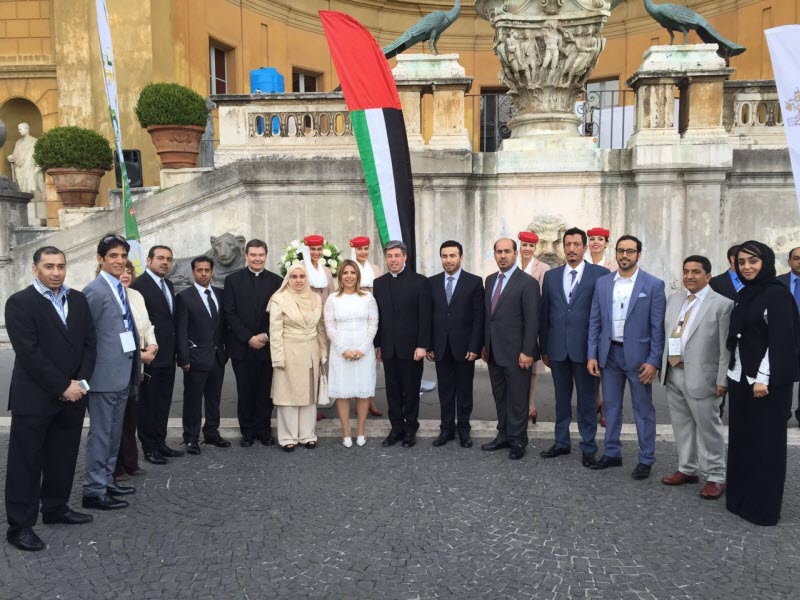 It was an extraordinary evening and a pious experience as the UAE flag fluttered in the Vatican when the 300-plus delegates here in Rome to attend the HH Sheikh Mansoor Festival’s World Arabian Horse Racing Conference (WAHRC) visited the Vatican Galleries as special guests on Wednesday evening.

The HH Sheikh Mansoor Festival delegation was received by the Chief of Protocol at the Vatican, Jose Avelino Bittencourt and Michael Crotty, Official of Secretary of State at the Vatican.

HE Dr. Hissa and Ms Sawaya along with the other UAE envoys presented the Vatican a painting ‘Mercy’ – the painting is a work of art written in Arabic calligraphy and inspired by the Dome of the magnificent Sheikh Zayed Mosque and indicates that all religions are united by the mercy of God Almighty.

HE Dr Al Otaiba highlighted the pursuit of world peace by the UAE leadership. “It’s a big honor for me to greet you from the holy city, the Vatican, on the occasion of His Highness Sheikh Mansoor Bin Zayed Al Nahyan Global Arabian Horse Flat Racing Festival’s WAHRC.

“It is a pleasure to be the first Non Resident Ambassador of my country to the Vatican since 2010. Our President His Highness Sheikh Khalifa Bin Zayed Al Nahyan – May God protect him – and the UAE leadership promote tolerance as a key factor and a meeting point between the peoples and governments that are working together to achieve peace and prosperity.”

“There is no doubt that sport is a universal language enjoyed by the whole world and the United Arab Emirates is proud of its global role in sport in general and Arabian horses in particular. Arabian horses are the legacy of our fathers and grandfathers and carry the meaning of honor and pride, strength, loyalty and tolerance which are also the qualities enjoyed by the people of the UAE.”

Dr. Abdulla Elreyes stated that the UAE population comprises of 10 per cent Emiratis and 90 per cent drawn from over 200 nationalities, all living in peace and harmony.

The delegation, which comprised representatives of over 80 countries spent about four hours at the Vatican galleries. With English, French and Arabic translators facilitated by the Vatican Protocol Department, the delegation toured the galleries which houses historical manuscripts and works of art dating back more than 2,500 years! The visit ended with a gala dinner at the Vatican Galleries itself. 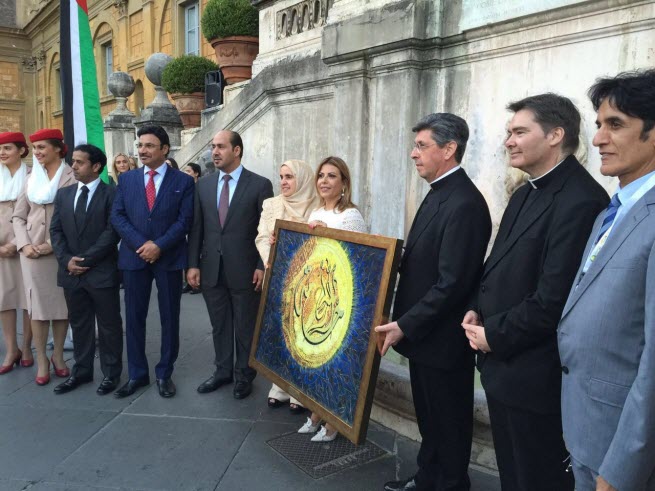