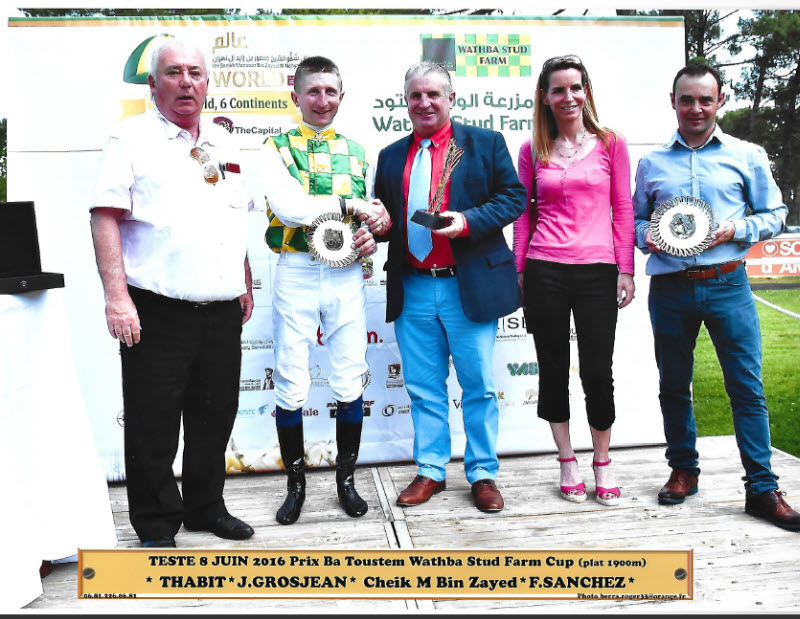 Owned by HH Sheikh Mansoor Bin Zayed Al Nahyan, Deputy Prime Minister of the UAE and Minister of Presidential Affairs, Thabit is another breeding success and in Wednesday’s win over 1900 metres showed a lot of potential.

Julien Grosjeans on Thabit was involved in a battle with Carsa Du Ginioux ridden by Ioritz Mendizabal but prevailed at the end. Omani raider Kasib under Roberto-Carlos Montenegro ran in to third place while Majida finished fourth under Michael Forest.

Wednesday’s race in the Wathba Stud Farm Cup series was the first of the two to be held in La Teste and second of the four to be staged in France.
Frederic Sanchez, trainer of Thabit, said, “This is his first win in four starts. In his last run he was unlucky when finishing second to Sha’hir in Dax last month. He has been improving with every race. He has the potential to progress into a top runner and we are looking forward to it.”

The winning jockey Grosjeans also praised the horse saying, “The horse that came second was finishing strongly but Thabit did not give him much chance and won well.”

Mussalam Al Amri, who heads Al Jazira Stables owned by HH Sheikh Mansoor said, “This is another breeding success for HH Sheikh Mansoor. Thabit’s sire Munjiz has produced many champions and Thabit has the looks of becoming one more.”

The next Wathba Stud Farm Cup race in La Teste is on July 23. 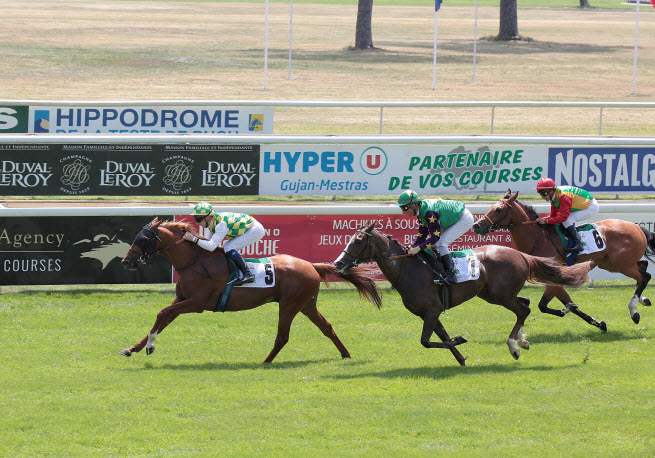