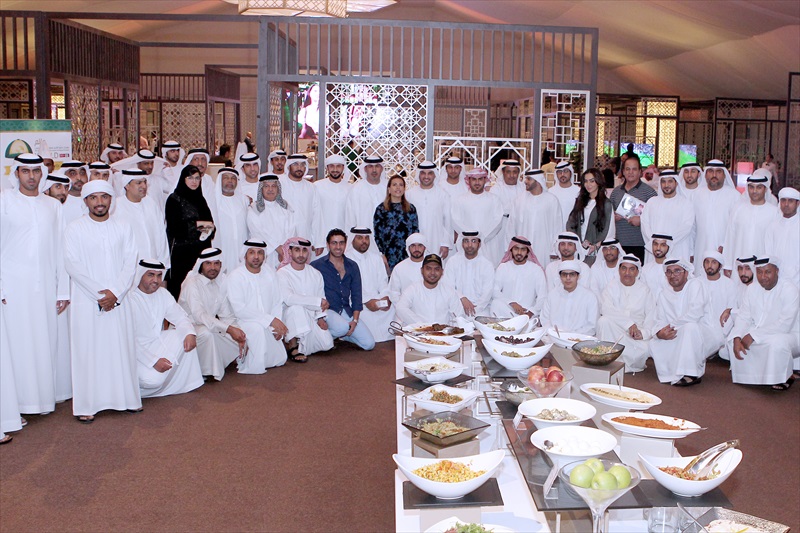 Sawaya said the gathering has been staged under the directives of HH Sheikh Mansoor Bin Zayed Al Nahyan after the end of the 7th conference to bring together all the Arabian racing community to strengthen the ties between them pointing out that the invitation was equally directed to the flat-racing and endurance fraternities. She thanked HH Sheikh Mansoor for his unlimited support for the Arabian horse in general and the Festival in particular that has eventually culminated in the international popularity of the festival and its far reaching activities which cover the six continents of the world under the slogan of One World, 6 Continents Abu Dhabi The Capital.

Essam Abdulla thanked HH Sheikh Mansoor Bin Zayed Al Nahyan for his support for the Arabian horse which has greatly helped the society in carrying out its duties saying that currently an estimated 13,000 Arabian horses are in training and this puts the UAE at the top of the Arab countries. “UAE exports around 500 horses every year to the Gulf and Europe as well as to other parts of the world while it imports 250-300 horses as per the official records of the society,” he said.

“Saudi Arabia comes second with 11 to 12 thousand horses. The breeding ranges between 700 to 800 foals in the UAE,” he added.

All guests were treated to a feast and there was also a draw with prizes on offer.