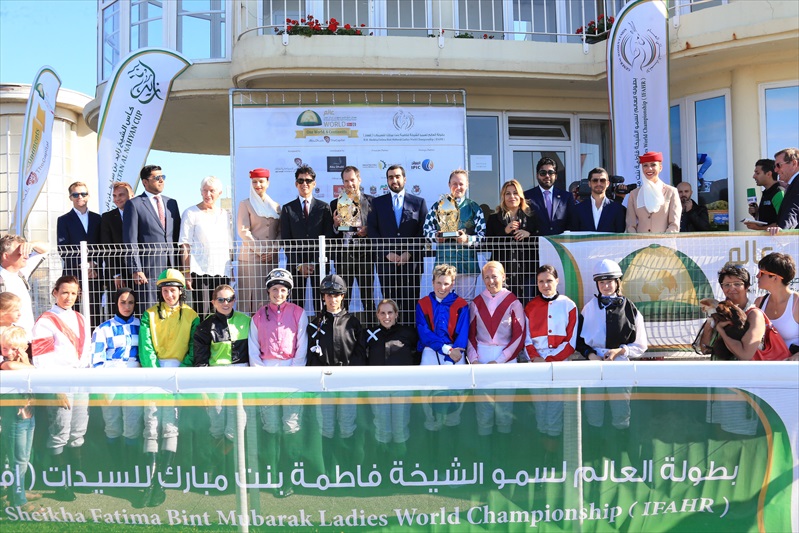 The two premier races of the HH Sheikh Mansoor Bin Zayed Al Nahyan Global Arabian Horse Flat Racing Festival produced some exciting fare for the packed stands as the Festival runs into one of its busiest periods of the year.

The 1800-metre Sheikh Zayed Bin Sultan Al Nahyan Cup (Group 3) race with a prize fund of Euros 35,000 had attracted a very strong field with the fancied duo of Al Mahdod and Al Nashmi from the Al Shaqab Racing but it was another Qatari-owned horse that sprung a surprise.

Mickael Forest on Sha’hir, owned by HH Sheikh Mohammed Bin Khalifa Al Thani, made a decisive move to forge ahead as the horses turned for home and that turned out to be the winning formula.

Qatari jockey Faleh Bughenaim, aiming for his second Group 3 success on Al Mahdod, lead for most part of the race with Sha’hir in close pursuit. However the pace seemed too hot and once Sha’hir hit the front Al Mahdod could not keep pace though stablemate Al Nashmi under Thomas Messina took over.

Al Nashmi made a strong effort to catch up with Sha’hir, but the 5-year-old son of Amer, trained by Francis Rohaut, held on to win by over two lengths. 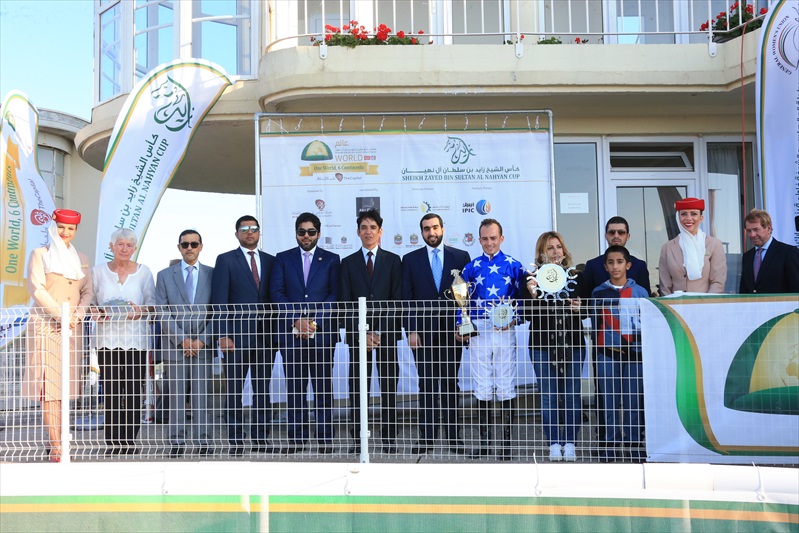 In the 5-furlong sprint for a place in the grand final of the HH Sheikha Fatima Bint Mubarak Ladies World Championship in November in Abu Dhabi, it was 39-year-old Briton Catherine Walton who topped the pack.

Racing for the first time on a Purebred Arabian horse and also for the first time in Belgium, Walton steered Messi to a great win with a blistering run through the centre. L’Eau Du Tigre under Peelman and Cali De L’Ardus under Italy’s Jessica Marcialis finished in that order in the Euros 30,000 race.
The jump jockey from North England said: “I was looking forward to this ride and I just tried by best.”

Messi, owned and trained by Vido Keersmaekers, was a popular win for the home crowd.

UAE envoy Abdullah Marzouki hailed the support of the UAE leadership in promoting the country’s heritage sport like Arabian horse racing. “This Festival is a tremendous and highly successful effort in promoting the heritage sport around the globe and we thank HH Sheikh Mansoor Bin Zayed Al Nahyan, Deputy Prime Minister and Minister of Presidential Affairs and Her Highness Sheikha Fatima Bint Mubarak, Chairwoman of the General Women’s Union, Supreme President of the Family Development Foundation (FDF) and Head of the Supreme Council for Motherhood and Childhood for this,” he said.

“Today’s racing was top class and the huge audience enjoyed in thoroughly. We now are in the midst of a very busy schedule for the Festival,” said Ms Lara Sawaya. 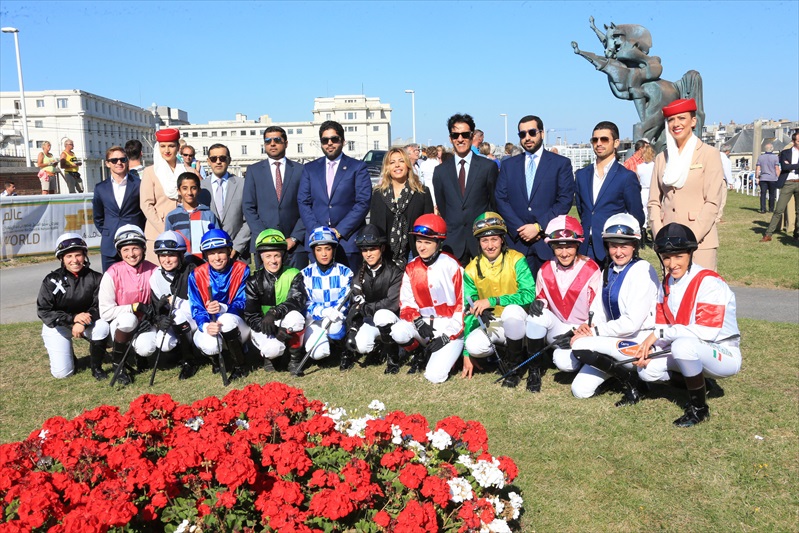 “Last week we were in Denmark, now in Belgium, next week we have the Festival’s races in Sandown Park in the UK, followed by the races in Poland and then before the end of August we have a race in Kazan, Tatarstan,” she said.

Xavier Ziani, the Festival’s Ambassador said: “In the Sheikh Zayed Cup race, Sha’hir was expected to run a big race after his recent form in La Teste. It was an open field, the race was quick and the pace was fast and a great finish by Sha’hir.” 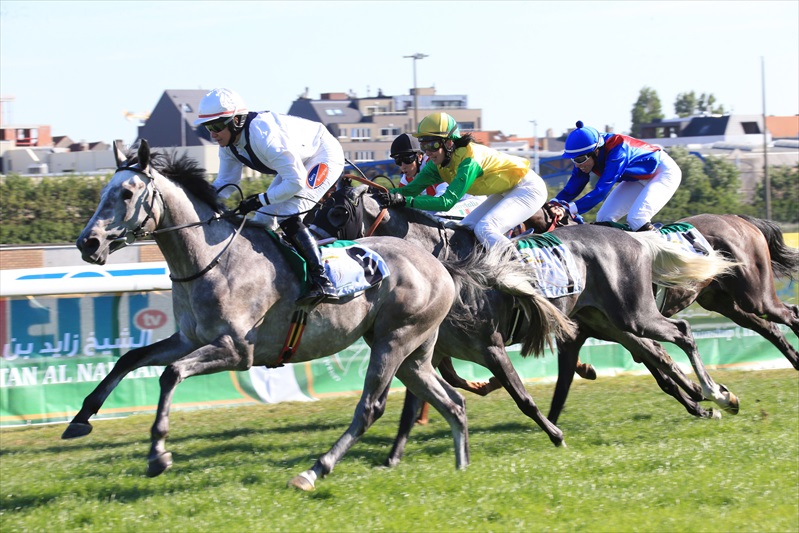