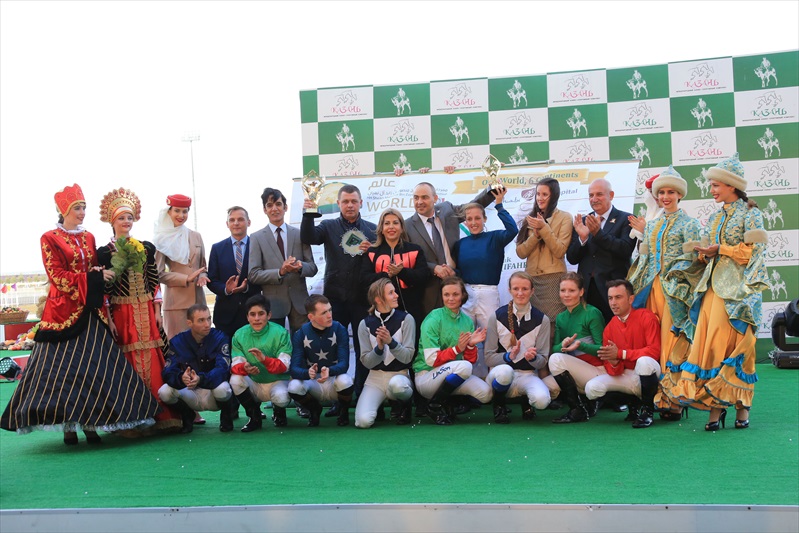 Riding 4-year-old grey Katrusya, a reserve runner that got into the starting line-up after Amanta, the horse that Goudman was to ride got injured, the Belgian won with much to spare with the other runners way behind.

At one stage, Goudman on Katrusya was leading by over 20 lengths before she eased up and still won comfortably in a time of 1:51.46 in the Euros 20,000 race which was contested over a distance of 1600 metres.

“It was a great race for me and my horse and she was too good for her rivals. I am very happy and proud to be representing Belgium in the World Championship in Abu Dhabi. I thank the Festival for creating this championship series to help us Apprentice jockeys compete all over the world,” said the 21-year-old Goudman, who was winning her 7th race.

Ms. Lara Sawaya hailed the excellent atmosphere that prevailed at the Kazan racecourse and said, “We are happy to come back and stage this race for the second successive year. We had a Korean, an Italian and a Bahraini Apprentice who have already qualified for this year’s final and Belgium’s Goudman now joins that list.”