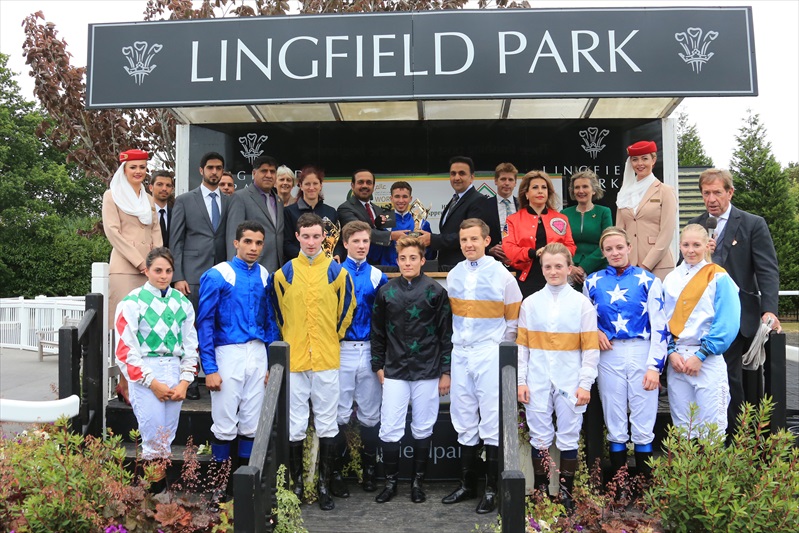 Puerto Rican Evin Roman revealed a lot of promise as the 18-year-old steered the Owen-trained Emiraaty to edge past Aljawaaher under Ireland’s Keith Moriarty and win the 1600-metre race to qualify for the HH Sheikha Fatima Bint Mubarak Apprentice World Championship final to be held on November 13 in Abu Dhabi.

While just a neck separated Emiraaty and Aljawaaher, another HH Sheikh Hamdan-owned horse, Munbaher under Omani Apprentice Yahya Al Hamdani, finished third another length behind after leading for most of the race. Karar, winner of the last two runnings of the UK stage of the HH Sheikha Fatima Apprentice series, finished fourth under American Corey Mongan.

James Owen who trained the winner on behalf of HH Sheikh Hamdan Bin Rashid Al Maktoum, was pleased with the result saying. “It was a really good performance. Unfortunately Evin couldn’t speak any English, and I think this was his first time on an Arabian, however he got on great with him. The horse travelled really well and ran all the way to the line for him,” said Owen, who saddled his 8th winner for Sheikh Hamdan with a string of 12 Purebred Arabian horses in his yard.

“This is a great experience for me, I have never been to the UK before and now I am excited to be going for the final in Abu Dhabi,” said the winning Puerto Rican. It was his second win in 10 starts.

Ms Sawaya hailed the debut of an Apprentice jockey from Jordan in the HH Sheikh Mansoor Festival. “We will be inviting Milly Naseb to the final of the HH Sheikha Fatima Bint Mubarak Apprentice World Championship in Abu Dhabi on November 13. Today’s race is evidence of the promise that the jockeys of the future possess. There is one more race in this series to be held in Tarbes, France next month,” she said.

ARO Racing Manager, Amanda Smith commented. “The race produced a really exciting finish and will be a memorable experience for Evin Roman. It was also a great way to end to the extensive range of HH Sheikh Mansoor Festival-sponsored races held in the UK this year.” 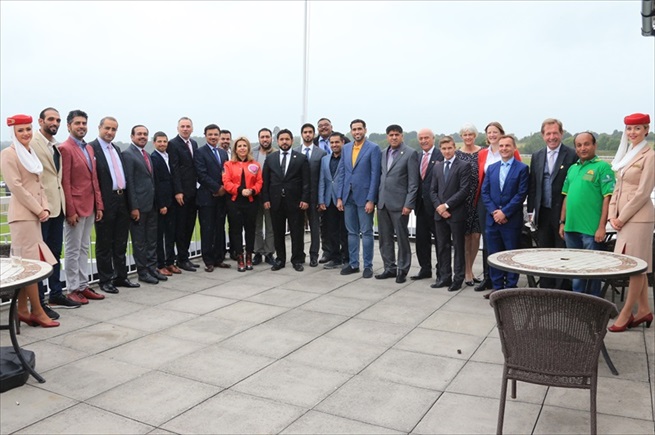 Genny Haynes, ARO Director, added, “It has been wonderful to be able to host another stage of the HH Sheikha Fatima Bint Mubarak Apprentice series, held this year at Lingfield Park, following previous events at Sandown Park and Newbury. Our British racecourses are among the best in the world and we welcome the opportunity for the young jockeys to experience them.” 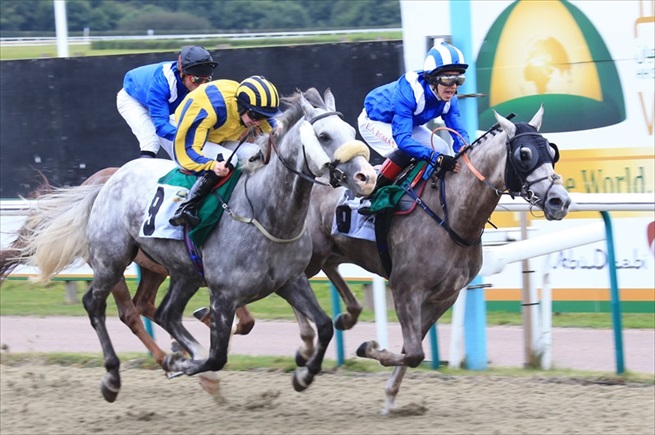