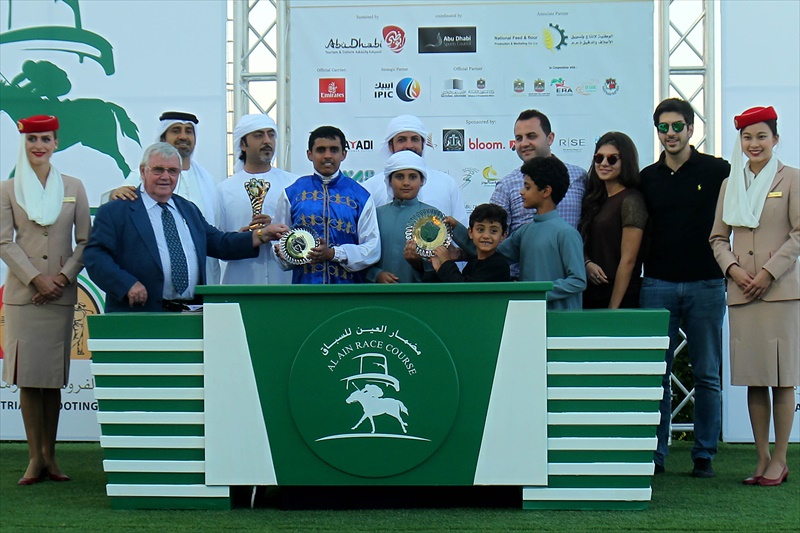 Abdul Ghani Abdulla owns the 4-year-old son of Madjani and the US bred RB Goliath took .1:07:25 for the five-furlong sprint.

It was RB Goliath’s first win locally at the second attempt, and second in his fledgling race career. The winning jockey Saeed Al Mazrooei jockey said: “He did that quite nicely and the trainer was fairly hopeful coming into the race.”

“After a one year layoff, I have decided to race him on turf last Sunday in Abu Dhabi though I was well aware that he is a dirt horse. That was the only open chance in front of him to stretch his legs and he has benefited from the run. Saeed Al Mazrooei gave him great ride and fortunately my horse was in good form. All factors of success have combined together tonight,” he added.

Taha Aljaffal, Maria Rita Antypas and Karl Sad presented the prizes and trophies to the winning trainer who has also received the trophy on behalf of the winning owner. 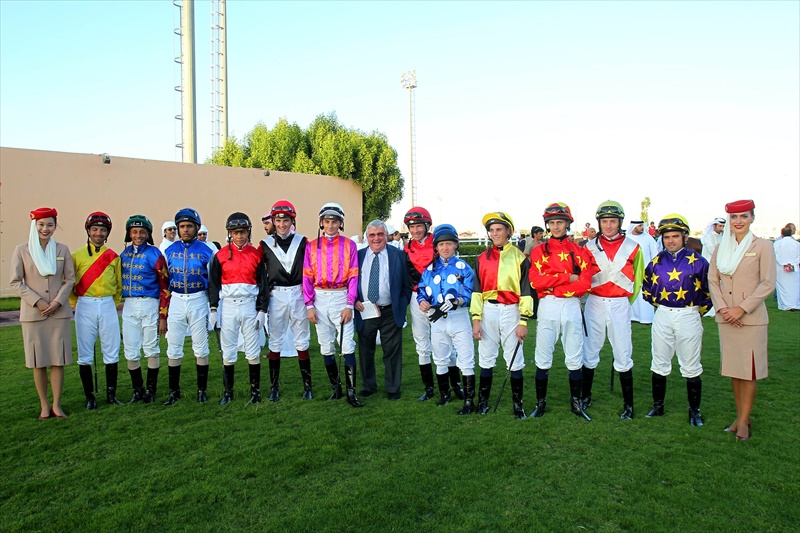 Later on Friday, the featured 1600m handicap was won in dramatic fashion by Hamares.

Hamares is owned and was bred by HH Sheikh Mansoor Bin Zayed Al Nahyan, UAE Deputy Prime Minister and Minister of Presidential Affairs. The Majed Al Jahouri-trained Hamares appeared to hold little chance at halfway but his jockey, Royston Ffrench, is not one to concede defeat.

He demanded a response from his mount, rousting him along on the far turn and, on the long home straight, was rewarded with Hamares flashing home in the final 100m to lead close home and snatch an unlikely victory.

“He really picked up nicely when it mattered,” said Ffrench. “We know he stays further so hoped he would be staying on late and that is exactly what happened.”

“Al Ain race course is very important as they stage a lot of Purebred Arabians races and we are delighted that our race opened the season’s meeting.