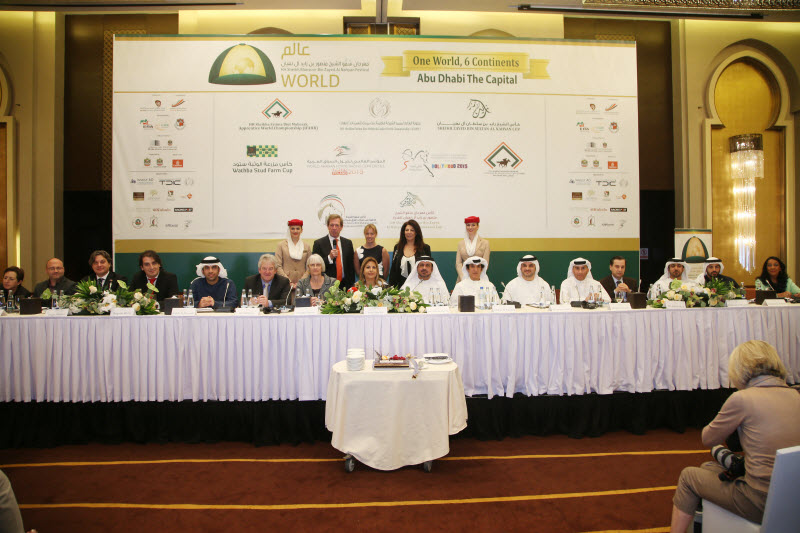 “It’s going to be a promising year for breeders, trainers, jockeys and connections starting from Al Flaij racecourse in Muscat, Oman which will be the venue for the first round of the HH Sheikha Fatima bint Mubarak Ladies World Championship on January 16, and ten days later the lady jockeys travel to Australia to race at Sportingbet Park.

“In February, Manama, Bahrain will host the third leg of the competition, followed by St. Moritz in Switzerland where only professional girls face the starter on the ice. There will be only one race in March, the fifth leg of the championship at Sam Houston Park in Texas on March 8. Casa Anfa in Morocco hosts the sixth leg on April 11, followed on April 17 by the seventh round at the Hippodrome Racecourse in Toulouse.

“The girls will race for the first time on the AW track at Lingfield, UK on May 9 before they head for Warsaw on May 31st. Stockholm will host the tenth round on June 6 and Dundight in Netherlands welcomes the ladies on June 28. On July 6 the competition returns to USA at Pleasanton and the penultimate race will be at the Ostend racecourse in Belgium on August 17. The final will be held at the Abu Dhabi Equestrian Club on November 8,” she said.

Meanwhile, the Sheikh Zayed bin Sultan Al Nahyan Cup series coincide with the HH Sheikha Fatima bint Mubarak Ladies World Championship except for the opening race in Oman while the penultimate race of the series will be staged in Toulouse, France on October 28.

The endurance festivals which will also include the HH Sheikh Mansoor bin Zayed Al Nahyan Cup and the HH Sheikha Fatima bint Mubarak Ladies Endurance Cup will be held at nine venues in nine countries. They are: Fontainebleau, France during March 27 & 28, Fonterra, Portugal on May 1 to 3, and for the first time in Sardinia, Italy on June 26-27, Verona, Italy on July 24-26, Compiegne on August 22-24, Italy on September 25, and for the first time in Pinamar, Argentina on October 15-17, Fontainebleau, France on October 16-17, Red Range Australia on October 24-25 and a special endurance ride for Arab countries carrying the name of HH Sheikha Fatima bint Mubarak (Mother of the UAE) to be held in Bahrain.

Meanwhile, Dolby Theatre in Hollywood will be the home of the HH Sheikha Fatima bint Mubarak Darley Awards for the second straight year on April 3, 2015. The World Arabian Horse Racing Conference will be staged in Warsaw, Poland from May 27 to 31, 2015. Finally, the HH Sheikha Fatima bint Mubarak Training Schools (IFHRA) Conference will be held in Abu Dhabi from November 7 to 9, 2015.

“We are also directed by HH Sheikh Mansoor bin Zayed Al Nahyan to increase the prize-money for the finals of the three championships besides a special bonus to be provided by the festival for all participants and breeders of the winning horses,” she confirmed.

Regarding the US Triple Jewel, Ms Sawaya said it will start with the Amethyst first leg from Sam Huston, the Emerald round at Pleasanton and the Diamond final leg at Los Alamitos while the Triple Crown for Europe kicks off in Toulouse through Dundight and Warsaw.

“There will be two Group-1 races in the Sheikh Zayed bin Sultan Al Nahyan Cup series at Lingfield, UK and Ostend in Belgium besides an international race in Warsaw,” she added.

“The festival races will go live online in the Racing Post where the lovers of the races will have direct access to the results and race cards on line. The festival has become now a major sponsor of the newspaper,” she said. 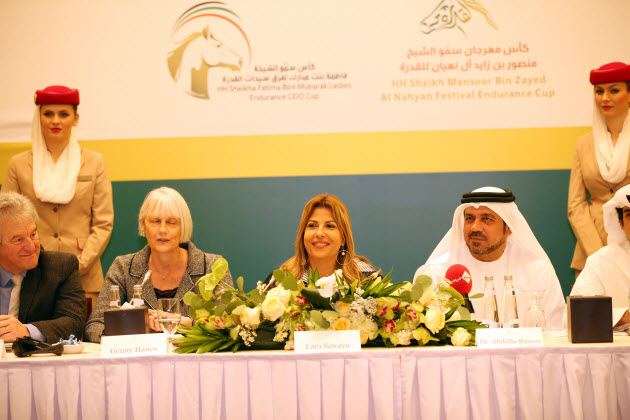