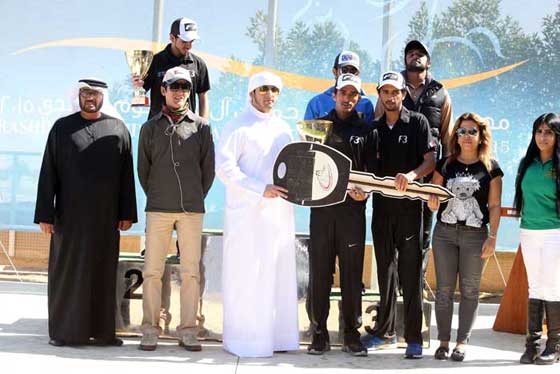 Ghanim Saed Salim Aliwaisi on Castlebar Gigolo and Abdulla Ghanim Al Marri on Rubis Du Chatel held hands as they crossed the line almost together though Ghanim was just a second ahead of his colleague after the 120-km contest.

Earlier in the morning 159 riders took part in the 4-stage ride which focussed on riders from GCC countries and was sponsored by Sheikh Rashid bin Hamdan Al Maktoum. The ride was in four stages of 40kms, 40kms, 20kms and 20kms.

Both F3 riders Ghanim Saed and Abdulla Ghanem were always in the leading pack of riders and with the final 20 kms left the winner was placed second behind his colleague.

The CEN120-km ride for the Emirates Championship (Open) event will be held on Saturday with riders getting off to a mass start at 7.00 am and six 4WD vehicles are up for grabs. 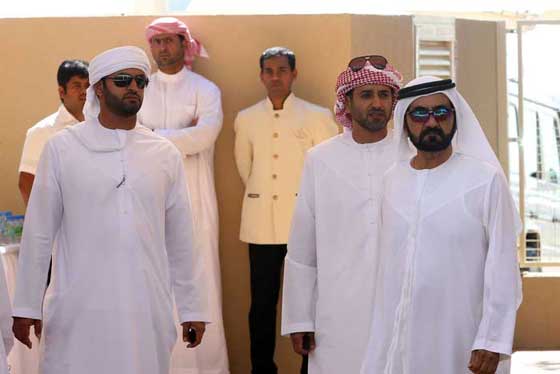 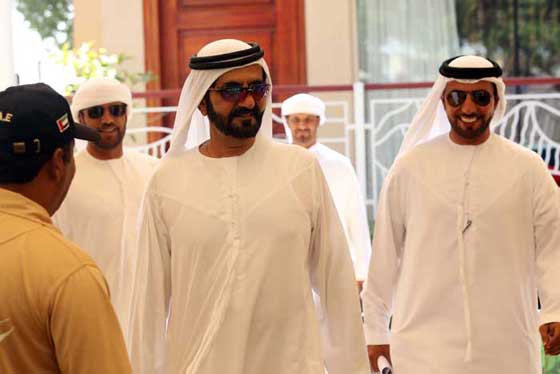 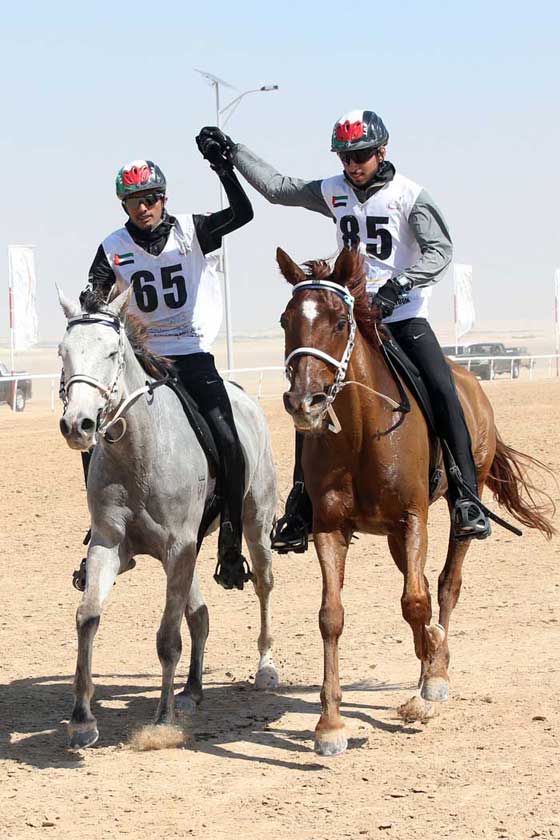 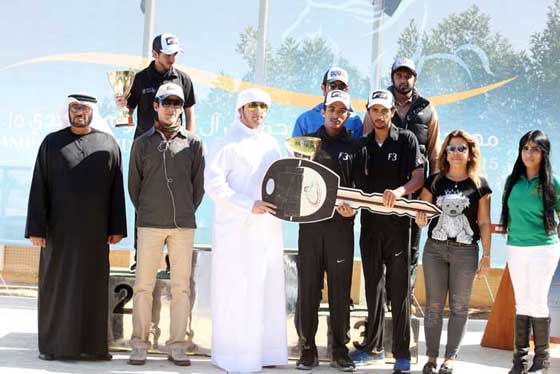