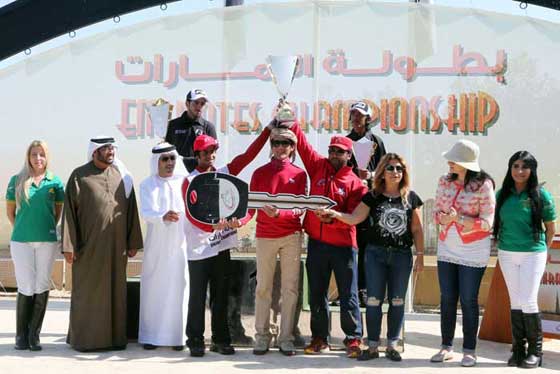 For Abdulla Ghanim Al Marri it was second time unlucky as the F3 Stables rider once again finished just a second behind the winner like he had on Friday behind Ghanim Saed Salim Aliwaisi on Castlebar Gigolo in the Sheikh Rashid bin Hamdan Al Maktoum Challenge Festival 120-km CEN endurance ride.

On Saturday, Al Marri on AS Emponchado finished a second behind Saif Ahmed Al Mazroui on Splendacrest Adage with Salim Said Al Owais on Terminator Te in third, a further one second behind, after a gruelling 120-km contest.

The first six riders were all awarded a 4WD vehicle each for topping the 120-km Emirates Championship which attracted 93 entries for the 4-stage ride. The ride was run in stages of 40kms, 40kms, 20kms and 20kms.

The winner Saif Ahmed Al Mazroui and Splendacrest Adage, a 10-year-old grey gelding trained by Ismail Mohammed, came up with a consistent display despite winning by a narrow one second. The pair finished third after the first 40-kms and after that led in each of the next three stages to complete the 120-km ride in 04hrs 17mins 01secs at an average speed of 28.01 kmph. 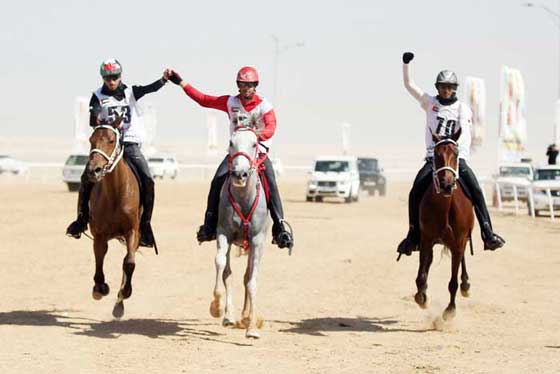 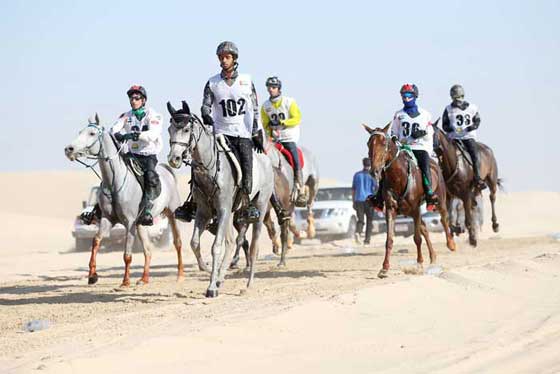 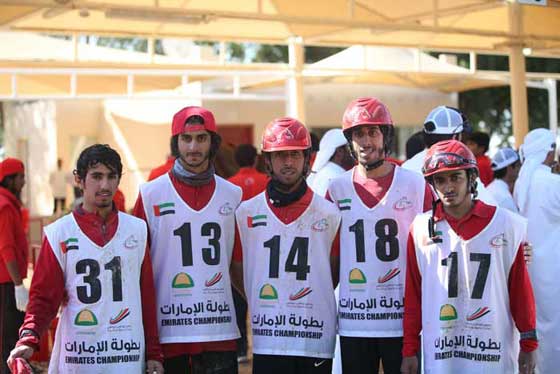 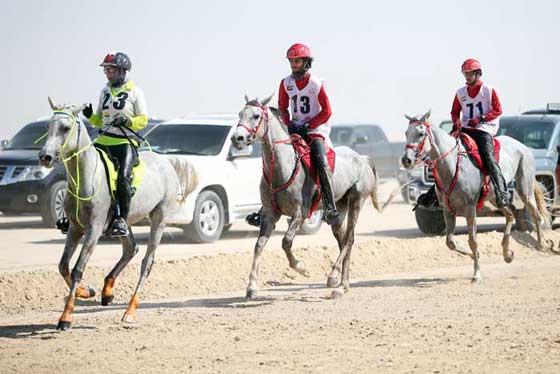 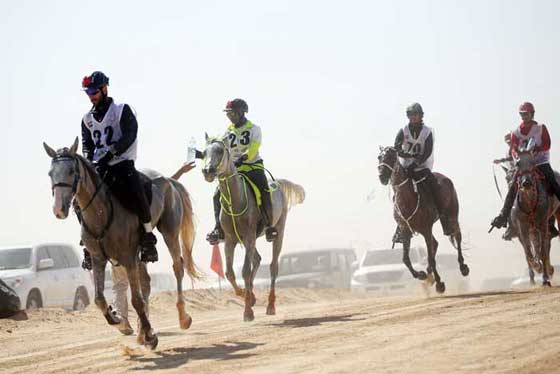 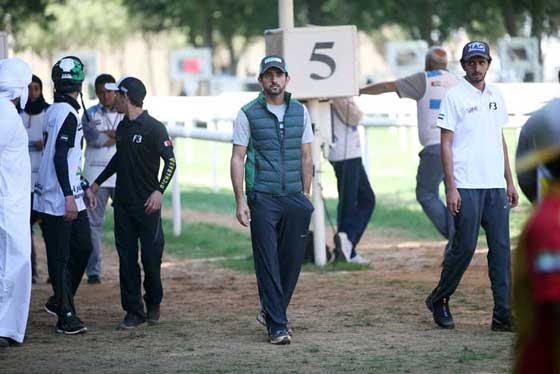 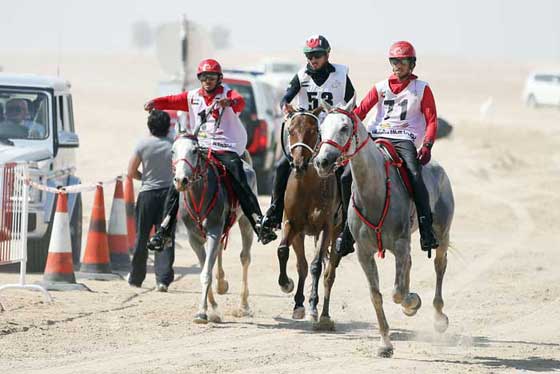 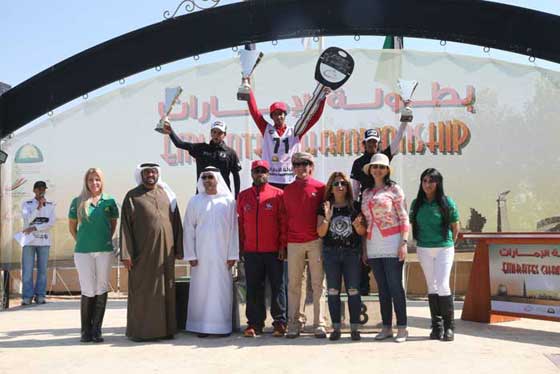 Girl Power lives up to her name, wins the Wathba Stud Farm cup in style