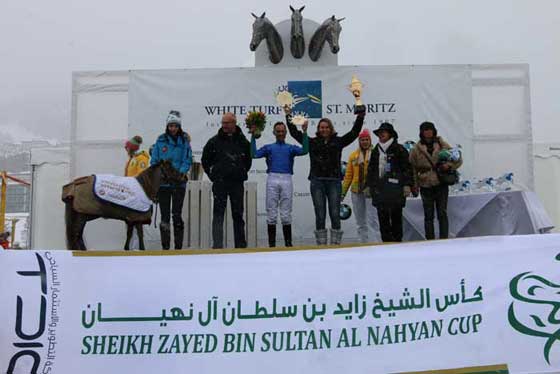 Nine horses go to post in this unique race which is held on the snow on the on the frozen lake in St. Moritz in the beautiful canton of Graubünden.

Sunday’s race on the White Turf will be a unique, exclusive, top-class event with exciting horse-racing, gourmet catering, lively music and inspiring art exhibitions, all taking place in winter sunshine on the frozen lake among the stunningly beautiful, snow-capped mountains of St Moritz making this event a special experience.

“After proving their racing ability on the dirt and turf racecourses in Gulf, Asia, Europe, Africa, Australia and the US, the Purebred Arabians will once again steal the limelight on the ice and snow course in St Moritz,” she said.

“We are looking forward to an exciting contest and the race will be telecast live in the UAE and will also be streamed live on the web, www.sheikhmansoorfestival.com,” Ms Sawaya said. 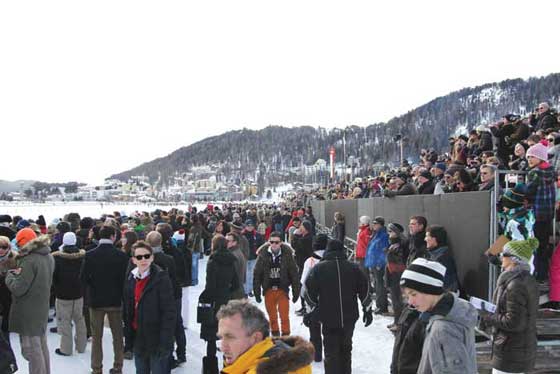 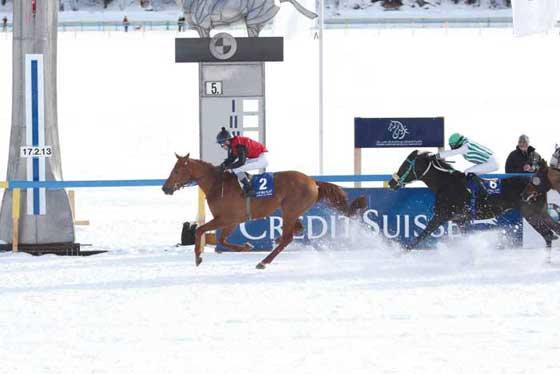