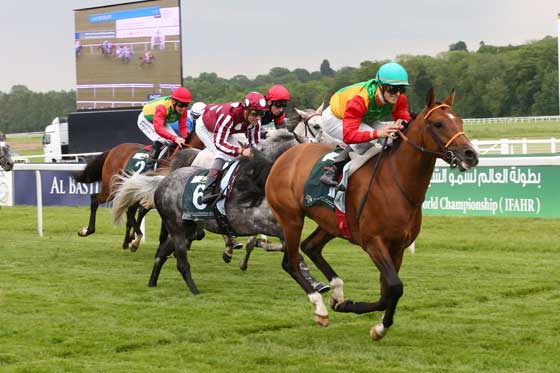 Ten have entered for the 1950-metre Prix Haras de Gélos – Wathba Stud Farm Cup contest on dirt and the prize money on offer is Euros 17,000.

Starting as favourite is one of the four runners from trainer Jean-Francois Bernard’s yard, Djet Taouy, owned by the Royal Cavalry of Oman.  The 6-year-old son of Dahess last year won the Festival’s Sheikh Zayed bin Sultan Al Nahyan Cup in Newbury and then went on to win the Group 1 President of the UAE cup in August at Newmarket. With David Michaux on board, Djet Taouy looks the one to beat.

Also in the fray are Bernard runners Burkan Al Khalediah, Haydar Al Khalediah and Al Mahdod, the last-named coming back after a long absence.

“France is an important country as it is one of the leaders in Purebred Arabian racing and breeding and we are delighted that their Arabian racing season starts with the Festival’s Wathba Stud Farm Cup,” said Ms Lara Sawaya, Executive Director of the HH Sheikh Mansoor bin Zayed Al Nahyan Global Arabian Horse Flat Racing Festival, Chairman of the International Federation of Horse Racing Academies (IFHRA) and Chairman of Ladies & Apprentice Racing Committees in the International Federation of Arabian Horse Racing Authorities (IFAHR). 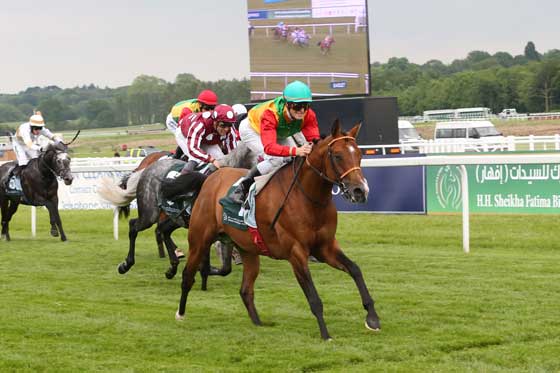