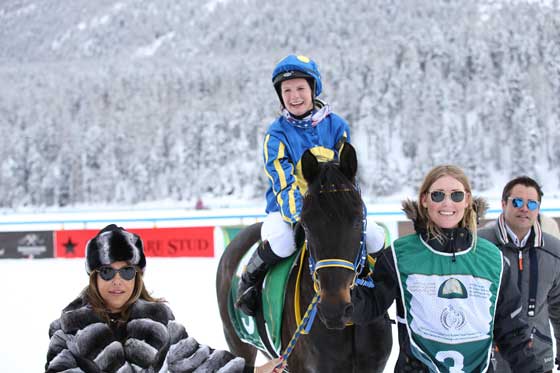 Alibaba Del Sol was on course to a third win on the ice and snow track after winning a fortnight ago and also in 2014 in the Festival’s Sheikh Zayed bin Sultan Al Nahyan Listed Cup. But on Sunday, Swiss lass Astrid Wullschleger helped the 6-year-old bay son of Magic De Piboul to hit the front with about 200 metres to go and then staved off a late challenge from the favourite to score a fantastic win.

It was only the third career win for the Sweden-based Al Janoob, owned and trained by Mrs Maria Hagman-Eriksson.

By winning the 1600-metre contest in the Euros 30,000 race Wullschleger becomes the third winner in the 2015 series to book a berth in the HH Sheikha Fatima bint Mubarak Ladies World Championship finale which will be held in early November in Abu Dhabi.

“It was a perfect race and it was also my first on an ice track,” the winner said.

“My trainer told me to push him to the front but we had a bad start. Plus I had a problem with my glasses as I was wearing an oversized one after mine broke,” she said.

“But Al Janoob was solid in the final stages and held on well to beat a champion horse in Alibaba Del Sol,” said Wullschleger, who works with race horses and hails from the local of Graubünden.

HE Suleiman Al Mazrouei hailed the vision of His Highness Sheikh Mansoor bin Zayed Al Nahyan, Deputy Prime Minister of the UAE and Minister of Presidential Affairs for bringing the Festival’s Arabian races to different parts of the world. “These races have strengthened the bond between the UAE and the countries where the Festival’s events are held,” he said.

Saqr Nasser Al Raisi, UAE Ambassador to Italy said it was sheer pleasure to see the lady jockeys battle it out on the tough challenging ice and snow tracks and praised Her Highness Sheikha Fatima bint Mubarak, Chairwoman of the General Women’s Union, Supreme President of the Family Development Foundation (FDF) and Head of the Supreme Council for Motherhood and Childhood for making this happen.

Ms Lara Sawaya said it was the third year that the HH Sheikh Mansoor Bin Zayed Al Nahyan Global Arabian Horse Flat Racing Festival had  made a stop at this unique White Turf. “To see nearly 30,000 spectators watch the action on the ice and cheer the lady jockeys and the Purebred Arabian horses has given us great satisfaction and pride,” she said.

Ahmed Al Fahim from TDIC said it was exciting to watch the Arabian horses tackle the ice tracks like they do on the dirt and turf tracks while Adnan Sultan, Director General of the Abu Dhabi Equestrian Club said the display by the lady jockeys was a huge step forward in the progress of the Festival’s activities. 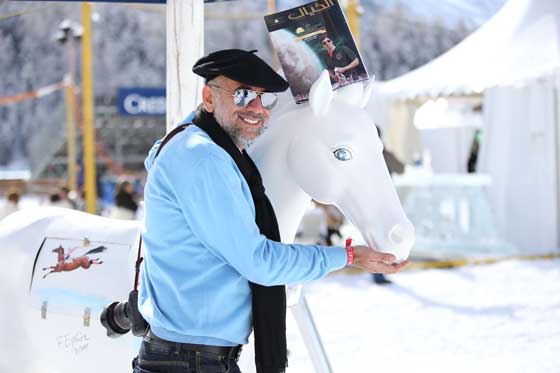 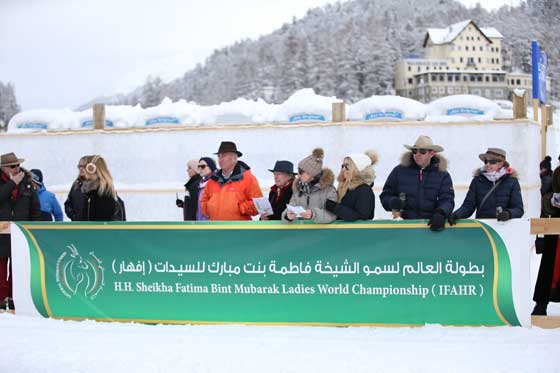 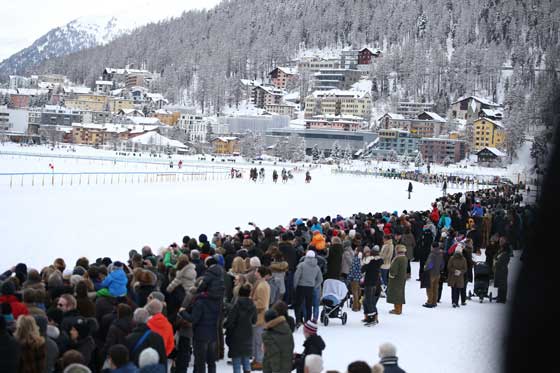 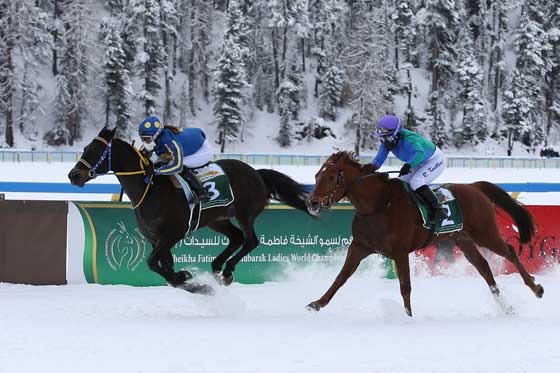 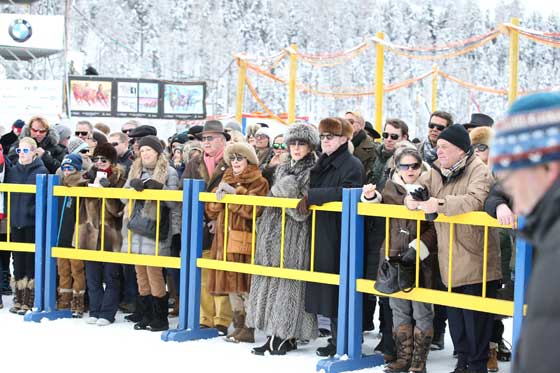 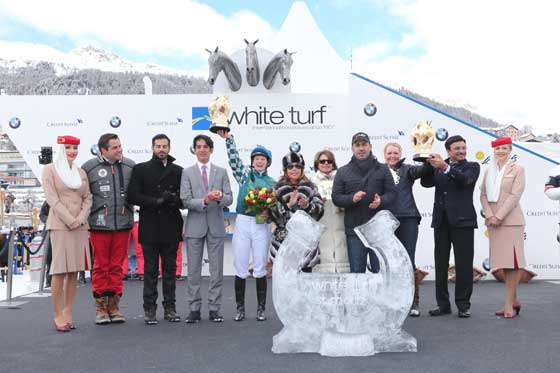 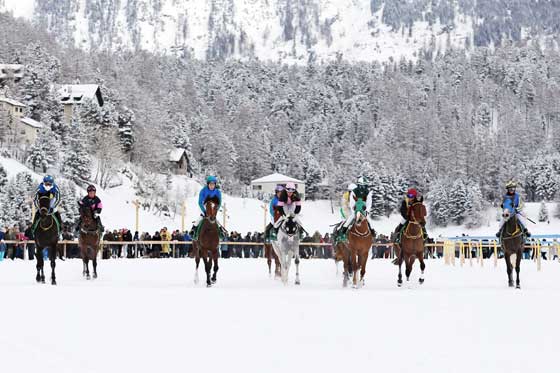 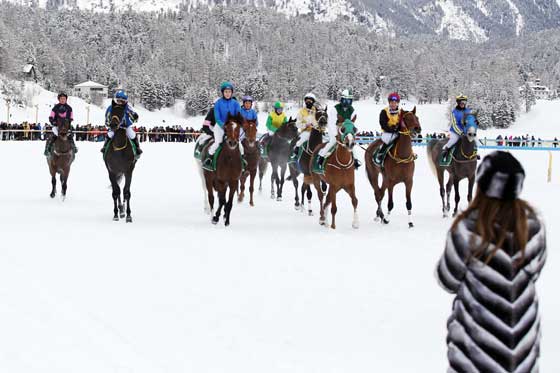 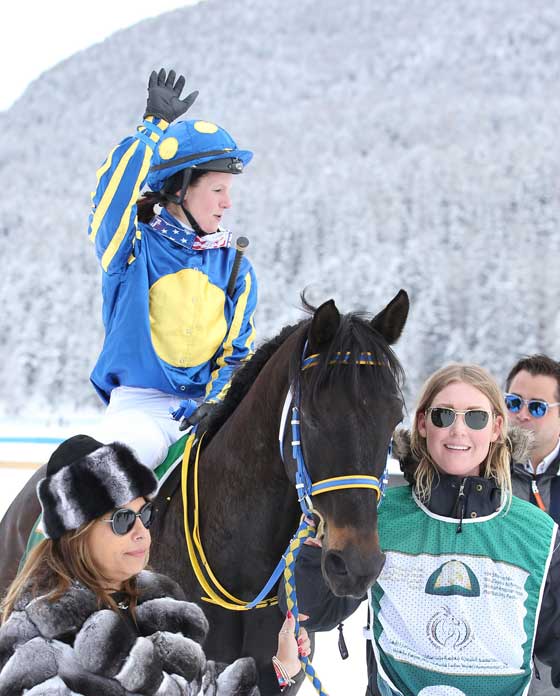 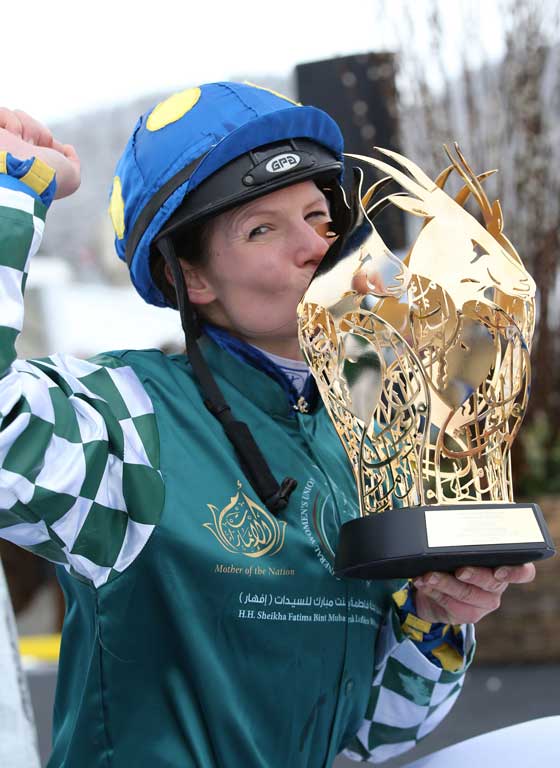 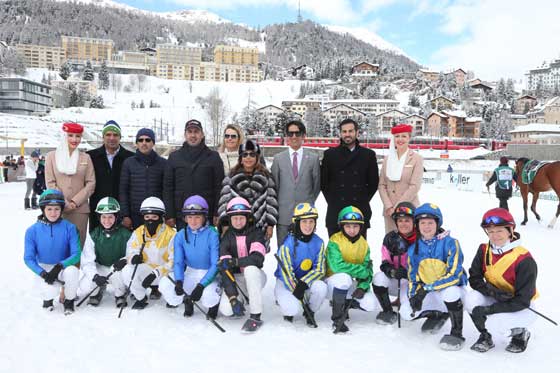 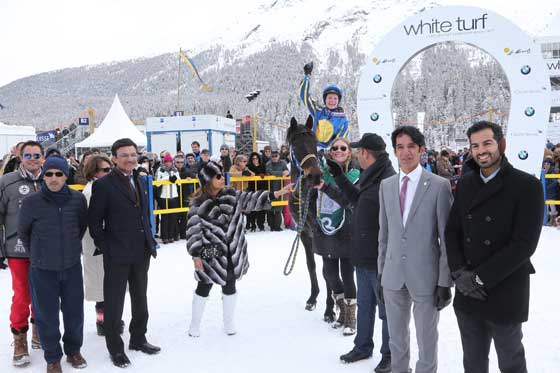 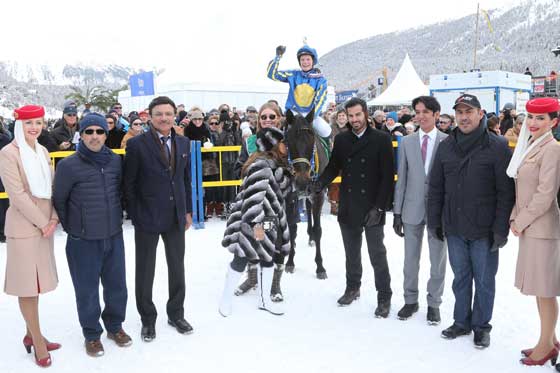 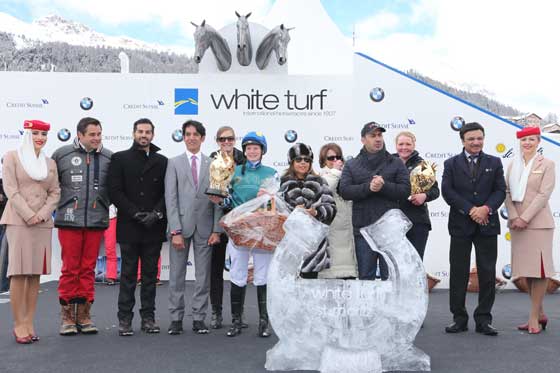 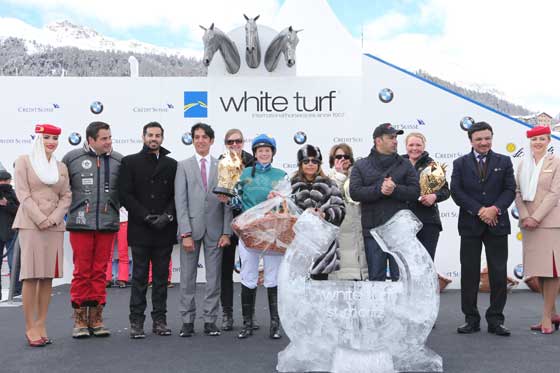 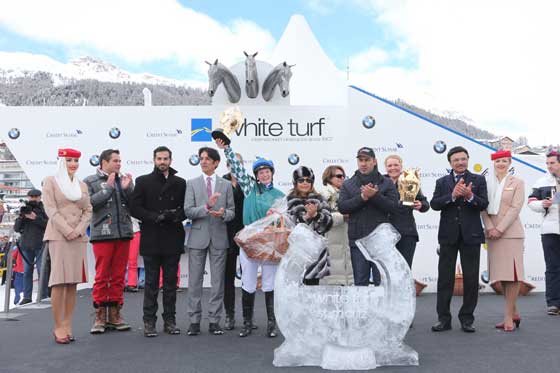