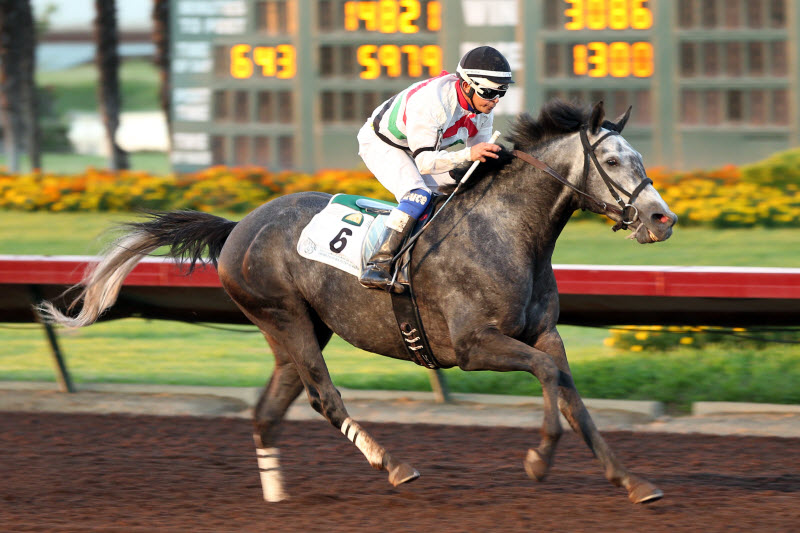 The HH Sheikh Mansoor bin Zayed Al Nahyan Global Arabian Horse Flat Racing Festival kick starts its campaign in the US with two quality races at the Sam Houston Race Park in Houston on Saturday that will see the launch of the Triple Jewel series.

Twelve of the best Purebred Arabians will be lining up to make history in the US$ 45,000 Sheikh Zayed bin Sultan Al Nahyan Cup – Amethyst Jewel a Grade 1 race which is also the first leg of the three-race Triple Jewel.

“The Triple Crown which has been in place for the Sheikh Zayed bin Sultan Al Nahyan Cup races in Europe has been a big hit and now to encourage top notch Purebred Arabian racing in US we will from this Houston race launch the Triple Jewel,” said Ms Lara Sawaya, Executive Director of the HH Sheikh Mansoor bin Zayed Al Nahyan Global Arabian Horse Flat Racing Festival, Chairman of the International Federation of Horse Racing Academies (IFHRA), Chairman of Ladies & Apprentice Racing Committees in the International Federation of Arabian Horse Racing Authorities (IFAHR).

“The Triple Jewel will carry an additional bonus of US $ 150,000 and will be given to the top horse of the series. Horses will gain points based on their finish in each of the three races and the one with most points will collect the bonus,” Ms Sawaya said.

Valiant Boy SbFar –trained by Elizabeth Merryman has been unbeaten in 2014, winning each of his stakes appearances. Top Los Alamitos jockey Ramon Guce jets in to ride and will break from post position eight. Guce notched his 1,000th win on February 14 at the Southern California racetrack and the pair starts as favourites.

The Scott Powell-trained Paddys Day under Kelsi Purcell is a 4-year-old Burning Sand colt and comes into this race having won three of his last four starts.

Among the other strong contenders are Sammy V, Quick and Rich and So Big Is Better.

Before the Grade 1 Zayed Cup, 10 fillies under lady jockeys will battle for a slice of the US $38,500 on offer in the HH Sheikha Fatima Bint Mubarak Ladies World Championship IFAHR Cup.

Laura Giesgen has been drawn to ride the Powell-trained Ms Dixie and the multiple-stakes winner is in pursuit of her sixth consecutive victory. Ms Dixie was the runner-up in this feature last year and will be starting as the favourite with All N All as her main challenger.

The Lynn Ashby-trained All N All is fresh from a Grade 2 win in Texas Yellow Rose on February 21. The 4-year-old Dahess filly is undefeated in her two career efforts and will be ridden by Alexandra Bihari.

Trainer Jerenesto Torrez runs four fillies and RB Frynch Broad was the runner-up in the Yellow Rose and will be ridden by Whitne Hurst. His other contenders are Dhaan, DC Willeys Song and Throughleap.

“The two races have drawn runners of the highest calibre and we are expecting a fantastic night of racing on Saturday,” Ms Sawaya said.