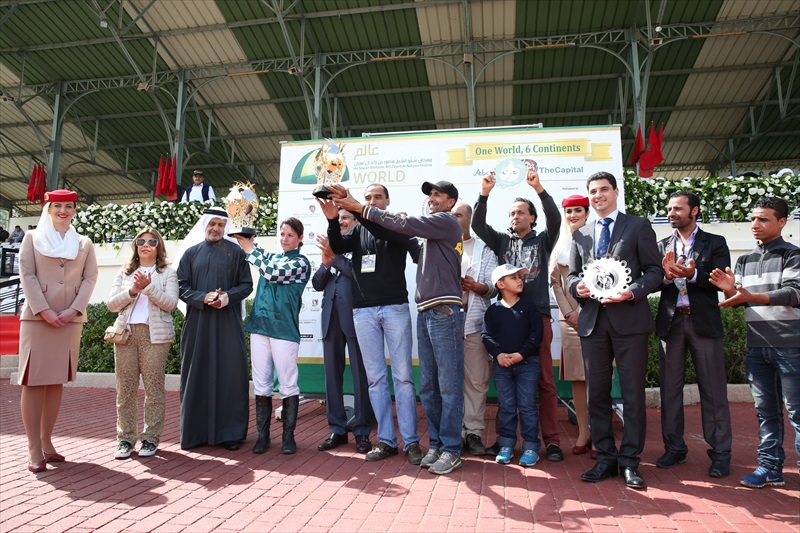 “She’s an easy going mare,” the jubilant winner said later. “I have followed the instructions of the trainer by keeping my mount just off the pace and hit the front as the pack turned for home. Yakout Al Boraq never let me down when I have asked her to improve,” Mercier said.

Korean lady jockey A-Na Lee broke nicely from stall nine onboard Romh L’Atlas and won the battle for the lead followed by Slovakian jockey Michala Kucharikova astride Labess Maamora while the winner was perfectly poised on the outside.

“Yakout Al Boraq has impressed me. She was always going well,” the winning jockey added.

Labess Maamora chased the winner home to take second under Kucharikova while the hot favourite Ksarah, ridden by the Moroccan lady jockey Bouchra Marmoul, came with a late run to finish third.

Meanwhile, the riders were reduced to nine before the start after the late withdrawal of top weight Fath BS, the mount of the Omani representative Azhar Al Wardi.

“I was informed of the scratching of my horse only a few minutes before the ride and this is a normal practice in the equine sport,” Al Wardi commented.

The winning owner and trainer were over the moon and thanked His Highness Sheikh Mansoor Bin Zayed Al Nahyan, and Her Highness Sheikha Fatima Bint Mubarak, Chairwoman of the General Women’s Union, Supreme President of the Family Development Foundation (FDF) and Head of the Supreme Council for Motherhood and Childhood and Mother of the World, for their great support and encouragement for Arabian horse breeding and racing. 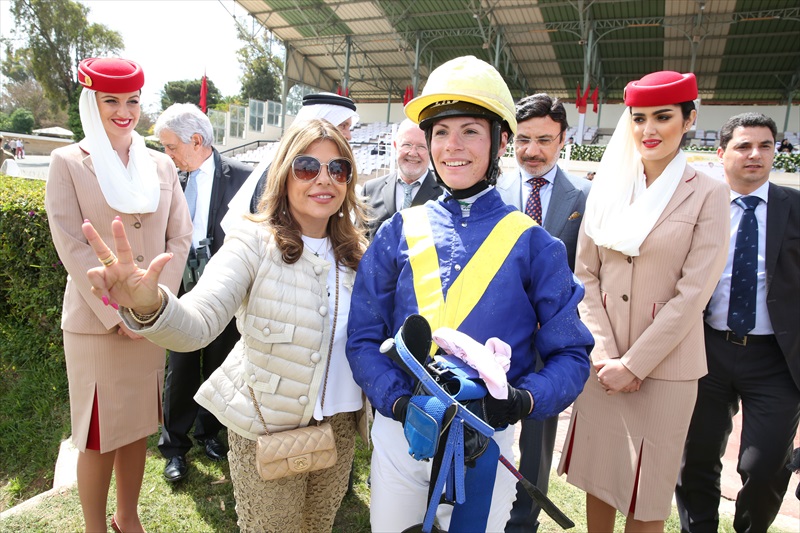 “The support which is received by sports sector in the UAE underlines the keenness of the wise leadership of His Highness the President Sheikh Khalifa Bin Zayed Al Nahyan and his brother His Highness Sheikh Mohammed Bin Rashid Al Maktoum, UAE Vice-President and Prime Minister and Ruler of Dubai and General Sheikh Mohammed bin Zayed Al Nahyan, Crown Prince of Abu Dhabi, Deputy Supreme Commander of the UAE Armed Forces coupled with the role which is played by HH Sheikh Mansoor to promote sports in general and Arabian horse races in particular,” the UAE Ambassador said.

Ms Sawaya announced that the seventh round of the HH Sheikha Fatima Bint Mubarak Ladies World Championship (IFAHR) will be held in Toulouse alongside the first leg of the Sheikh Zayed Bin Sultan Al Nahyan Cup Triple Crown, on Friday.

“Ten amateur girls will be racing in Toulouse as per the prevailing rules bidding to clinch the seventh spot in the finale to be run in Abu Dhabi in November,” she said.

“The second leg of the Triple Crown will be held in Duindigt, Holland on June 28 and the final round will be staged at the Sluzewiec Racecourse in Warsaw, Poland on August 23, en route to the world’s richest Arabian horse race, the Euro 1.2m Group-1 Sheikh Zayed bin Sultan Al Nahyan Cup at the Abu Dhabi Equestrian Club in Abu Dhabi, The Capital, on November 8,” she confirmed.