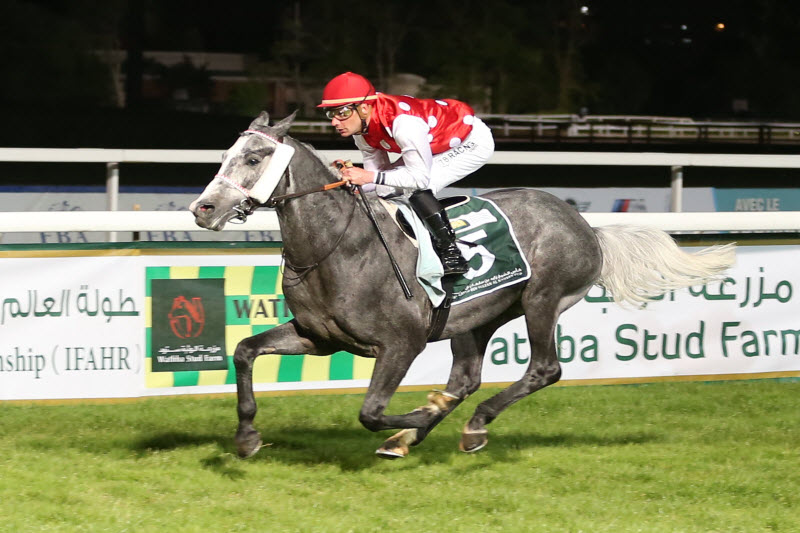 Defending champion Sir Bani Yas will be one of the favourites. Raced by His Highness the UAE President Sheikh Khalifa Bin Zayed Al Nahyan and trained in France by Jean-Francois Bernard, the five-year-old son of Amer won both 2014 starts and the connections will be looking forward for a great start of the series which culminates in the world’s richest Arabian horse race, the 1.2m Euro Sheikh Zayed Bin Sultan Al Nahyan Cup Group 1 at the Abu Dhabi Equestrian Club in Abu Dhabi on November 8.

“Sir Bani Yas is working well and hopefully he would be the one to beat in the race,” said a confident trainer JF Bernard.

Bernard also saddles the Saudi top weight Ghadanfer Al Khalediah, JB Eyquem up, in a bid to find his strides after a long layoff.

“He did well last season and has won one of his four outings while finishing second, fifth and sixth respectively in the rest,” Bernard clarified.

Both events are held under the directives of the His Highness Sheikh Mansoor Bin Zayed Al Nahyan, Deputy Prime Minister of the UAE and Minister of Presidential Affairs and Her Highness Sheikha Fatima Bint Mubarak, Chairwoman of the General Women’s Union, Supreme President of the Family Development Foundation (FDF) and Head of the Supreme Council for Motherhood and Childhood under the umbrella of the HH Sheikh Mansoor bin Zayed Al Nahyan Global Arabian Horse Flat Racing Festival.

Experienced Irish lady jockey Aine O’Connor who has already tasted success in Australia two years ago, will be riding Qatar’s Forgehill Cartier and will launch her claim from stall-7.

“I was told that he has a win, two seconds and three thirds and has finished only once out of the frame in 13 starts. I think this is a good form and with little touch of luck things could be promising,” she said.