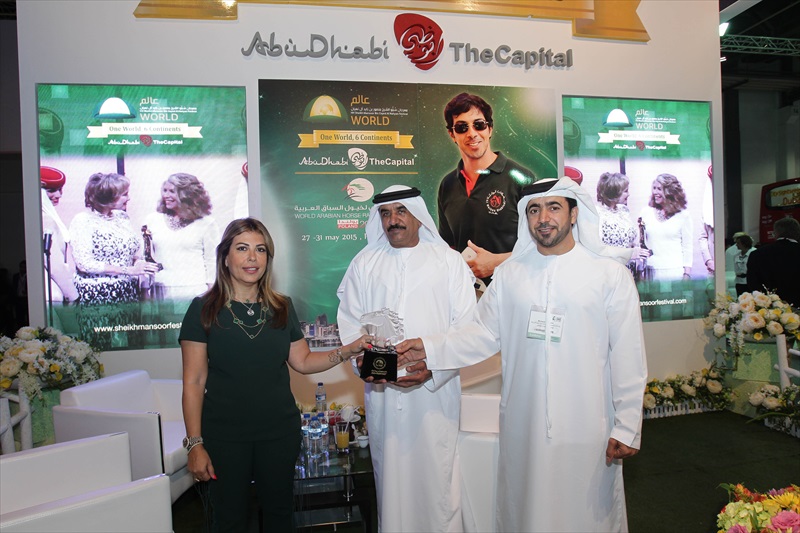 The HH Sheikh Mansoor Bin Zayed Al Nahyan Global Arabian Horse Flat Racing Festival is participating in the four-day Arab Travel Market which started today at the Dubai International Conference and Exhibition Centre (DICEC) with a classy stand that had many visitors flocking to the Festival’s stand.

The 4-day event which is one of the largest shows in the region has attracted participants from around the world and runs until May 7 and the Festival is taking part here under the directives of HH Sheikh Mansoor Bin Zayed Al Nahyan, UAE Deputy Prime Minister and Minister of Presidential Affairs.

Chairman, Abu Dhabi Tourism & Culture Authority and Jasem Al Darmaki, Acting Director General Abu Dhabi Tourism & Culture Authority (TCA Abu Dhabi) was distributed to the visitors. The Festival’s officials at the stand also explained the various activities for the year 2015 and many visitors were highly pleased with the success of the Festival in promoting UAE culture and the Purebred Arabian horse racing.

“The Festival will be staging the World Arabian Horse Racing Conference in Poland at the end of this month and this was one of the subjects that were of huge interest to the visitors. Preparations are in full swing and we are expecting another successful conference which will benefit the Arabian horse racing. The Booklet also explains all the activities that have taken place until the end of April while the calendar of all events is also carried for the benefit of the visitors and horse racing fans,” she said.