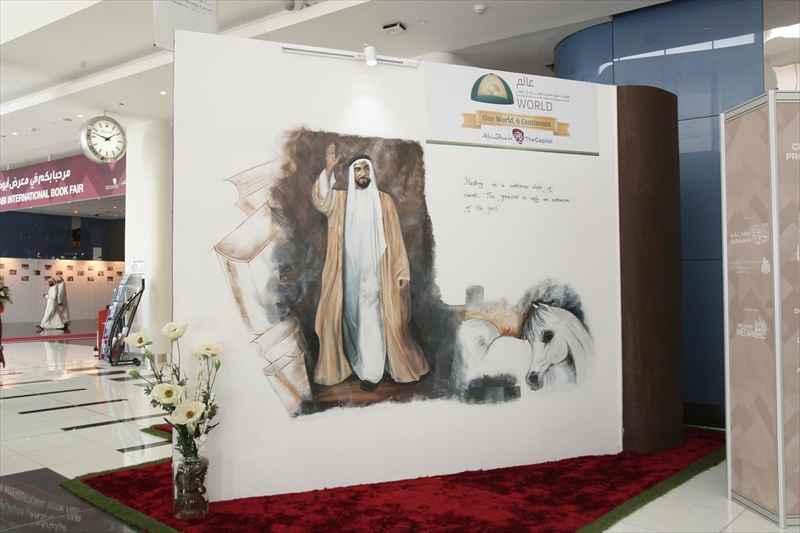 The 6-day Fair is being held under the patronage of His Highness Sheikh Mohamed Bin Zayed Al Nahyan, Crown Prince of Abu Dhabi and Deputy Supreme Commander of the UAE Armed Forces.

“We are very proud that HH Sheikh Abdullah took the 2014 Year Book for this publication reflects all the activities that have been staged to enhance the Purebred Arabian horse and horse racing and endurance sport, all of which are part of the UAE’s heritage,” Ms Sawaya said.

The hard-bound runs into over 300 pages and has been compiled and edited by M. Satya Narayan, the former Abu Dhabi Deputy Editor of Gulf News, who has been covering horse racing activities for over two decades.

“This is the only Year Book for any international horse racing series in the world and we are proud that the four consecutive edition is out. The book is an attractive collection of reports, articles and pictures which stand testament to the racing skills of the Purebred Arabian horse,” Ms Sawaya added.

A number of Sheikhs and high-ranking officials and guests visited the Festival’s stand and received a copy of the Year Book.