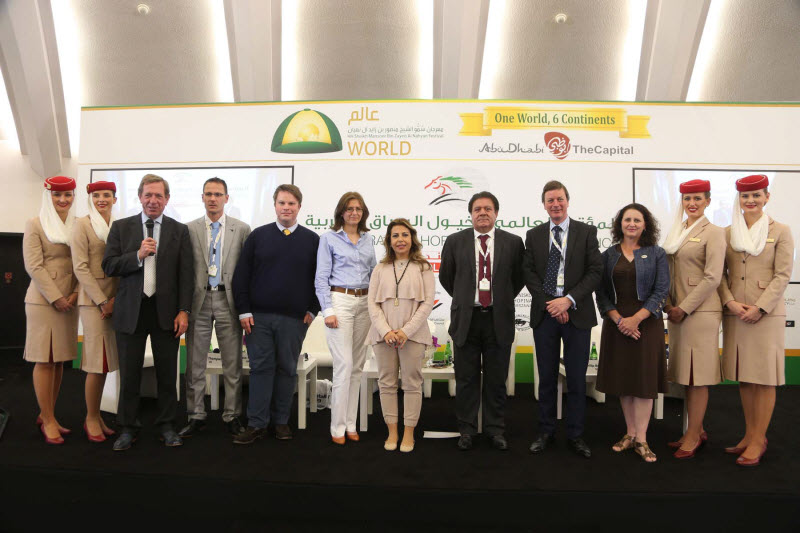 While some of the panel members agreed that there were a lot of hurdles as flat racing was still a man’s domain, others hared their experiences o how they broke in and rose to the top in their respective field.

“One has to just believe in one’s ability and move forward despite any adverse comments from our male counterparts,” said Ms Sawaya, a view echoed by Selimanjin, who attributed her strength to the fact that her parents boosted her self esteem from a very young age.

However all of them felt that though most of the countries had a majority of women working in the racing industry in various capacities, one a few women had elbowed their way to the top and urged that this should be changed.

Lulwa Alawadhi shared her experiences that catapulted her to the Shura Council and many Women’s Rights bodies in the Gulf country of Bahrain while Dutch trainer Karin van den Bos explained briefly on how she works with horses as a therapist and recommended other trainers/owners to use this method to heal their horses of muscle and bone injuries. 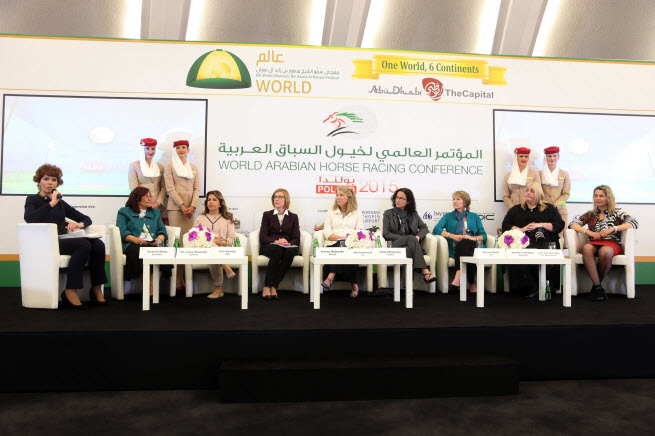 American duo Denise Hearst and Denise Gault also batted for women in racing and said it was their love for Arabian horses which played a major role in their success.

In the session on Media, PR & Communication, Martin Stevens (UK), Jean Claude Allies (FR), Debbie Burt (UK), Stefanie Corum (US), Saad Al Masoudi (FR) and Philip Brannann (UK) were almost unanimous in their belief that more information had to be put out by the Arabian racing connections. “There is a constraint on how much news can go in our print editions but the other electronic said media come in handy,” said Stevens of the Racing Post, who are putting out full race cards of Arabian racing in the UK.

IFAHR member country representatives of Arabian racing were urged to provide as much information as possible to help the media give more coverage to Arabian racing.

At the top of the challenges that face the horse racing community, according to the Moroccan horse breeder and owner Dr. Mohammed Machmoum, are reflected in the fact that, races in different parts of the world are governed by different national bodies and the rules and conditions which regulate and control the sport vary in some cases, even within the same country.

“Do we have sufficient laws and is there any kind of harmony between the laws which govern the sport around the world?” Mashmoum asked his panel members Genny Haynes (UK), Saeed Al Shamsi (UAE), Council Yasir Al Mehri (UAE), Ian Williams (UK), Remy Bellocq (US), Richard Lancaster (UK), Kathy Smoke (US), Jakub Kasprzak (Poland), Nelly Philippot (Belgium) and Jean Pierre Deroubaix (France) during the first session on the second day.

Yasir Al Mehri highlighted to most recent developments in the UAE which eventually led to the setup of the Sports Court in Abu Dhabi in collaboration between the Judicial Authorities in the country and the International Federation for Sports Arbitration in Lausanne, Switzerland.

“The purpose of the move was originally to help in drafting a realistic law which should be clear and straight forward, but this is not the case in other parts of the world,” he said.

Kathy Smoke added: “The unification of the laws around the world is far beyond the reach of the current governing bodies since nothing has been done to harmonize the laws which control racing in the US as an integrated entity.

“Regulation and control of racing in the US is highly fragmented and each state that conducts races license owners, trainers and others involved in the industry, and enforce drug restrictions and other rules, including pedigree matters according to its own bylaws.”

Meanwhile, the general look seemed to be a bit uphill about the ability of the national associations to work together with open minds on technical issues because they think differently on how to protect the public betting and how to attract people to the races. 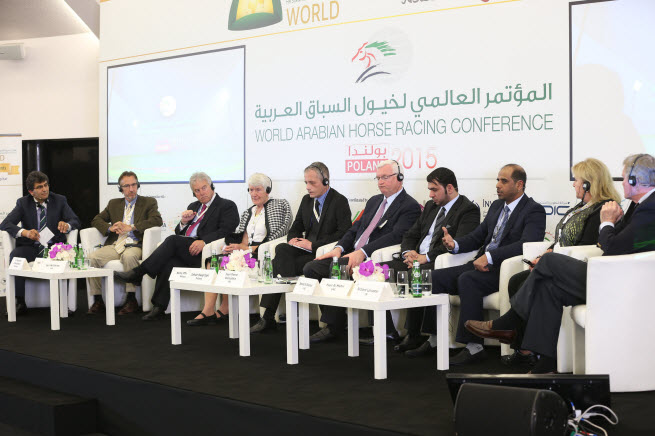