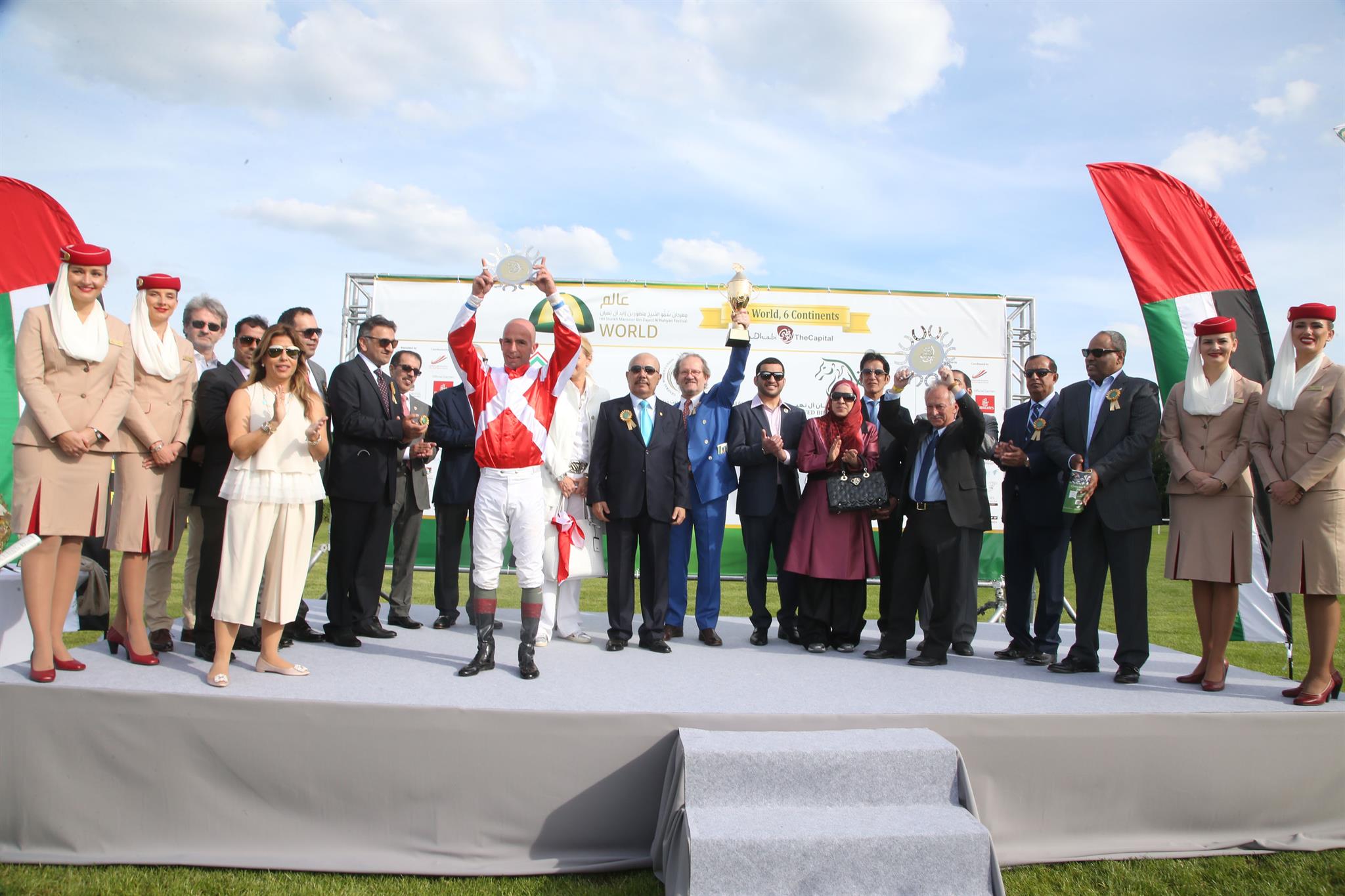 In between the victories by the two young ladies, Ameretto got back to winning ways after a recent second-place finish in Sweden, to win the Grade 1 Sheikh Zayed Bin Sultan Al Nahyan International Cup in front of a packed racecourse with a section of them being the 400-plus delegates who had just finished the Festival’s three-day World Arabian Horse Racing Conference.

Bouchra Marmoul, the only lady racing in Morocco apart from two young apprentices, was almost in tears after she battled hard on Wasilew and managed to stave off the double challenge from Ireland’s Aileen O’Sullivan on Zahim and the fast-finishing Kasir Al Khalidiah under Dutch lady rider Tjarda Humphreji. 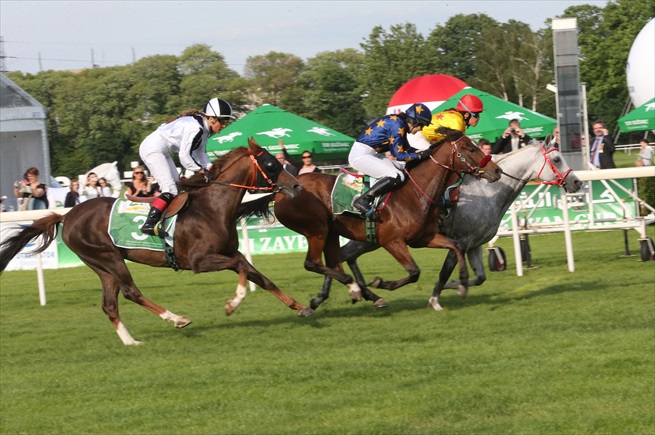 Locked in a stride-for-stride tussle with Zahim, the 22-year-old Marmoul, who hails from a humble background, said she just prayed to God and was elated when she won. “The trainer asked me to keep the horse in front and I just did that,” said Marmoul, whose mount Wasilew was challenged by Zahim and Kasir Al Khalidiah in the closing stages.

“Having finished third thrice in this race series I am now finally so happy to have won and am looking forward to the Abu Dhabi showdown in November,” said Marmoul.

Earlier in the HH Sheikha Fatima Bint Mubarak Apprentice World Championship, Belgium’s Zoe Vande Velde was named in the starting line-up just 30 minutes before the draw after Bahrain’s Ali Al Showaikh pulled out. The Belgian grabbed the opportunity to make a winning debut and book her place in the final in Abu Dhabi on November 8.

It was a start to finish affair as Vande Velde on Perfektor finished ahead of Benefis under young Moroccan Omar Lakjal with Sariah Al Khalediah under Irish rider Eoin Walsh in third, followed by last year’s winner in the HH Sheikha Fatima Ladies race Nicolas under local hope Konrad Mazur. 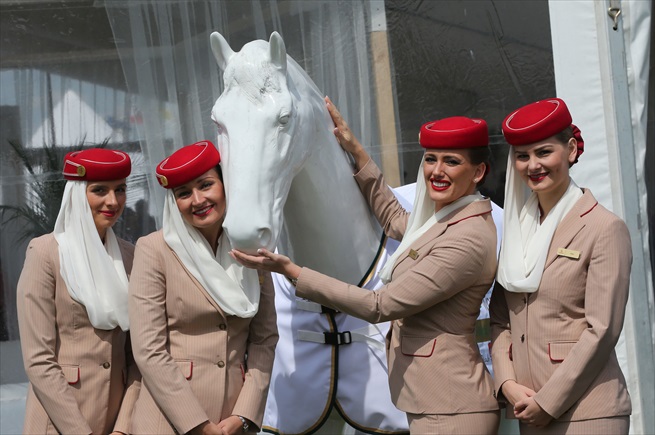 “I have heard so much about the final meeting held in Abu Dhabi and now that I have qualified, I can’t wait till November. This has been such a great experience and I think I was just lucky to be here, but to cap that with a win, it simple great,” said the 21-year-old Belgian.

But the big race that everyone was waiting for was the Grade A Sheikh Zayed Bin Sultan Al Nahyan International Cup.

Ameretto, a consistent performer in the Festival’s races and winner of the Festival’s European Triple Crown had lost to Gazel T in Sweden earlier this month. But reunited with regular jockey Manuel Manueddu, the 9-year-old son of Amer showed who is boss with a superb win against Westim (Lukasek up) and end the latter’s unbeaten 6-race win since debut.

Westim did battle Ameretto and for some time it looked like another shock but the champion, who has always done well here in Sluzewiec, shrugged off the 5-year-old Nougatin son’s challenge to win the Euros 35,000 race over 2400 metres. 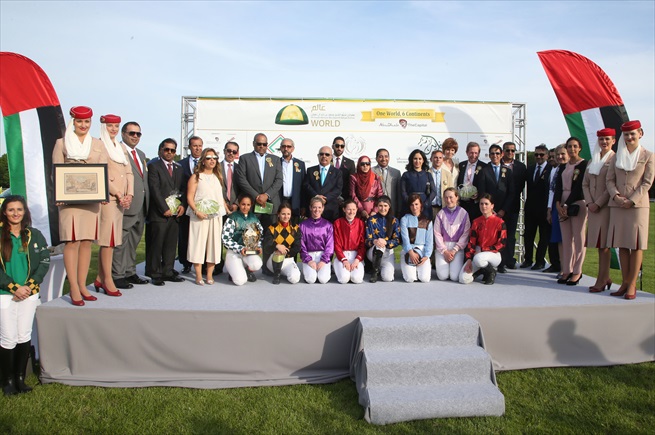 Owner Dr Paul Daviero said, “He needed that run in Sweden and today it is the 12th win for Manueddu on Ameretto. We will now be taking him to Duindigt for a similar Sheikh Zayed Cup.”

Six other races were held and a large crowd enjoyed with a dozen UAE envoys and the WAHRC delegates also present. HE Asim Mirza said he had received many telephone calls from top officials in the Polish government who hailed the WAHRC which focused on the future of the Purebred Arabians and said this was the first ever time such an event was held here.

“Such meetings will further boost the strong relationship with the UAE in the various fields of investments, tourism and other sports and social activities,” he said. 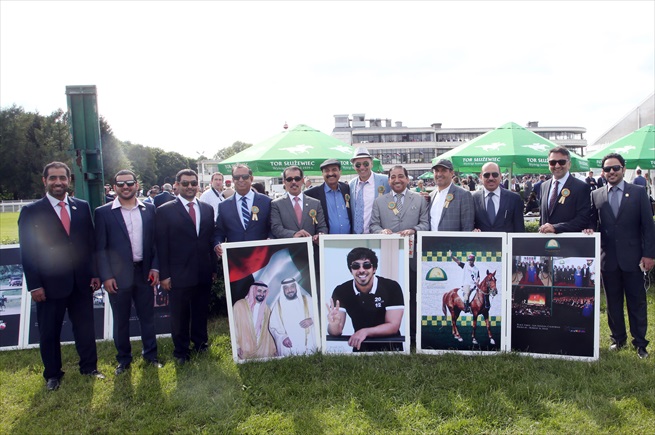 “Today’s win by the two young ladies reflect the success of the races series’ being run in the name of Her Highness Sheikha Fatima Bint Mubarak, Mother of the UAE, Chairperson of the General Women’s Union, Supreme Chairperson of the Family Development Foundation and Chairwoman of the Supreme Council for Motherhood and Childhood and Mother of the World,” said Ms Lara Sawaya, Executive Director of the HH Sheikh Mansoor Bin Zayed Al Nahyan Global Arabian Horse Flat Racing Festival, Chairman of the International Federation of Horse Racing Academies (IFHRA), Chairman of Ladies & Apprentice Racing Committees in the International Federation of Arabian Horse Racing Authorities (IFAHR).

“The races were shown live on Yas TV and were streamed live on www.sheikhmansoorfestival.com and young girls watching will so easily relate to the two winners today, especially the Moroccan Bouchra Marmoul, whose success here is truly commendable,” Ms Sawaya added. 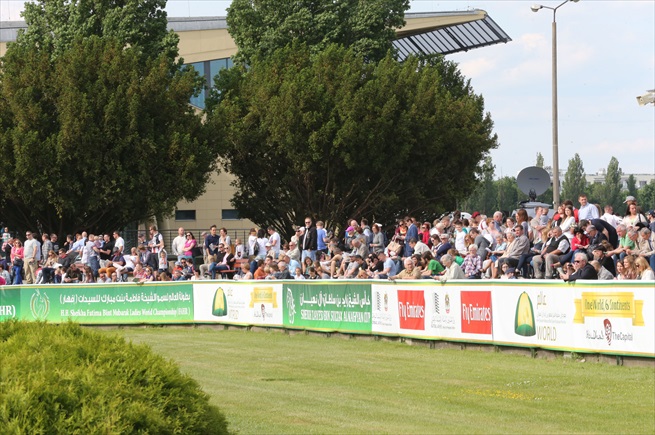 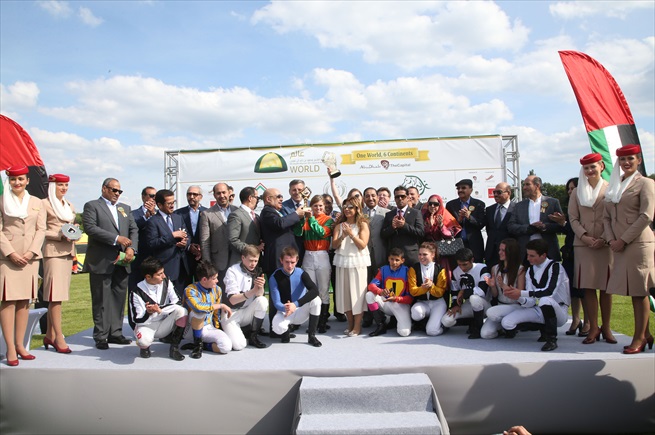