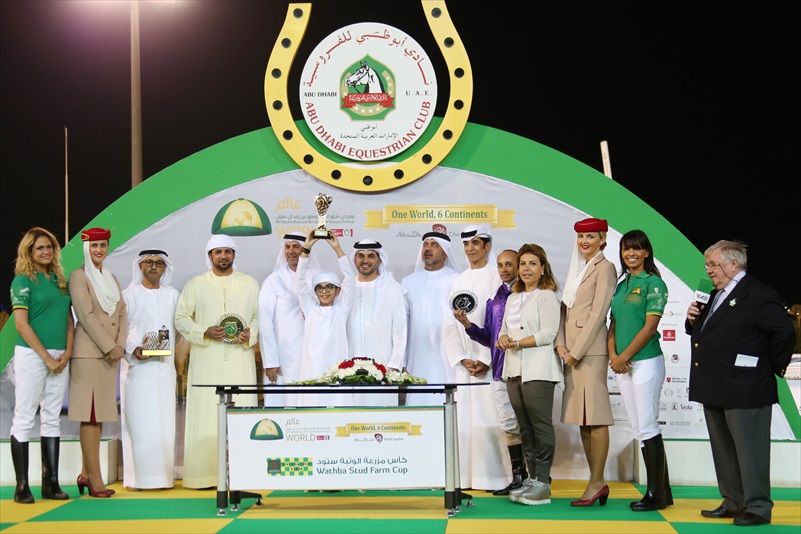 Royston Ffrench on Huyam beat back a challenging run from AF Rafia to give UAE trainer Helal Al Alawi a smart win in Dh. 80,000 turf contest over 1600 metres.

However, his rival would not go down without a fight and, briefly, appeared set to regain the initiative before Ffrench revitalized his mount to assert close home.

“He always runs a good race this horse,” said Ffrench. “He has taken me there going strongly before the second fought back but I was always pretty confident.”

Fourth to Mh Kanz in this same series on her seasonal debut last week, Huyam registered her second career win on Sunday, her first coming in the Emirates Fillies Classic earlier this year in February.

The Al Alawi-trained Huyam and Ffrench looked set to post a comfortable victory when sweeping past AF Rahia.

Earlier in the evening Wazn won under Ffrench for Helal Al Alawi and the jockey-trainer pair completed a double for the night with the Wathba Stud farm Cup win. 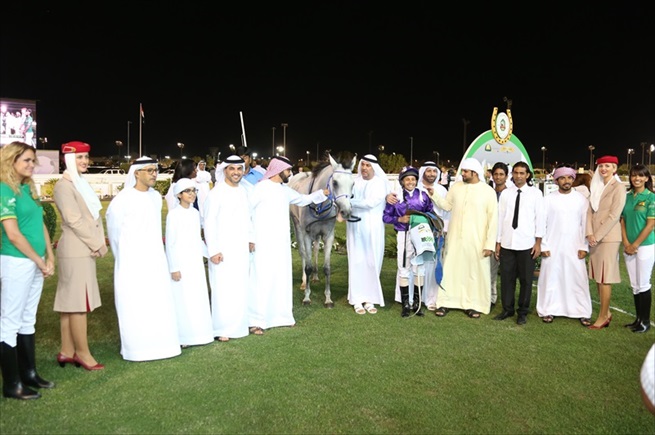 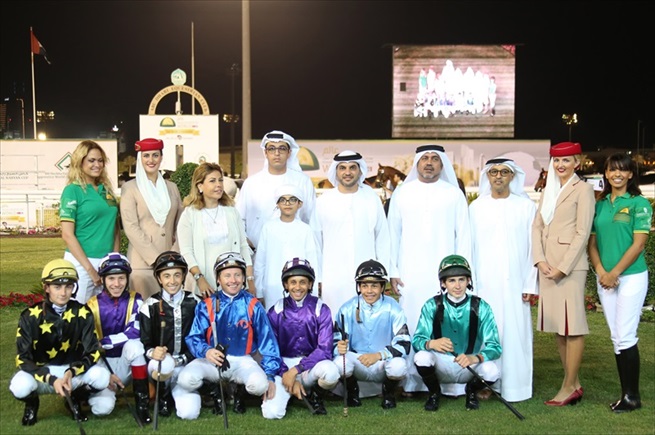 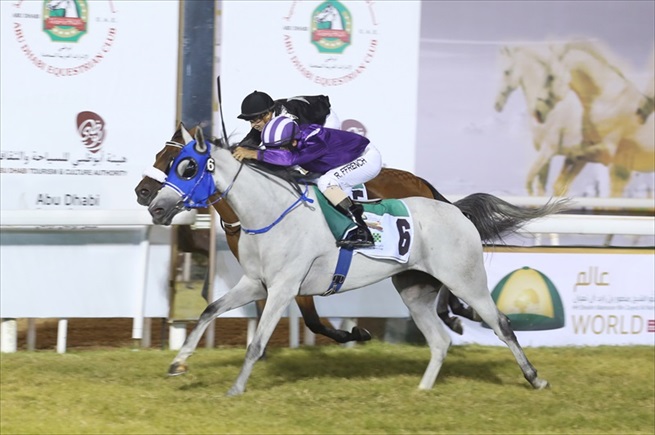 Over 200 riders for UAE President Endurance Cup on Saturday