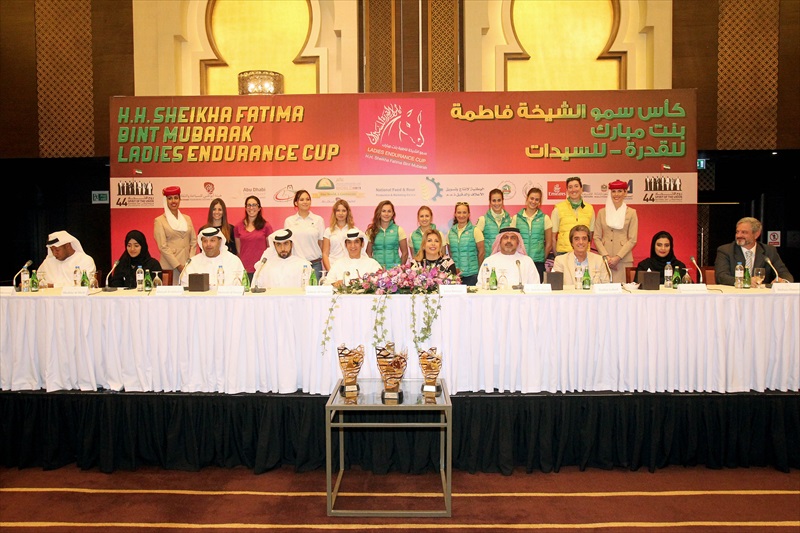 Over 100 lady riders are expected to start in Saturday’s ride at the Emirates International Endurance Village in Al Wathba under the directives of HH Sheikh Mansoor Bin Zayed Al Nahyan, UAE Deputy Prime Minister and Minister of Presidential Affairs. 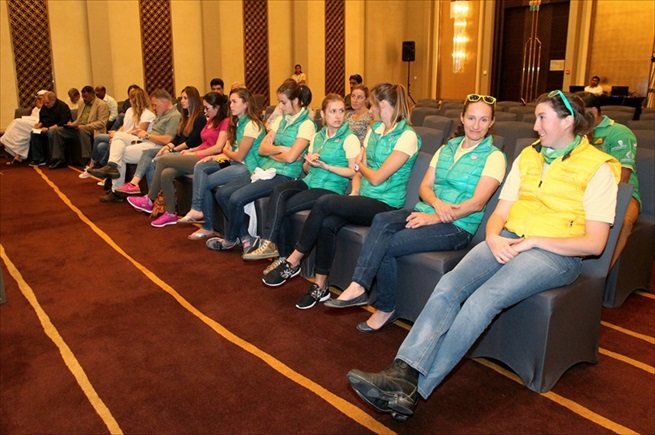 “Under the directives of HH Sheikh Mansoor Bin Zayed Al Nahyan, three endurance races will be staged in Europe in 2016 and carry the name of HH Sheikha Fatima Bint Mubarak Ladies Endurance Cup which will become a series and culminate with the final in Abu Dhabi,” she said.

Giving details she said, “A CEIO Endurance Ride in Portugal by the end of April 2016 with a purse of Euros 10,000, will be followed by two more rides carrying the same status and prize money in Italy and France.”

“The French leg will coincide with the World Championship for Young Horses which is again a Festival event with Euros 10,000 prize money,” she confirmed.

“We will be requesting the FEI to introduce a ranking/rating system for the lady riders and horses in the series. Anyway based on the national teams performance (best timing of three of the 5-member team) in the three rides in Europe, the top three teams of riders and horses will be transported to Abu Dhabi to take part in the HH Sheikha Fatima Bint Mubarak Ladies Endurance Cup Final with a cash prize of Euros 20,000,” Ms Sawaya said.

Meanwhile, following the disqualification of the French team, Spanish team are here and they will receive Euros 5000 and Euros 3000 respectively for their performance in this year’s HH Sheikha Fatima Bint Mubarak Ladies Endurance Cup.

“These lady riders are here as the guests of the Festival and the awards ceremony will be held at the HH Sheikh Mansoor Festival stand at the ongoing Sheikh Zayed Heritage Festival,” Ms Sawaya said.

The horse racing fans have been encouraged to attend Saturday’s ride and the Festival will be parting with DH 30,000 in cash, six iPhones 6S and 5 Mini iPads, all through a free raffle draw. “There is also a car to be won as a Grand Prize in the raffle,” Ms Sawaya said. 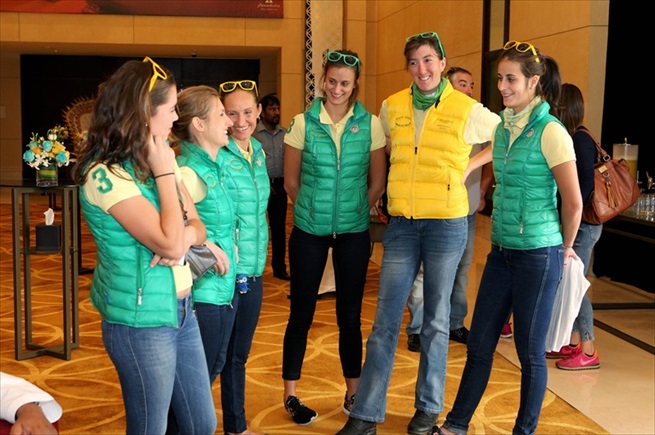