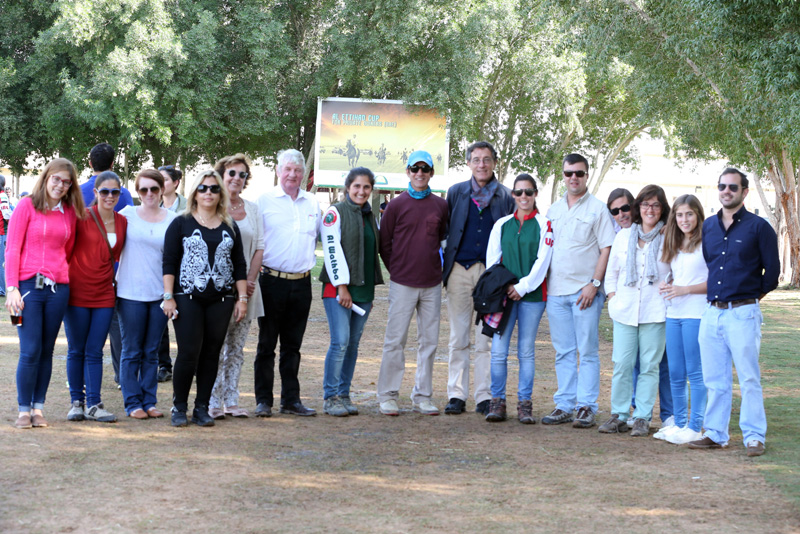 Speaking to newsmen at the Eastern Mangroves Hotel, Al Nuaimi welcomed the valuable guests said: “We are delighted to host the Ittihad Endurance Stables Cup for Private Stables (UAE citizens) which will see 100 riders from both sexes vying for honours at the Emirates International Endurance Village on Saturday morning. The total prize-money is Dh500.000 plus a car and Rolex watch for the winner and all arrangements are well in place for the first competition of the New Year.”

Al Nuaimi noted that veterinaries from Australia, South Africa, Europe, South East Asia and elsewhere have been invited to attend the race and have access to the technology which is used at the village.

“This is the best opportunity for the visiting veterinaries to take advantage of the modern technologies and expertise of the UAE endurances rides,” he said.

“Under the directives of HH Sheikh Mansoor bin Zayed Al Nahyan, 15 riders (men and women) from the UAE will be invited to take part in the 120km Ride (two stars) which is open and riders will accumulate points for the Triple Crown which will be held in Portugal, France and Italy. The total prize-money will be Euro 50.000 to be distributed among the top five finishers provided that riders must participate in the three rounds to qualify,” she said.

“The presence of the UAE lady riders in Portugal provides a good opportunity to prepare for the 120km HH Sheikh Fatima bint Mubarak (Mother of UAE) Endurance Championship scheduled in Garda, Italy on July 25. The race will be streamlined via Abu Dhabi Sports Channel and the Web Stream of the http://www.sheikhmansoorfestival.com/en-us/web.tv.aspx. This is in addition to the documentary which will be presented during the World Arabian Horse Conference London 2014,” she confirmed.

Portuguese Consular to UAE Manuel Miranda hailed the strong ties which link them with the UAE saying that it’s a good opportunity to strengthen the friendly relationships between the people of the two countries.

“It’s an honour for us to host this festival which is unique of its kind to promote our cultural identity and introduce the tourist attractions of Portugal. The area in which the race will be held is only 20km from the capital city Lisbon and renounced of its attractive natural places,” he said.

Nine in fray for Wathba Stallions Handicap Stakes in Chelmsford