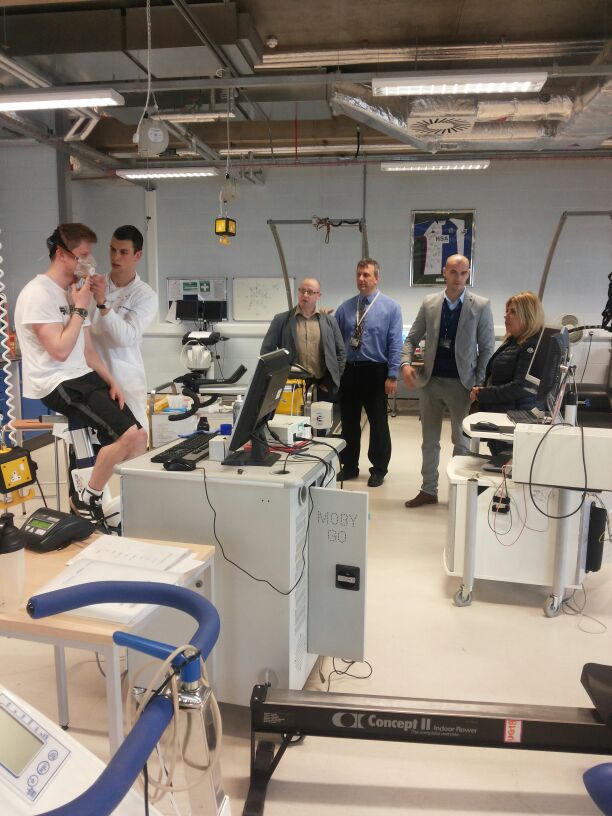 Dr Wilson and his team at LJMU have been busy working closely with Jockey Franny Norton to try and improve the way Jockeys ‘make-weight.’

Franny Norton professional jockey from the UK, Dr Graeme Close and James Mortin, Professor Keith Georges and Professor Peter Wheeler, Dean of the John Moores University were also present at the base where the First Research in the world in partnership with the HH Sheikh Mansoor Bin Zayed Al Nahyan Global Arabian Horse Flat Racing Festival dealing exclusively for Jockeys on how to lose weight without affecting their mental behavior is on.

Many Jockeys choose to undertake severe food and drink restriction, use of laxatives, self-induced vomiting and chronic use of sweating to ‘make-weight’. These unhelpful weight control practices are extremely dangerous for the physical and psychological health of jockeys as well as impairing their riding performance.

Liverpool John Moores University along with a team that includes a clinical psychologist, physiologists, nutrition and a medical doctor, have designed and implemented a scientific diet plan which not only works to stop the use of these dangerous techniques but also includes specific psychological treatment strategies to treat the potential mental health problems.

“We are excited over this initiative under the directives of HH Sheikh Mansour bin Zayed Al Nahyan, Deputy Prime Minister and Minister for Presidential Affairs, to implement the recommendations of Sheikha Fatima bint Mubarak EARS Conference. We are looking to make a positive impact in this arena,” said Ms Lara Sawaya on Thursday.

Dr Graeme Close said, “Working with the HH Sheikh Mansoor Bin Zayed Al Nahyan Global Arabian Horse Flat Racing Festival has allowed us to promote the physical and psychological well-being of all jockeys worldwide. We have put together a team including a clinical psychologist, physiologists, nutrition and a medical doctor who has worked for 25 years with jockeys.