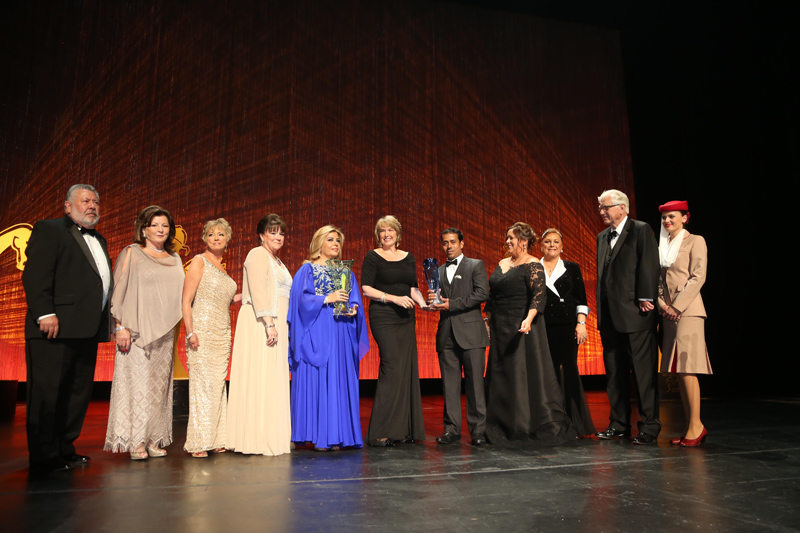 The champions in the 11 categories will be named during celebrations ceremony which will be held at the Hollywood Theatre in Los Angeles, USA.

According to Lara Sawaya, the staging of the Mother of the UAE Darley Awards and the US Darley Awards at the Dolby Theatre in Hollywood is a new challenge for the festival and continuation of its achievements which have been accomplished throughout the previous editions around the world.

“The ceremony will have its peculiar features as the focus would be on nominating the best in each of the 11 categories of the festival,” she said.

“The ceremony will start at 7.30pm (LA time) with all guests passing through the Red Carpet, followed by the Cocktail party for all breeders, owners, trainers and jockeys involved in the Arabian horse races. Thereafter, the winners of the Mother of the UAE Darley Awards would be announced at the international 11 categories,” she added.

“The authorities which nominate their candidates for the awards should ensure the authenticity of their nominations considering the great value and importance of the Awards which carry the name of the Mother of the UAE.

“Winners in the various categories would receive appreciation trophy besides a hat designed by the world famous Polish designer Rafael.

“I would like to thank HH Sheikh Mansoor bin Zayed Al Nahyan, UAE Deputy Prime Minister and Minister of Presidential Affairs and HH Sheikha Fatima bint Mubarak, for their strong support and backing for the festival,” she said.

Sawaya reiterated that the festival has been always showing the way pursuant to the vision and directives of HH Sheikh Mansoor bin Zayed Al Nahyan. She pointed out that the staging of the HH Sheikha Fatima bint Mubarak Awards in the Hollywood, the capital of the world cinema, is a new challenge for the festival which it will win thanks to the determination of the persons involved.

“Three candidates have been nominated for each category, and the winner would be selected=”true”=”true” therefrom,” she said.

Meanwhile, Sawaya clarified: “The success of the festival is underlined with its continuity and promotion of the Arabian horse worldwide. And the staging of the HH Sheikha Fatima Awards in Hollywood is crowning for such success to introduce the importance of the festival to the world.

“There is another indicator of the festival’s success as represented in the participation in the Abu Dhabi International Hunting and Equestrian Exhibition and hopefully this trend will continue.”

Denise Gault, US Darley Award chief steward, said: “The partnership with the festival is a great honour for the officials of the Awards and I would like to thank HH Sheikh Mansoor bin Zayed Al Nahyan and HH Sheikha Fatima bint Mubarak for their support of Arabian horses worldwide which has its positive impact in the restoring of the value of this noble creature. We are hopeful that the Arabian Horse Racing Committee in California would stage this international event up to the reputation which the festival and the Oscar of the Mother of the UAE have acquired over years.”