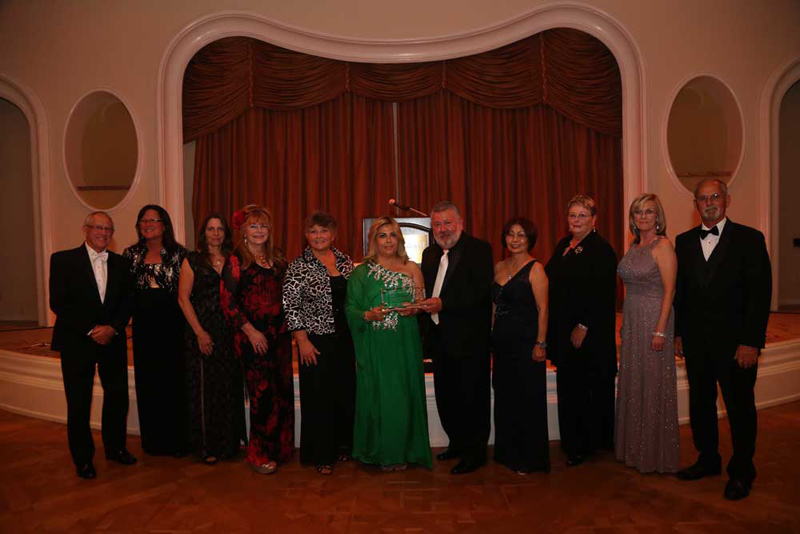 The 2013 HH Sheikha Fatima bint Mubarak Annual Darley Awards gala dinner which was held at the Beverly Hills Hotel Dorchester in Los Angeles on Saturday was another benchmark that brought together the Purebred Arabian world community together. And apart from the VIP reception and themed event, the commitment to the society was in the heart of the function which was capped by fundraising auction.

Abdulla Ali Al Saboosi, UAE Consular General to the USA (Los Angeles) praised the wise leadership of His Highness the President Sheikh Khalifa bin Zayed bin Sultan Al Nahyan and his brother His Highness Shaikh Mohammed bin Rashid Al Maktoum, UAE Vice-President and Prime Minister and Ruler of Dubai and their brothers the Members of the Supreme Community and Rulers of the emirates that helped in creating international relations with the rest of the world to enhance global peace and promote mutual interests.

“I would like also to thank HH Sheikh Mansoor bin Zayed Al Nahyan, UAE Deputy Prime Minister and Minister of Presidential Affairs and HH Sheikha Fatima bint Mubarak, Mother of the UAE, for the great initiative to encourage women sports and promote the image of the Arabian horse which represents important part of the UAE’s heritage and history,” he said.

Al Saboosi has also hailed the hard work of Lara Sawaya, director of the Sheikh Mansoor bin Zayed Al Nahyan Global Arabian Horse FlatRacing Festival and the partners and sponsors of the festival for their dedication to boost the status of the Arabian horse.

“Emirates Airline has also contributed to this success through its daily flights to Los Angeles which has also made our job much easier,” he added.

UAE top lady singer Aryam excited the audience with a new song which has constiuted part of the effort of the HH Shaikh Mansoor bin Zayed Al Nahyan Global Arabian Horse Flat Racing Festival to lift the Arabian horse racing to new heights. The young lady was named ambassador to the HH Sheikha Fatima bint Mubarak Darley Awards to carry the message and mission of the festival to the rest of the world.

Lara Sawaya, director of the HH Sheikh Mansoor bin Zayed Al Nahyan Global Arabian Horse Flat Racing Festival commented: “We are all obliged to HH Sheikha Fatima bint Mubarak, Mother of the UAE, for her great initiative which has created all these lines of success and penetrations. We are here because of this brilliant idea and will remain to make the Arabian horse in the mouth of all members of the racing community.”

Meanwhile, nominations to eight top Arabian stallions were auctioned to raise funds for charity within the USA and elsewhere.

Denise Gault, Arabian Racing Cup Chief Steward said: “We are once again honoured by our main sponsor the Shaikh Mansour bin Zayed Al Nahyan Global Arabian Horse Flat Racing Festival. We are also obliged to the creative initiative of HH Sheikha Fatima bint Mubarak that paved the way for the restoring the value of the Arabian horse worldwide.”