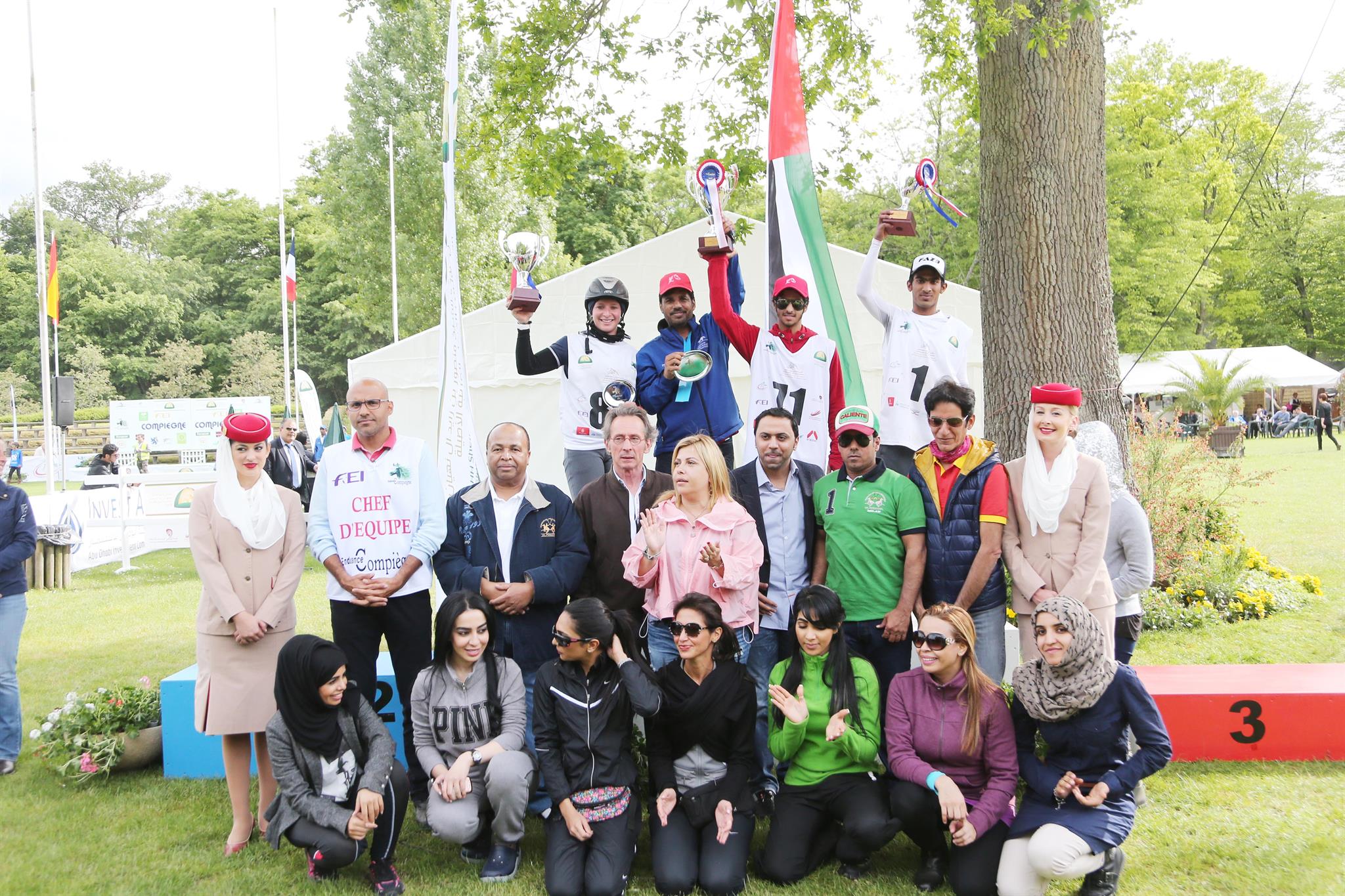 “We are looking forward to a great event on Sunday and the UAE lady riders will gain tremendous experience when competing against some of the world’s top riders in challenging conditions here in Compiegne,” said Ms Sawaya, who is also the Chairman of Ladies Racing at the International Federation of Arabian Horse Racing Authorities (IFAHR).

Al Mazroui and Nopoli Del Ma had won a 120-km ride earlier in the season in Dubai and the winning rider said it was his first win in a 160-km ride.

Commenting on Friday’s win, Al Mazroui said, “HH Sheikh Mohammad and His Highness Sheikh Hamdan gave me valuable tip as the ride progressed. I dedicate this win to them.”

“The first loop was tough and there were a lot of riders in the leader’s pack. It was a close competition right through and I am happy that my horse is now qualified for the World Equestrian Games to be held in Normandy later this year,” he said.

JEEWAN STAYS THE DISTANCE IN THE WATHBA STALLIONS CUP AT BATH