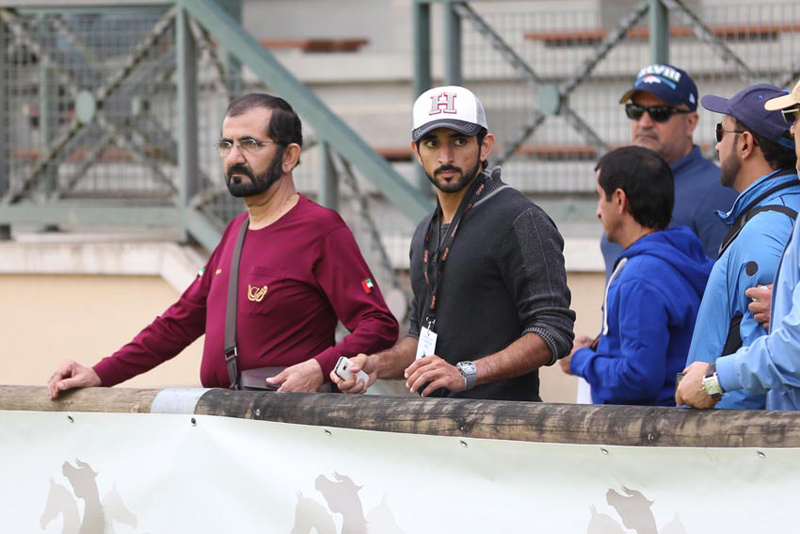 It was yet another dominant display by the UAE riders with Saif Ahmed Al Mazroui on Jager FPA, who won the 160km ride on Friday, leading the field into the final stage of 20kms and looked headed for his second win in three days. At that stage Al Marri was 4th and with Quran Al Ulm, winner of a 160-km ride here in a good condition, the 18-year-old UAE star forged ahead to post an easy win.

Al Marri, who has the rare distinction of winning the HH Sheikh Mohammad bin Rashid Al Maktoum Cup 160-km twice in 2013 and again this year, said it was a challenging ride. “The competition was just like in a world championship and the course is also a tough one. But the UAE riders proved we are second to none and I am very happy with this win.”

“The Sheikh Mansoor bin Zayed Al Nahyan Global Arabian Horse Flat Racing Festival will be sponsoring the World Junior and Young Riders Championship to be held in October 2015 in Chile. The Festival will also be sponsoring two endurance rides in Fontainebleau in France in March and October next year ,” said Ms Sawaya.

Abu Dhabi gears up for the big Arabian racing day