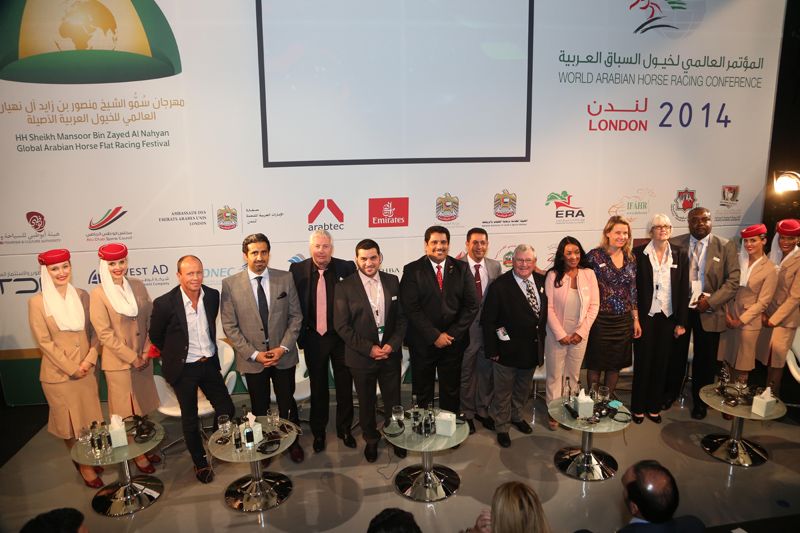 Conference speakers, moderators, officials, Arabian horse racing breeders, UAE endurance riders, members of the media and envoys were felicitated at a dazzling ceremony to mark the end of the three-day conference.

Earlier on Friday, in the WAHRC Workshop at the conference, Ms Lara Sawaya announced that from the next season the UAE breeders will be rewarded with a percentage of the prize money earmarked for the Wathba Stud Farm Cup races held in the UAE. “We will allot an extra amount for this purpose and this will go to breeders whenever their horse wins,” she said and also said the Festival would forward the problems of the UAE breeders to the concerned authorities.

IFAHR Chairman Sami Boenian also confirmed that the launch of an all-comprehensive database/website would be finalized soon.

The need to help the breeders, woo youngsters to Purebred Arabian racing, make efforts to ease the transport of horses between nations were some of the other topics that the workshop decided to continue working on.

The ride is open to Purebred Arabian horses and a strong team of riders includy lady riders friom the UAE will be taking part in the CEI One star*100km HH Sheikh Mansoor Bin Zayed al Nahyan Endurance Cup.