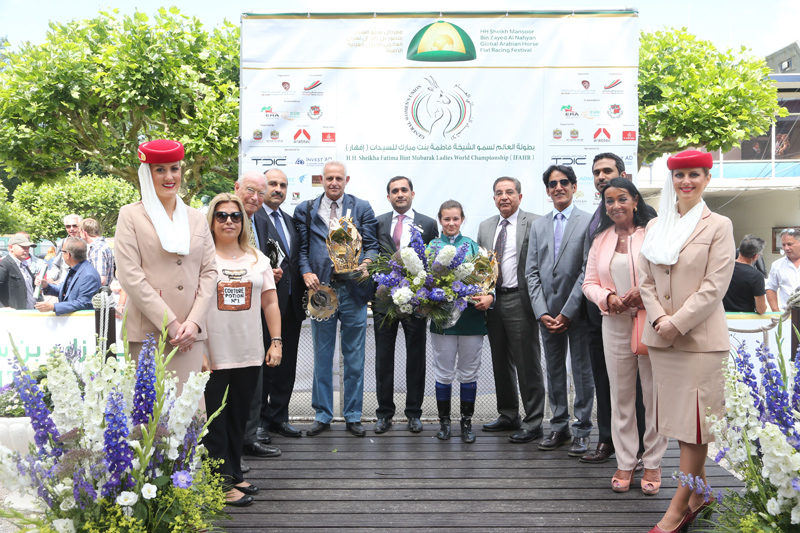 Last year’s winner Ameretto scored a superb victory at the Duindigt racecourse in The Netherlands here on Sunday to stay in contention for the Euro Triple Bonus of Euros 30,000 in the Sheikh Zayed bin Sultan Al Nahyan Cup series.

The Group 3 Sheikh Zayed bin Sultan Al Nahyan Cup had attracted a strong field but Ameretto, second here in 2012 and a winner here last year, once again rose to the occasion under Italian jockey Mauro Manueddu. Though Tadhg O’Shea under Burnet gave Ameretto a strong challenge on the home stretch, the Amer son did well to prevail by a length and a half with Samima under Jean-Baptiste Hamel in third place. The winning time was 2:05.50 for the 1900-metre turf contest with Euros 35,000 as the total prize fund.

“Last year we won the Euros 30,000 bonus with Ameretto and this year he has finished second in the first leg in Berlin and now has won the second leg here. We will give him rest in July and then take him for the third and final leg in Warsaw, Poland to try and bag the bonus gain,” said owner Dr Paul-Jean Daverio.

Belgian van den Troost had to wait for the Steward’s decision after second-placed American jockey Natalie Turner on Paramour T had filed an objection for interference. The result stood and van den Troost as delighted after a superb run on Udjess de Bozouls with the debutant American Turner chasing her home on Paramour T. The two professionals showed the remaining amateur lady jockeys how it is done as fancied horses Alibaba Del Sol and Sartejano were left behind by the duo.

Udjess de Bozouls finished a length and a half ahead of Paramour T while in third place was Sartejano under Sweden’s Nathalie Johnsson with the winner taking 2:25.2 to cover the distance of 2150 metres.

“It was a close contest and my horse proved equal to the task. The trainer asked me to keep him in front and Udjess de Bozouls did the rest. I am excited to be taking part in the finale and I have heard so much about it,” said the winning jockey van den Troost.

Ms Sawaya said, “This is one of the strongest races in the Festival’s series. Though today’s Sheikh Zayed Bin Sultan Al Nahyan Cup was a Group 3 event we had quite a few Group 1 runners and this truly reflects how important this race series has become.”

“The HH Sheikha Fatima bint Mubarak IFAHR Ladies World Championship race was equally competitive and full of quality and the large number of fans who turned out were thrilled with the exciting races,” she said.