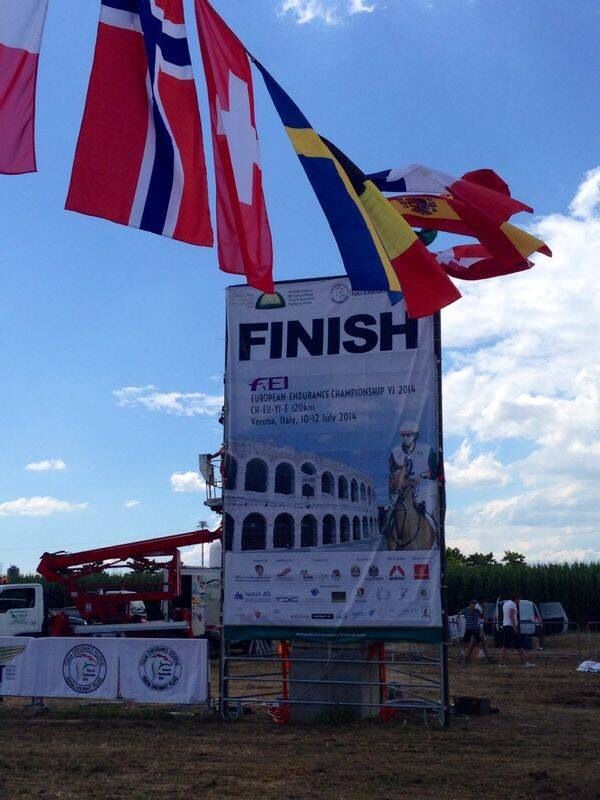 An impressive opening ceremony marked the start of the HH Sheikh Mansoor bin Zayed Al Nahyan Global Arabian Horse Flat Racing Festival-supported Italia Endurance Festival in the heart of Verona on Thursday night and the European Championships for Juniors and Young Riders 2014 will kickstart the competitive action on Saturday, July 12.

A magnificent parade of athletes, horses with music and colour lit the skies as the opening ceremony played out at the foot of the Roman Amphitheatre Arena, one of the undisputed symbols of the Verona and an UNESCO Heritage site.

Saturday’s European Championships Juniors and Young Riders 2014 event will be run within the splendid natural oasis of Pontoncello Park, a green area of over 350 thousand square metres stretching along the banks of the river Adige. The event will be hosted for the first time ever by the famous city of Romeo and Juliet.

The ride gets off to a mass start at 5.00 am at the general headquarters in Pontoncello Park, a natural area stretching between the towns of San Martino Buon Albergo, San Giovanni Lupatoto and Zevio but which also involves Belfiore, Albaredo and Ronco all’Adige.

The race track is made up of three loops: the 38 km Yellow Loop, the 27 km Red one and the 19, 5 km the Blue Loop to be repeated in the following order: yellow, yellow, red and blue.

Young riders between the ages of 14 and 21 are ready to challenge each other along the 120 km track which seems to have been deliberately created to enhance the performance of both riders and horses.