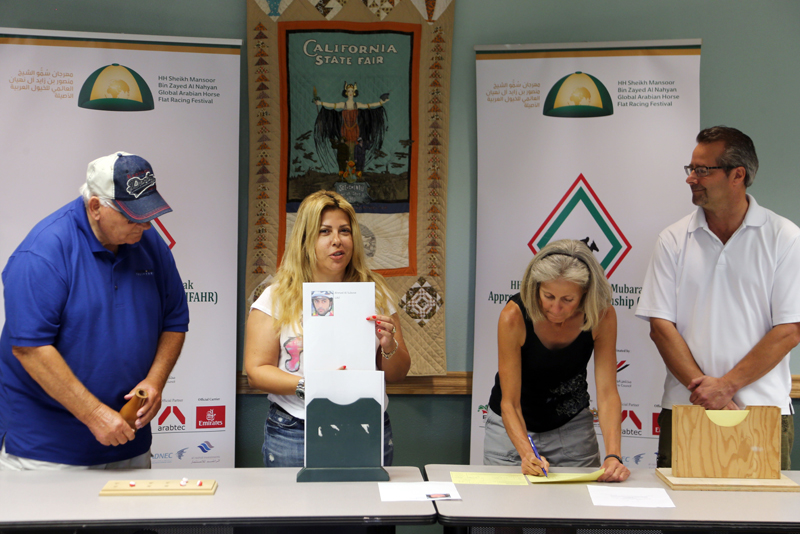 “We will be having a total of five races in this H.H. Sheikha Fatima Bint Mubarak Apprentice World Championship (IFAHR) starting here in Sacramento. The other races will be held in Newbury, UK on August 3, Baden-Baden in Germany on September 7, and Tarbes in France on October 12 with the finale of this series on November 9 in Abu Dhabi,” Ms Sawaya said.

“This series is to encourage the promising young jockeys, usher in a new generation of jockeys and ensure the future is strong as they go on to become professionals,” she said.

The UAE’s Ahmed Al Subosi, who has shown a lot of promise and is part of the all-conquering Godolphin Stables, will be riding on Saturday along with apprentice jockeys from nine other countries. They include Gemma Tutty from Great Britain, Corrine Andros from Canada, Aase Marie Brown from Sweden, Patrick Gibson from Germany, Gianni Siaffa from France, Joshua Cartwright from Australia, Laura Barry from Ireland, Gianluca Sanna from Italy and Laura Carson from the host country USA.

Italian Sanna, a 20-year-old Apprentice with one win from four rides drew the favourite Sammy V and the recent record-breaking performer could be the one to beat in the 10-horse field in the 6-furlong race with a total prize fund of US$ 27,000 up for grabs.

The UAE’s Al Subosi will be on local hope Le Jest A Flash.