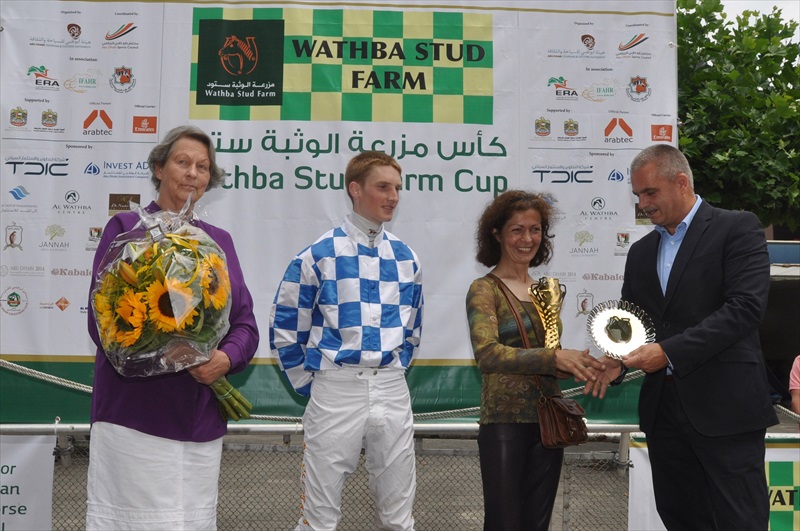 Hurra, sixth to Speed Kossack in the second Wathba Stud Farm Cup race held here on May 14 over 2150 meters, looked spot on for Sunday’s race run over 1800 meters.

Sunday’s race was the third of the five races of the Wathba Stud Farm Cup scheduled to be held in The Netherlands by the HH Sheikh Mansoor bin Zayed Al Nahyan Global Arabian Horse Flat Racing Festival. These races are aimed at promoting Purebred Arabian racing at the grass roots level and have been a huge success over the recent years.