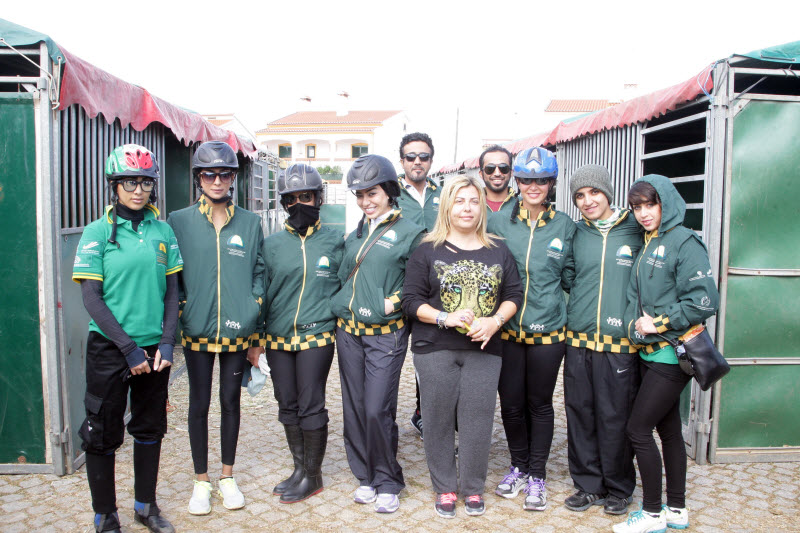 The next two days, July 26 and 27 will see endurance racing fans from all over Europe assemble in Verona in Italy to witness competitions in four endurance rides supported by the HH Sheikh Mansoor bin Zayed Al Nahyan Global Arabian Horse Flat Racing Festival.

A record number of 200 riders and their horses representing 19 countries will be seen in action over the next two days but the feature event will be on Saturday, July 26 when over 70 lady riders will battle it out in the first-ever Her Highness Sheikha Fatima bint Mubarak Ladies Endurance Cup, a world class ladies competition being held here in Europe for the first time.

The UAE will be represented by a team of 5 riders with the hosts Italy fielding over 30 riders as top women riders from over 15 countries will battle it for individual and team honours in the CEIO Two Star Her Highness Sheikha Fatima bint Mubarak Ladies Endurance Cup ride over 120 kms.

Mussalem Alamri is the Chef D’Equipe of the UAE ladies team and the experienced endurance rider said, “The UAE team will do well in this competition.”

Bahrain, led by HE Sheikha Najla bint Salman Al Khalifa, will also be in the team competition with Dana Al Dosseri and Manal Fakhrawi as the other team members.

HE Noora Al Suwaidi, Secretary General, UAE General Women’s Union and Chairman of the UAE Women’s Sports Committee said, “This is a very proud event for the lady riders from the UAE. This event will surely give lady riders not only in the UAE but from around the world a great opportunity to be involved in an international competition amongst themselves”.

“We thank His Highness Sheikh Mansoor bin Zayed Al Nahyan, UAE’s Deputy Prime Minister and Minister of Presidential Affairs and Her Highness Sheikha Fatima bint Mubarak, Chairwoman of the General Women’s Union, Supreme President of the Family Development Foundation (FDF) and Head of the Supreme Council for Motherhood and Childhood and Mother of the world for this event,” she said.

Bahrain’s Shura Council member HE Lulwa Awadhi said, “This Ladies event in the name of Her Highness Sheikha Fatima bint Mubarak is a reflection of the efforts of the HH Sheikh Mansoor bin Zayed Al Nahyan Global Arabian Horse Flat Racing Festival in promoting women around the globe in equestrian sport.”

Ms Lara Sawaya, Executive Director of the HH Sheikh Mansoor bin Zayed Al Nahyan Global Arabian Horse Flat Racing Festival and Chairman of Ladies Racing at the International Federation of Arabian Horse Racing Authorities (IFAHR) and Honorary President of Italia Endurance Festival said, “We are looking forward to some exciting action over the next two days. The Her Highness Sheikha Fatima bint Mubarak Ladies Endurance Cup will now be part of the annual calendar and will be held in different venues.”

“We thank Bahrain for their support to the Festival as HH Sheikha Najla bint Salman Al Khalifa will be competing in the Her Highness Sheikha Fatima bint Mubarak Ladies Endurance Cup. There will be competitions in both the individual as well as the team categories,” Ms Sawaya added.

All four trainers expressed their belief that the UAE lady riders will put up a highly commendable show in the international event as they have gained some experience from the previous rides hosted by the HH Sheikh Mansoor Festival in Europe earlier this season.