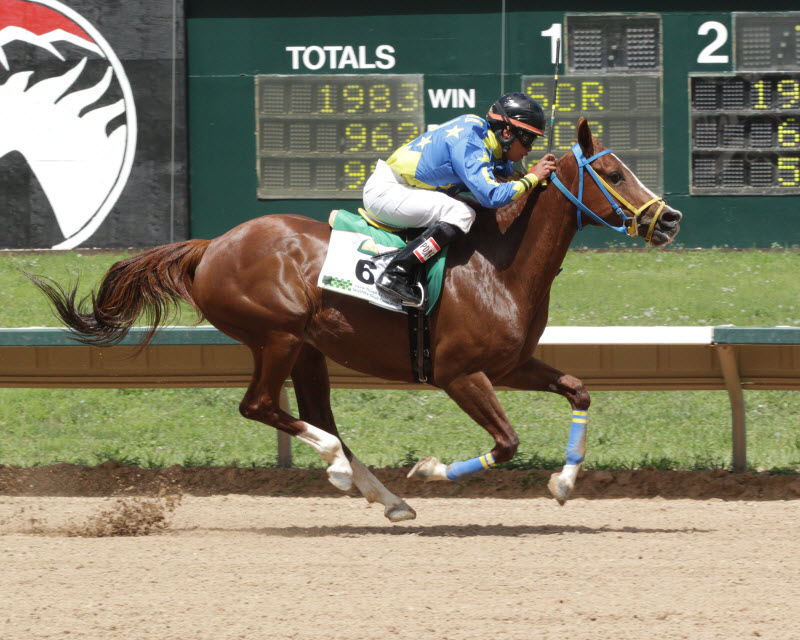 Friday’s race was the third Wathba Stud farm Cup race to be held here in Colorado.

Once Breezell Lzp took the lead at the top of the stretch it became a one-horse race. The 6-year-old chestnut mare ridden by Karlo Lopez powered clear for a 19 1/4-length victory in the 6-furlong race in 1:20.70.

Owned by the Quarter Moon Ranch of Lori Long and trainer Scott Powell, Breezell Lzp had finished second in the Wathba Stud Farm Cup at Arapahoe Park on July 5. She left no doubt on Friday as she collected her first career victory in her fifth lifetime start following three seconds and a third to begin her career this year.

“I’ve always thought she was a pretty good horse,” Powell said. “We’ve had to be patient and build her up. She hasn’t even shown us what she can do yet. She’s just starting to step up.”

Wptr Jose Cuervo took second in the field of 10 for jockey Travis Wales and trainer Elizabeth Brand while Dormanes Fantasy Cs was a further head back in third ridden by Kelly Bridges.

This is the first year that Arapahoe Park has hosted the Wathba Stud Farm Cup, a global series that takes place in nine countries around the world. Etres Chic won Arapahoe’s first race in the series on May 25, and Zvezda captured the second on July 5.

“I think Arabian racing could be huge here,” Powell said. “This has been a big opportunity for Arapahoe Park to team up with the HH Sheikh Mansoor bin Zayed Al Nahyan Global Arabian Horse Flat Racing Festival. I hope Arapahoe Park can host more races in the festival in the future,” he added.