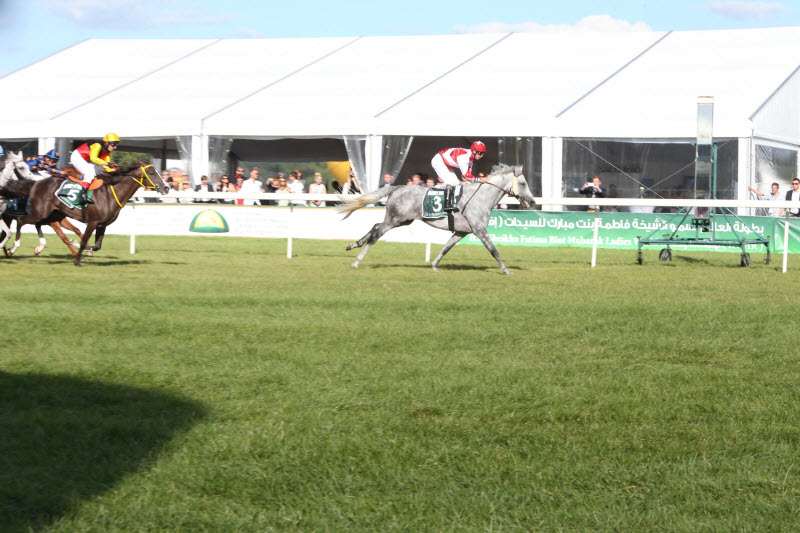 Warsaw- Poland: Indian professional lady jockey Rupa Narpat Singh breaks new grounds as the leading rider faces the challenge of her sex in the 13th round of the 30.000 euro HH Sheikha Fatima bint Mubarak Ladies World Championship (IFAHR), the penultimate leg of the series at the Służewiec Horse Race Track on Sunday.

Elsewhere, seven horses have been declared to make the lineup in the 11th round of the 35.000 euro, Sheikh Zayed bin Sultan Al Nahyan Cup (Gr-3) early in the afternoon at the same venue.

Ladies from ten countries including two professionals – Rupa Narpat Singh of India and Joanna Wyrzyk from Poalnd, and 8 amateurs from France, Spain, the Netherlands, Ireland, Germany, Oman, Sweden and Great Britain will be onboard the Purebred Arabian horses.

Poland will be represented by the 17-year-old Joanna Wyrzyk, daughter of currently one of the best trainers Adam Wyrzyk. The brilliant teenager has begun her track career last April and won six of her 17 starts.

Meanwhile, victory in the four previous Warsaw editions of the Sheikh Zayed bin Sultan Al Nahyan Cup went to foreign horses. In 2010, the victor was the French-trained Saudi stud Muqatil Al Khalediah, who established an excellent 2600m track record of 2,56,30 seconds. The following year, the winner was the Dutch-owned, French-bred Sartejano. The last two seasons belonged to Ameretto, a French-bred stud trained in Germany by Günter Richter. Last year, aside from the main prize of PLN 60 000, the horse won for its owner, Manuela Daverio-Scharfenberg, an additional premium of 30 000 euro for taking first place in a mini cycle of three European Sheikh Zayed bin Sultan Al Nahyan Cup races. This season this experienced stud is once again without competition, finishing second at the Hoppegarten track in Berlin on May and first on the Dutch course Duindigta month later, with none of his main competitors running in Warsaw. As soon as he is past the finishing line, his owner will once again win the special prize of 30 000 euro. Sunday will prove whether Ameretto remains the best to claim the European Racing Award for the third time. This race, with the pool of prizes amounting to PLN 105 000 (PLN 60 000 for first place) will also feature three Polish-bred horses, last year’s winner of Derby Wares, this year’s winner of the race Ziko and the mare Afrah.