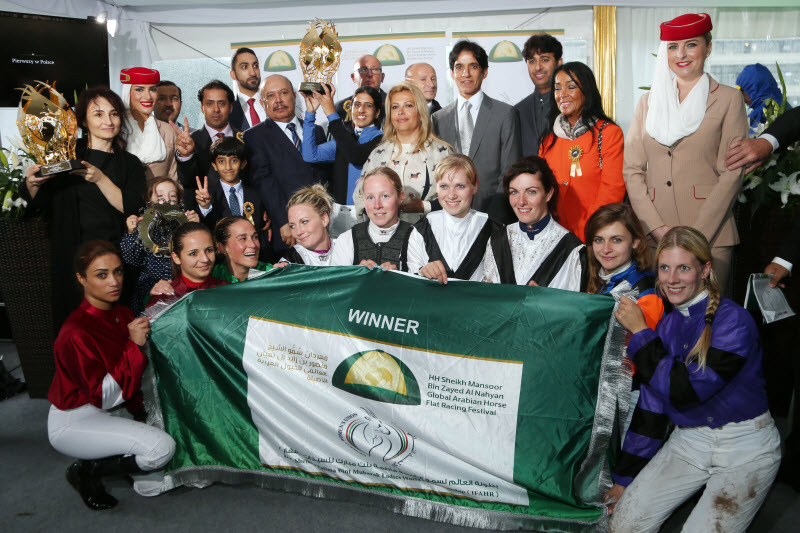 Ameretto, ridden by M Manueddu, proved his absolute brilliance as Europe’s Best Purebred Arabian Horse with a superb win in the 11th round of the Sheikh Zayed bin Sultan Al Nahyan Cup Group-3 (PA) to claim the European Racing Award for the third time at the Służewiec Horse Race Track on Sunday.

Elsewhere, top Indian lady jockey Rupa Singh, onboard Nicolas, smashed a strong field of ten runners to make it a winning debut for her country in the 13th and penultimate round of the HH Sheikha Fatima bint Mubarak Ladies World Championship at the same venue later in the evening.

“He did nothing wrong,” said the winning jockey Manueddu later. “Ameretto is easy to handle and didn’t require any reminder in this company. He is a top-class talent and holds good claim to being regarded the greatest middle distance purebred Arabian,” he added. 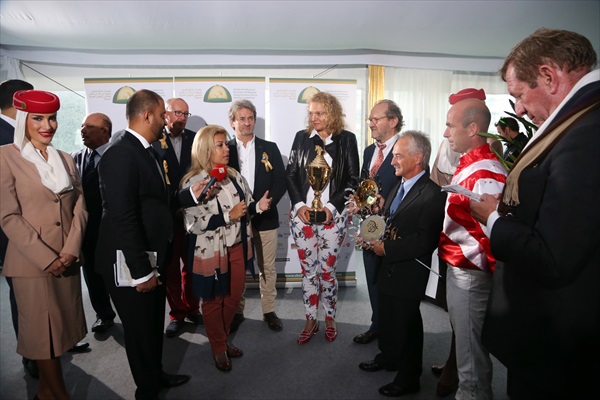 Ameretto has won this race over the last two years and the moment he has passed the finish line, owner Manuela Daverio-Scharfenberg was rewarded with an additional premium of 30 000 euro for taking first place in a mini cycle of three European Sheikh Zayed bin Sultan Al Nahyan Cup races. The French-bred son of Amer finished second at the Hoppegarten track in Berlin last May and first at Duindigta a month later to claim European Racing Award for the third time.

The winner covered the distance in 3.12.90 seconds (nearly 16 seconds below the track record set for this distance (2600m) by the Saudi contender Muqatil Al Khalediah in 2010. Early leader Ziko (P Krowicki) was relegated to second and Tyl under A Turgaev was third.

“The pace was too slow,” said the German-based trainer G Richter later. The going was soft and the jockey was not in hurry since there was no real threat. Manueddu rode him patiently and didn’t need more than to shake the reins close home to win handy,” he added.

Meanwhile, confident Indian jockey Rupa Singh said she was a little bit worried before the race. “It’s my first race outside the Indian soil on the back of an Arabian horse without my whip,” she noted. 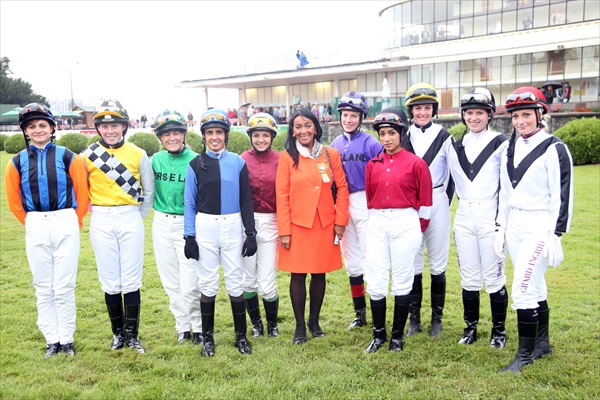 “My horse didn’t break well and I had to settle him down. The trainer told me to race from the outside and keeps the horse away from the pack. Luckily, Nicolas was galloping nicely. At this stage I have realised that the race was working for me,” she said. “And although the Swedish lady Lina Bogren hit the front in the straight and took Benefis to a clear-cut lead in the last two furlongs, I was confident that my horse will never let me down and that was has happened,” she said.

Nicolas covered the 1600 metres distance 1.56.60 seconds to prevail by two lengths and a half on the line while the French girl Ingrid Grard astride Sariah Al Khalediah was five lengths behind in third place.

UAE ambassador to Poland Asim Mirza Al Rahama thanked once again the wise leadership saying that many things have changed with the announcement of Warsaw as the venue of the 6th edition of the World Arabian Horse Race Conference 2015.

“We have been receiving many calls regarding the plans for the conference and I think this is a real breakthrough to enhance the image of our nation,” he said.

“People in Poland have great passion for horse racing. Breeding is equally part of the country’s industries. There are many Arab breeders and owners who have established stud farms and stables in Poland and they are doing a very good business,” he added.

“But, what matters most is the promotion of the UAE heritage, culture and history thanks to the initiative of HH Sheikh Mansoor bin Zayed Al Nahyan and HH Sheikha Fatima bint Mubarak, Mother of the UAE,” he concluded.

Lara Sawaya, executive director of the HH Sheikh Mansoor bin Zayed Al Nahyan Global Arabian Horse Flat Racing Festival and chairman of the Ladies Racing Committee in the International Federation of Arabian Racing Authority (IFAHR) was over the moon after the exciting performance of the Indian lady.

“Under the directives of HH Sheikh Mansoor bin Zayed Al Nahyan to explore the Indian subcontinent, we were faced with a difficult mission since there are no many ladies in the profession there. Rupa was the only lady jockey and fortunately we have at last succeeded in adding India to our list to become the 56th nation in the HH Sheikh Mansoor bin Zayed Al Nahyan Global Arabian Horse Flat Racing Festival,” she said.

“We are delighted to see her winning on debut to become the 13th girl in the 16-runner field of the grand finale of the premier world ladies championship at the Abu Dhabi Equestrian Club on November 9. The remaining three ladies would be announced in a special news conference,” she added. “I expect many Indian fans to pack the venue to cheer Rupa on that day,” she said. 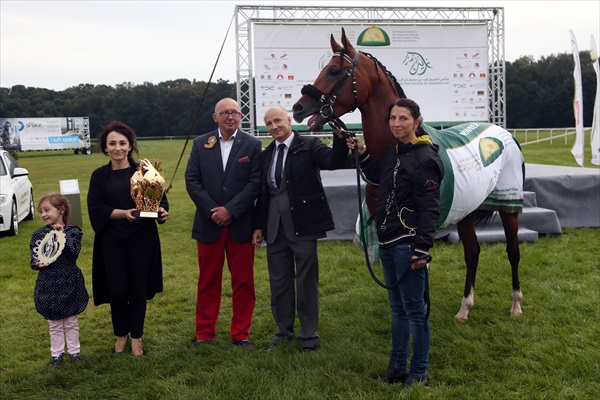 Top French filly Sia, ridden by Miss Jadev Pietrasiewicz, landed the fourth running of the Wathba Stud Farm Cup at the Duindigt Racecourse over 1900m in Holland on Sunday. Trained by Miss Karin R. van den Bos, the four-year-old daughter of Akbar from Saka claimed her second success of the season in four starts, having finished fourth and fifth otherwise.

The race is held under the umbrella of the HH Sheikh Mansoor bin Zayed Al Nahyan Global Arabian Horse Flat Racing Festival and carried a total purse of 5000 euro in prize-money.

Robbie Junior, ridden by P. Gibson for trainer Mr. CJM Wolters came second and behind them came stable-mate Derham in the hands of Mrs. CJM Klinkenberg to ensure a 2-3 finish for the same trainer. 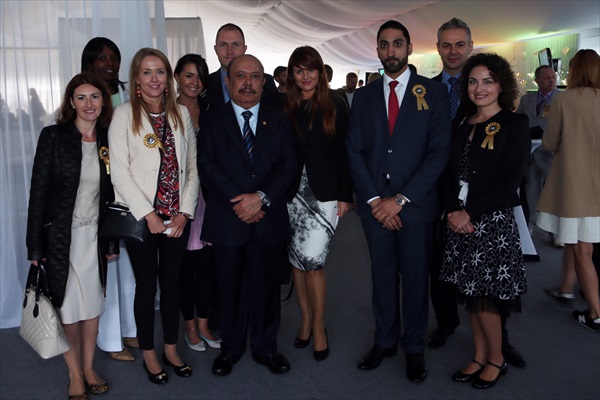