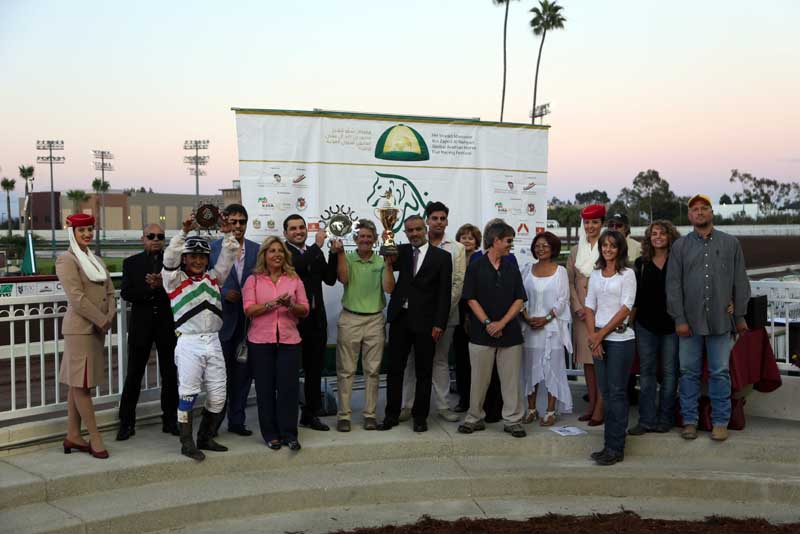 Appropriately enough it is a mouth-watering contest on the cards as some of the top Arabians racing ion the UAE will start in the US$ 47,000 race over a mile’s distance.

MS Dixie, who set the same course ablaze with a record-breaking run on September 7 will take on two classy Group 1 champions in Valiant Boy SBFAR and RB Champagne Taste.

In the last two Group 1 races held here in the US this season, Valiant Boy SBFAR and RB Champagne Taste battled it out and finished in the same order in both the events.

Ms Lara Sawaya, Executive Director of the HH Sheikh Mansoor Bin Zayed Al Nahyan Global Arabian Horse Flat Racing Festival and Chairman of Ladies Racing Committee in the International Federation of Arabian Horse Racing Authorities (IFAHR) said, “The quality field in the very first running of the Sheikh Zayed bin Sultan Al Nahyan Cup here in Los Alamitos is a great start for the HH Sheikh Mansoor Festival. Los Alamitos will be the third race in the Triple Jewel race series in 2015 for Purebred Arabian horses in the US. ”

“This Triple Jewel will offer a total of US$ 150,000 bonus and will comprise of races in Houston, Texas (Amethyst), Pleasanton, California (Emerald Green), and here in Los Alamitos(Diamond). Horses will gain points based on their finish in each of the three races and the one with most points will collect the bonus,” she explained.

Aref Alawani, Secretary General of Abu Dhabi Sports Council said, “This is another prestigious race which puts both Purebred Arabian horses as well as Abu Dhabi in the spotlight. We fully support this new race in California.”

Sheikh Hamdan bin Suroor Al Sharqi, Invest AD’s Vice President – Relationship Management said, “As sponsors we are very delighted with this latest addition to the long list of prestigious races that the HH Sheikh Mansoor Festival stages all over the globe.”