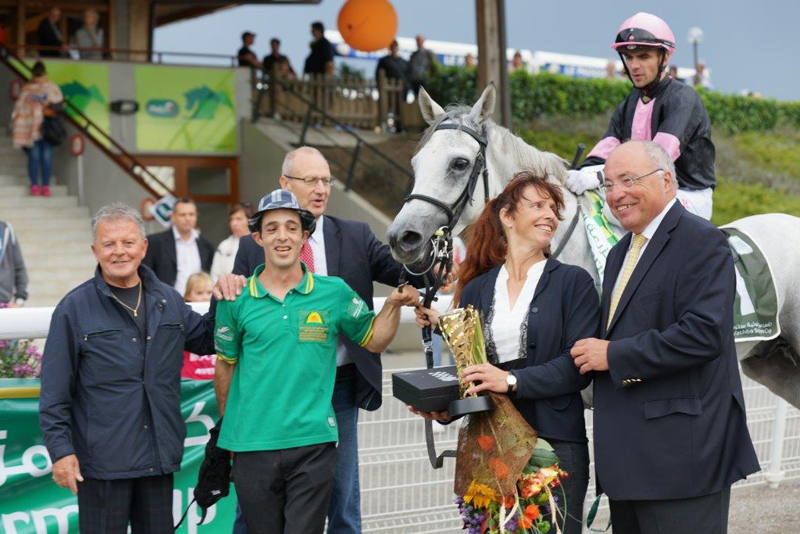 Nil Ashal, owned by Urs Aeschbacher and trained by Franziska Aeschbacher, was attempting a third win in three months against arch rival Sayf. And in a close finish Placais made it three out of three for this year on the 5-year-old grey bred in Switzerland.

Nil Ashal had beaten Sayf in July and August and once again it was a close contest but Placais steered the 2012 Swiss National Champion to score over the Lena Mattes-ridden Sayf.

Sayf’s trainer Mrs Anika Daunheimer had to remain content with the second and third place as her other runner Atoum Re finished behind Sayf. 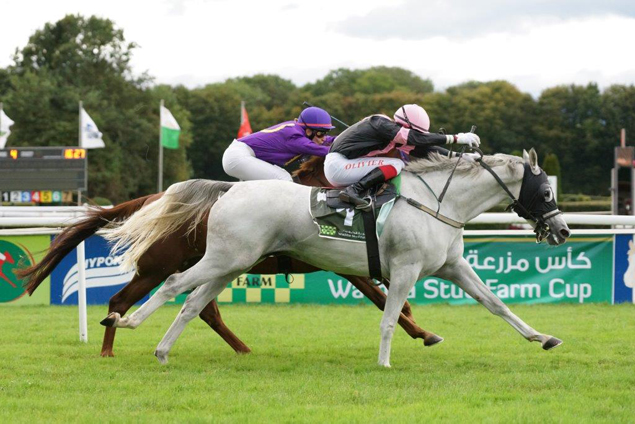 Commenting on the Avenches race, Ms Lara Sawaya, Executive Director of the HH Sheikh Mansoor Bin Zayed Al Nahyan Global Arabian Horse Flat Racing Festival and Chairman of Ladies Racing Committee in the International Federation of Arabian Horse Racing Authorities (IFAHR) said, “This was one of our busiest weekends for the Festival as we had races in Los Alamitos in Los Angeles, Samorin in Slovakia and Avenches in Switzerland.”