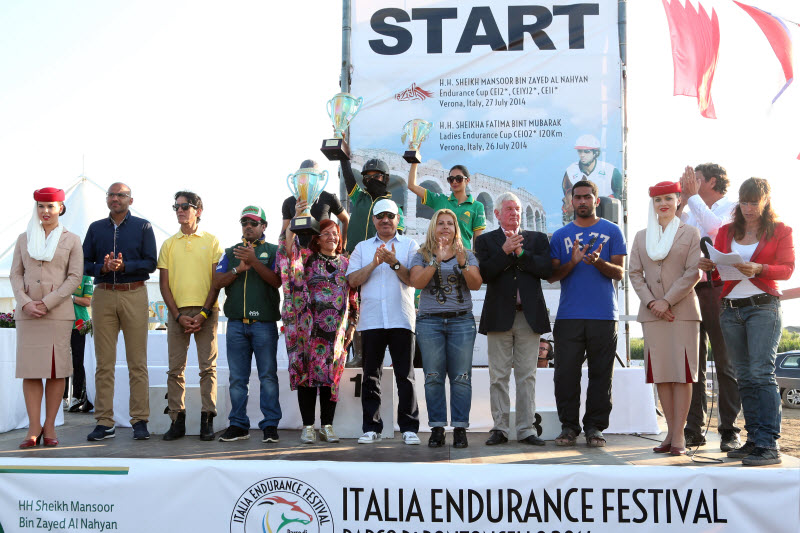 A competitive field of 48 rides, including five hopefuls from the UAE, will compete for top honours in the 120km ride for seven-year-old horses.

The UAE challenge is spearheaded by Al Ain’s Afra Khalifa Al Suwaidi, who Led the UAE ladies endurance team to a double gold medal winning success in the Her Highness Sheikha Fatima Bint Mubarak Ladies Endurance Cup in Verona, Italy in July. Afra will partner the Hassan Rakhan Al Mansoori-owned gelding Ainhoa Tidjor, a horse which helped her qualify for the Slovakia ride.

“His Highness, through his support of events like the FEI World Endurance Championship for Young Horses has helped the sport to reach a higher level,both in terms of participation and importance.“Endurance, in particular, is flourishing and getting more noticed in Europe and around the world thanks to the support of the Sheikh Mansour Festival which has worked together with the local authorities in Slovakia to put on a top class competition. We wish all the competitors the best of luck on Saturday.”

“The Sheikh Mansour Festival offers all enthusiasts of Arabian horses with the chance to be involved in something significant that is happening in the sport. As a result the calendar is full of exciting events in over 50 countries. This can only be good for the growth of Arabian racing around the world.”
Mubarak Rashed Al Nuaimi, Director of Promotion & Overseas Offices, Abu Dhabi Tourism & Culture, said he was proud to be involved with the HH Sheikh Mansour Bin Zayed Al Nahyan Global Arabian Horse Flat Racing Festival and part of its efforts to raise the profile of Arabian racing globally.