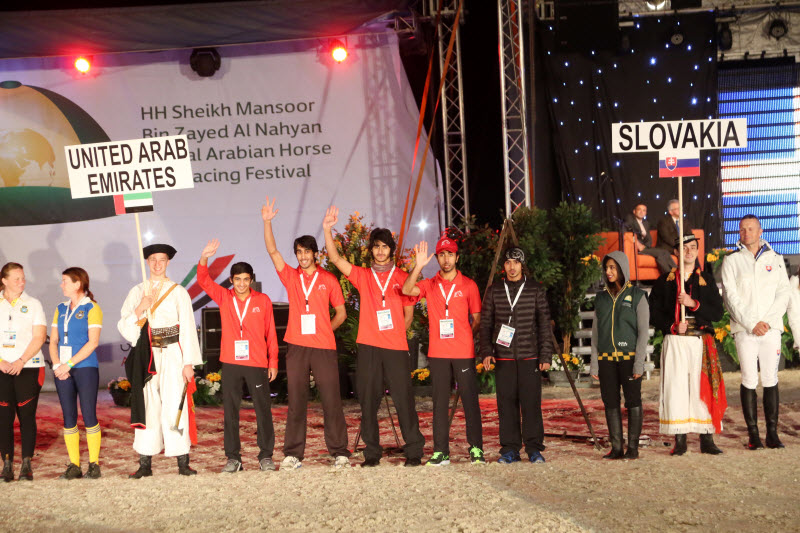 Samorin, Slovakia The FEI World Endurance Championships for Young Horses 2014 got off to a rousing start as riders from 15 countries came together in pursuit of glory at Samorin, Slovakia.

An array of riders from the United Arab Emirates, Argentina, France, Estonia, Russia, Spain, Portugal, Hungary, Poland and the Czech Republic will compete in the challenging 120km CEI 4* event for seven-year-old horses.

The event opened to the rapturous sound of drumming by a band wearing the green and gold colours of HH Sheikh Mansoor Bin Zayed Al Nahyan Global Arabian Flat Racing Festival as representatives from the participating countries performed a march past waving their national flags to the crowd.

Miloslav Seruga, President of the event was joined by Peter Pellegrini, Minister of Education, Science Research and Sport, Lara Sawaya, Chairman of Ladies Racing Committee in the International Federation of Arabian Horse Racing Authorities ( IFAHR) offered an enthusiastic welcome to the riders and wished them best of luck.

The FEI World Endurance Championships for Young Horses is supported by the HH Sheikh Mansoor Bin Zayed Al Nahyan Global Arabian Flat Racing Festival and is being held in Slovakia for the first time in history.

As many as 43 riders will have to cover the gruelling 120-kilometre track from Pezinok to Šamorín, which is divided into 5 loops.

In his welcome speach Seruga thanked HH Sheikh Mansoor Bin Zayed Al Nahyan, Deputy Prime Minister of the UAE and Minister of Presidential Affairs for supporting the event and equestrian sports around the world.

He also encouraged the riders to compete in the spirit of friendship and to keep the sport at heart.

“This is such a prestigious event that marks a new page in Slovakian sporting history and we hope that it will ensure that it will provide a boost to equestrian sport in the region.”

Ian Williams, the FEI’s Director of Endurance, also thanked the Sheikh Mansoor Festival for its continuous support of endurance event around the world.

“It is with great pleasure that we bring the FEI World Endurance Championships for Young Horses 2014 to East Europe for the first time in history,” he said. “I believe that it represents a great opportunity for the riders and their young horses, who can become the starts of the future.

“I wish all competitors best of luck and a safe ride.”

Williams always conveyed the best wishes of FEI President Her Highness Princess Haya Bint Al Hussein, wife of His Highness Sheikh Mohammed Bin Rashid Al Maktoum, Vice President and Prime Minister of the UAE and Ruler of Dubai, to all those in attendance at the opening ceremony. 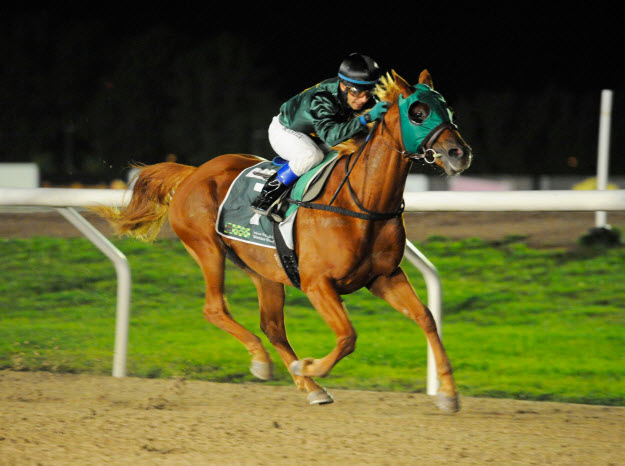 “Her Highness Princess Haya sends her best regards to all of you and wishes you a successful event. She is particularly delighted with the