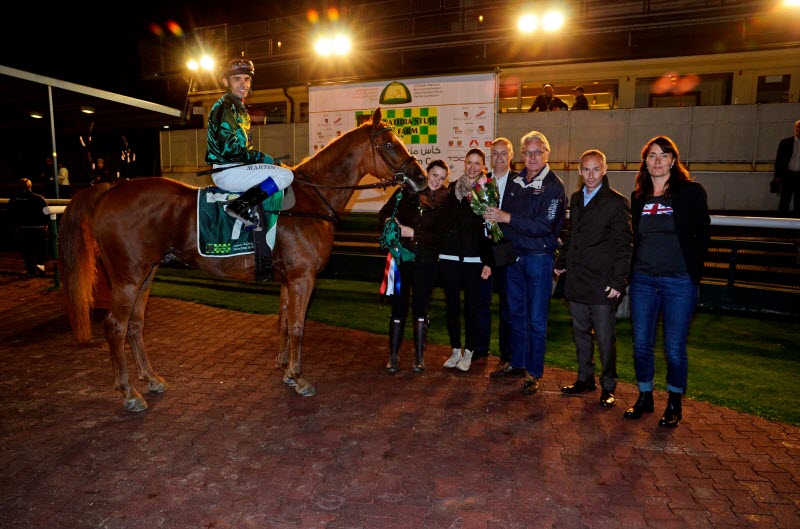 In Sweden’s Jagersro, it was Mad Makz that ended the big race on a winning note over 1200-metres on a dirt track and under floodlights.

Being her favourite in the stables of owner/breeder Genberg & Co, young Mimmi Jarl bought Mad Makz last year and she and her friend Yasmine Nilsson have since had a lot of fun with the 6-y-o and were over the moon to receive the Wathba Stud Farm Cup for the race. 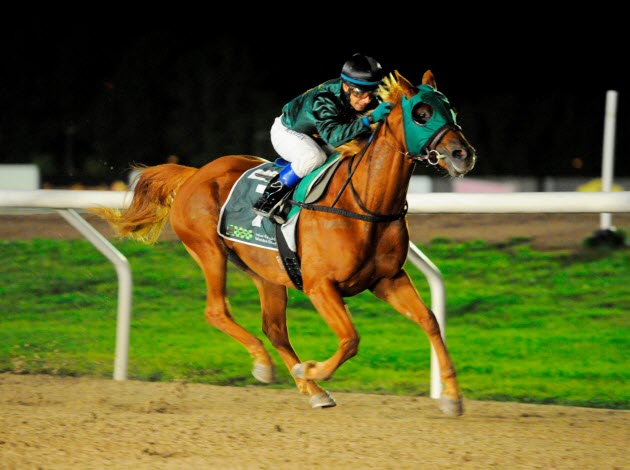