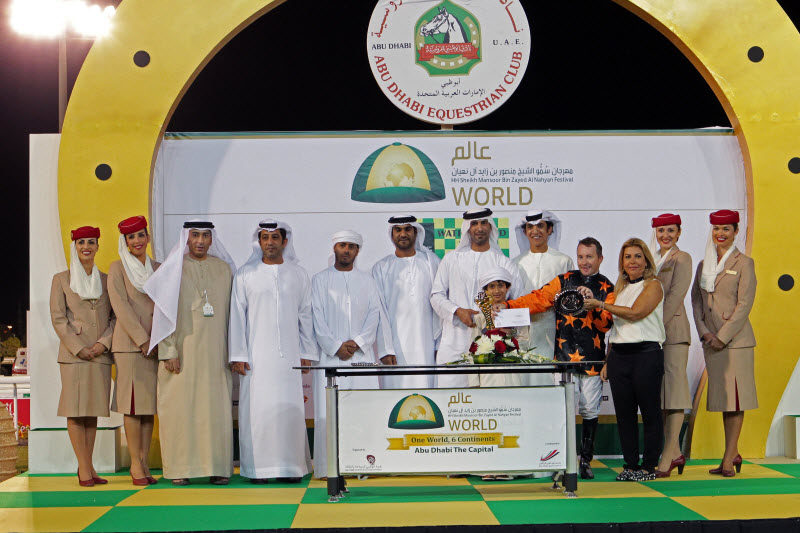 It was Saeed Hadher Al Mazrouei’s fifth runner in his fledgling career and Wathba Stud Farm Cup (Private Owners Only) and jockey Tadhg O’Shea partnered Live Rich to land the 1600m event which carried a cash purse of Dh 70,000.

In fact it was a quick double in the third race of the opening meeting for the 2014-15 season here in Abu Dhabi for O’Shea who had earlier won the first race on Abhaar.

“Live Rich is in very good form and frankly I was expected him to run well and win,” said a jubilant trainer Saeed Al Mazrouei later.

“I would like to thank His Highness Sheikh Mansoor bin Zayed Al Nahyan, Deputy Prime Minister of the UAE and Minister of Presidential Affairs, for supporting small breeders and owners and encouraging them to improve the quantity and quality of the Arabian horses within the UAE,” he said.

The UAE’s champion jockey O’Shea said: “Live Rich gave me a great ride and did all the business when asked the question.”