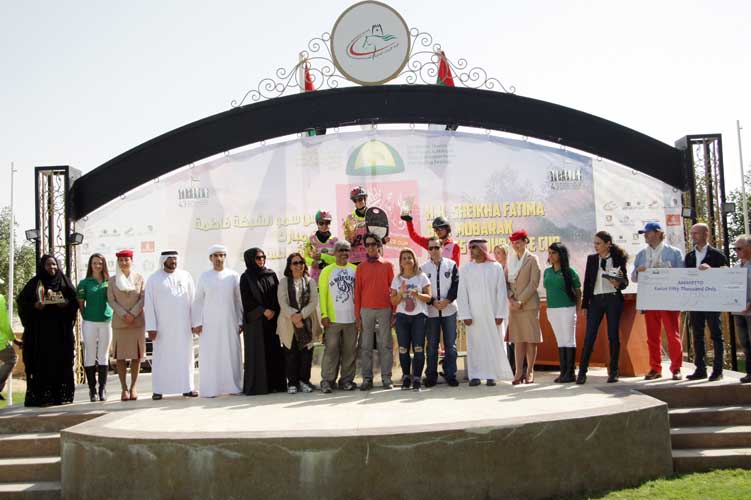 Another Spanish rider Nuria Figueiras Rifa on Vitamina II and Ireland’s Amy Louis on Terminator Te finished 4th and 5th respectively and were part of the top five pack of lady riders who won a 4WD car each apart from a slice of the Dh 300,000 on offer.

The winning Argentine praised her horse Moreno and said the Al Reef Stables and the trainer Abdullah Al Hammadi (who trained both the first and second-placed horses) had done a great job in preparing the horse for this important and prestigious ride. “I am delighted as the UAE lady riders are very strong and today’s start list was a highly competitive one. But both the weather as well as the course was in great shape and I enjoyed this win,” Catalina Bastons said.

Along with the five 4WD cars and the Dh 300,000, an amount which will be shared by all those who completed the ride, the HH Sheikh Mansoor bin Zayed Al Nahyan Global Arabian Horse Flat Racing Festival also honoured the connections of Ameretto after the horse won the European Triple Crown of the Festival’s Sheikh Zayed bin Sultan Al Nahyan Cup for the third consecutive year. Owner Dr Paul Daviero and jockey Mauro Manueddu were elated as the owner received a special bonus of Euros 50,000 for the three-in-a-row win of the Sheikh Zayed bin Sultan Al Nahyan Cup Triple Crown that comprised of races in Germany, Poland and Holland. 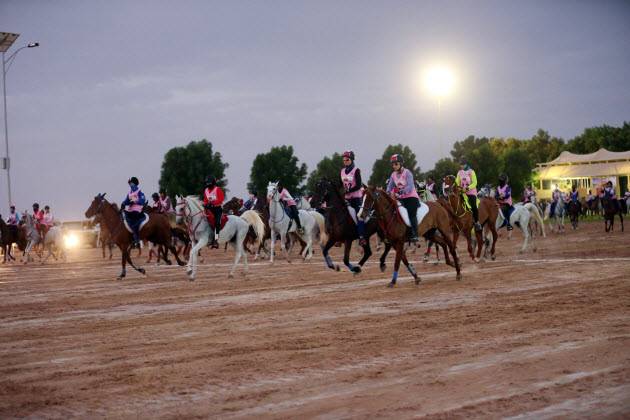 “The largne number of starters, 106 in total, reflects the love and affection for the Mother of the UAE and the World Her Highness Sheikha Fatima bint Mubarak, Chairwoman of the General Women’s Union, Supreme President of the Family Development Foundation (FDF) and Head of the Supreme Council for Motherhood and Childhood. This event also marks the UAE National Day and we thanks HH Sheikh Mansoor and HH Sheikha Fatima bint Mubarak for all their support,” Ms Sawaya said.