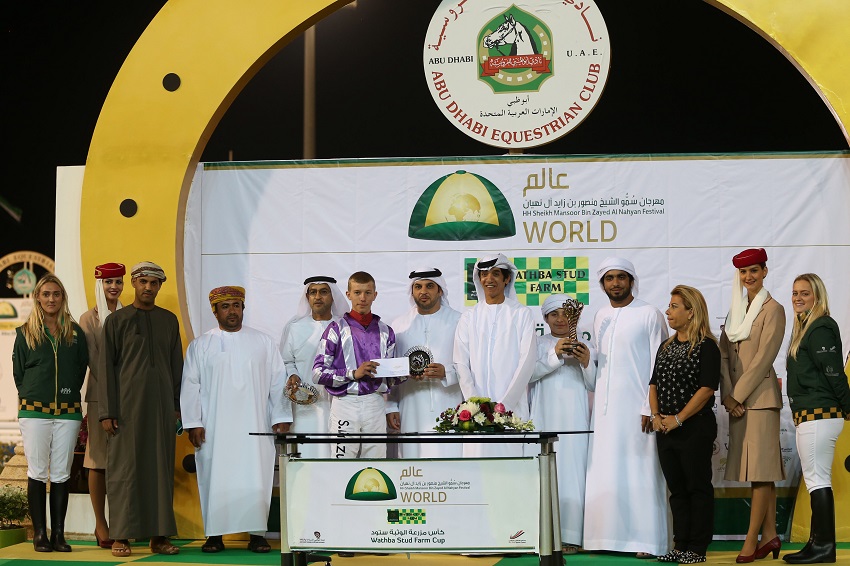 As with his Al Ain winner, this one was saddled by Ibrahim Al Hadhrami, with whom the young Pole is based.

“Two winners in two days is a great surprise”, said the jockey. “I have only had 14 rides so I have to be very pleased. I had a good season in Poland with 67 winners and am really enjoying this experience.”

“I’m truly happy for trainer Ibrahim Al Hadhrami who did a very good job to prepare the horse after a one year layoff,” said the winning jockey. “He was always surprising me after the fast break and never let me down in the concluding stages when attacked by the heavy traffic from behind,” he added.

However, the six-year-old son of Dormane left the machines very quickly to lead and make virtually all to cross the line by a length and a half ahead of fast finishing Swwing under Gerald Avranche. 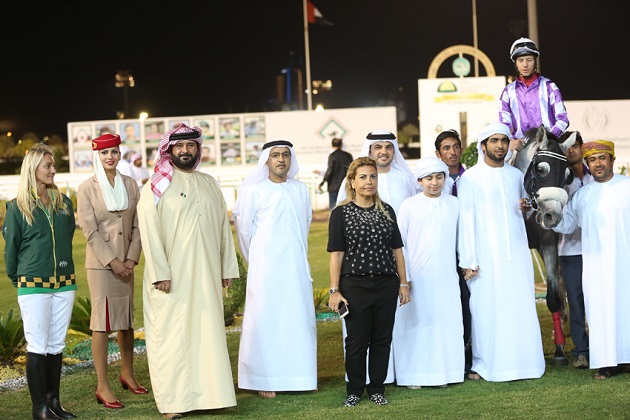 Al Hadhrami commented: “We have been working with him and he was training very well in the last few weeks. I didn’t expect him to win, but he started well and dictated to show his stamina when it mattered.”

“I would like to thank HH Sheikh Mansoor bin Zayed Al Nahyan, UAE Deputy Prime Minister and Minister of Presidential Affairs for all his support for the Arabian horse breeders and owners not within the UAE alone, but around the globe,” he added. 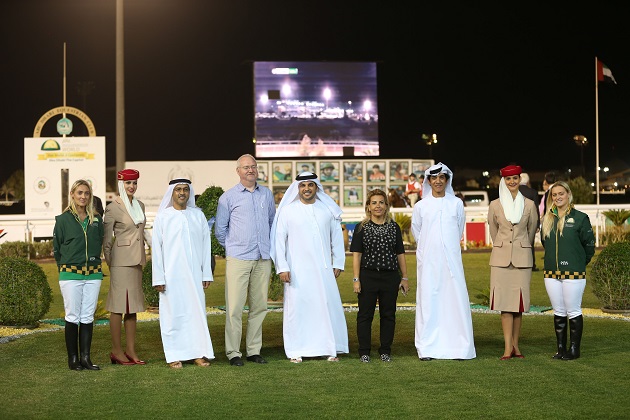