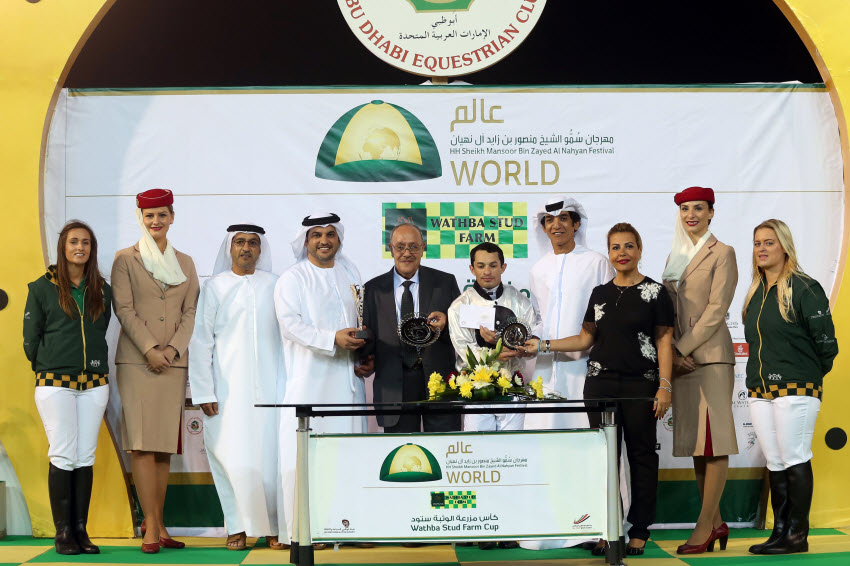 Trained by Saifaldin Deeb at Al Falah Stables, the six-year-old son of Big Easy prevailed by 1.5 lengths in 1.03.17 seconds. 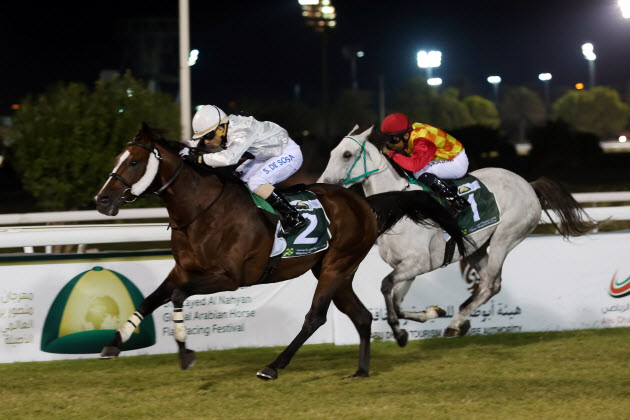 Brazilian jockey Silvestre De Sousa who completed double on Sunday night after earlier winning on Boss Des Vialettes in the third race said: “Najm S’hail is in great form and did nothing wrong all the way.”

Lebanese trainer Saifaldin Deeb thanked the festival on behalf of owners and breeders saying that the Festival has motivated people to show more interest in breeding and owning Arabian horses as evidenced in the big numbers of horses which are entered and declared for the races.

Adnan Sultan noted that the Arabian races are moving from strength to strength thanks to the great support of HH Sheikh Mansoor bin Zayed Al Nahyan.

“The numbers of owners and horses are on the rise and we have been receiving requests from owners in the neighbouring Gulf States to send their horses to race in the UAE,” he confirmed.

Meanwhile, Ms Sawaya thanked all the breeders, owners and trainers who have been sending their horses to take part in the Wathba Stud Farm Cup series.

“With more horses in the lineup, the quality of races increase,” she said. “Under the directives of HH Sheikh Mansoor bin Zayed Al Nahyan, the festival has provided special prize-money of Dh10,000 for the breeder of the winning horse in each individual race.

“The Wathba Stud Farm Cup For Private Owners Only provides a very good opportunity for the UAE breeders to do more as the whole world is watching them via the live telecast of the races by the Abu Dhabi Sports Channel,” she said.

“On December 29, delegations from the world racing community, including 40 apprentice jockeys who have participated in the HH Sheikha Fatima bint Mubarak Apprentice Championship, meet in Abu Dhabi to witness the convention of the International Federation for Training Schools,” she said.

The new body is not restricted to connections of Arabian horses alone, but it includes the Thoroughbred horse connections as well,” Sawaya clarified. 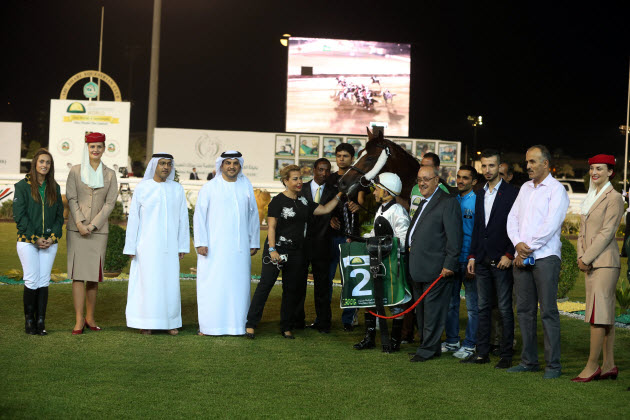