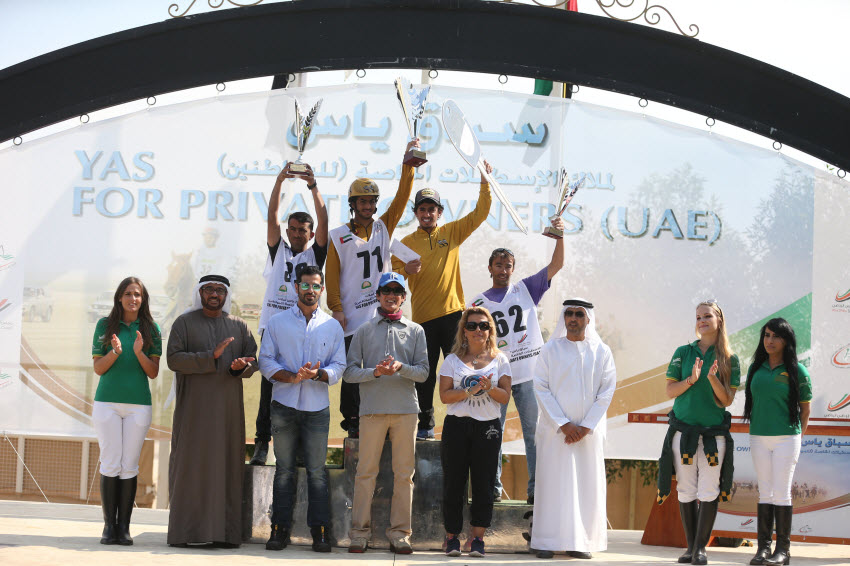 The race has attracted 120 riders from the private stables within the UAE to battle it out for the five 4WD vehicles that have been provided for the top five finishers.

The winner covered the distance in 3 hours, 32 minutes and 32 seconds at an average speed of 28.23km/ hour. The brilliant performer advanced from the 15th position by the end of the first loop to settle fourth in the second vet gate then fell back to the seventh place after the third phase before he made his final move to lead and cross the finish line ahead of all.

Indian contender B. Singh was 0.08 seconds behind in second place for the Abdullah Al Qaisah Stables and then came the Uruguayan rider Jonathan Riveira from Al Ain Stables.