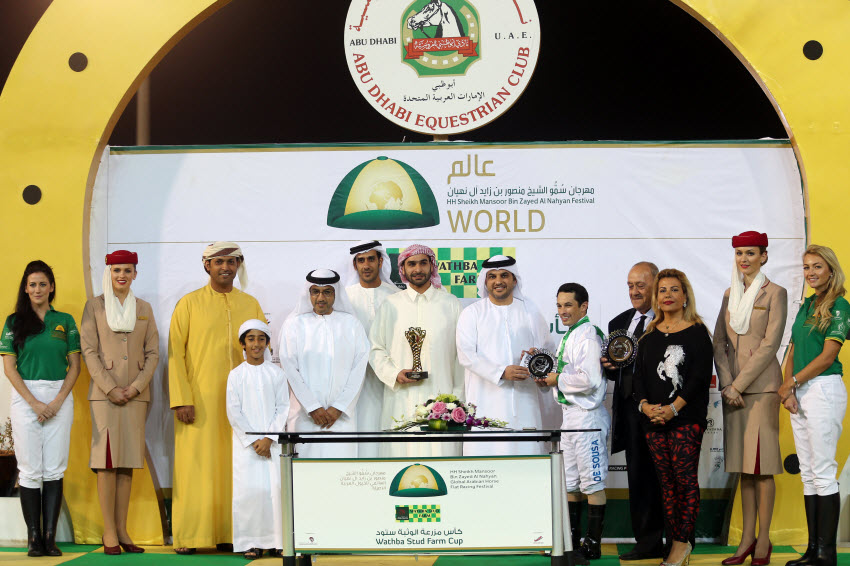 The jockey-trainer pair were at it for the second successive race in the series and this time it was Al Waqqaad that won the fifth race of the HH Sheikh Mansoor bin Zayed Al Nahyan Global Arabian Horse Flat Racing Festival’s the Wathba Stud Farm Cup For Private Owners Only, a Purebred Arabian Conditions contest at the Abu Dhabi Equestrian Club here on Sunday.

The six-year-old son of Nizam got up very strongly in the concluding stages to prevail by a short head in front of Ain Jaloot from Eric Lemartinel’s yard and ridden by Gerald Avranche in a tight finish at the busy end.

The winner covered the distance in 1:46:00 seconds to cross the line in front of Ain Jaloot as Wazn was 11 lengths away in third place under Royston Ffrench.

Deeb had last week saddled Najem S’Heel to win the fourth race of the series in the hands of De Sousa over a shorter distance at the same venue.

De Sousa commented: “Mr. Deeb is obviously a very good trainer and his horses always merit respect in these races.” 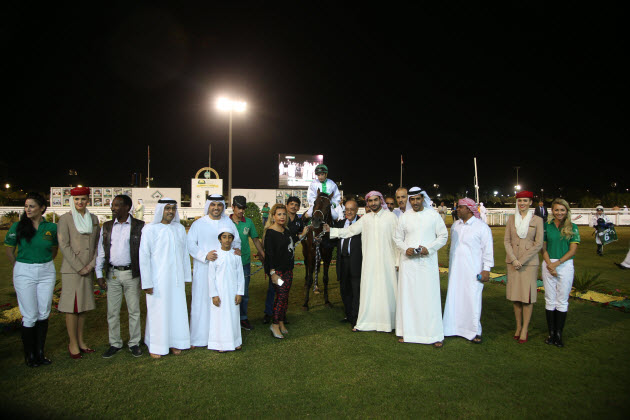 Trainer Saifaldin Deeb received the prize and special bonus of Dh10.000 on behalf of the owner and breeder of the winning horse Abdul Aziz Al Owais and commented: “We are all obliged to HH Sheikh Mansoor bin Zayed Al Nahyan, UAE Deputy Prime Minister and Minister of Presidential Affairs for his far-sighted vision to promote the breeding and owning of Arabian horses in the UAE and other parts of the world. The special prize-money which is provided by the HH Sheikh Mansoor bin Zayed Al Nahyan Global Arabian Horse Flat Racing Festival over and above the prize-money for the winning owner, trainer and jockey to support the breeding and owning of this noble creature will doubtless motivate more interested parties to join the industry.”