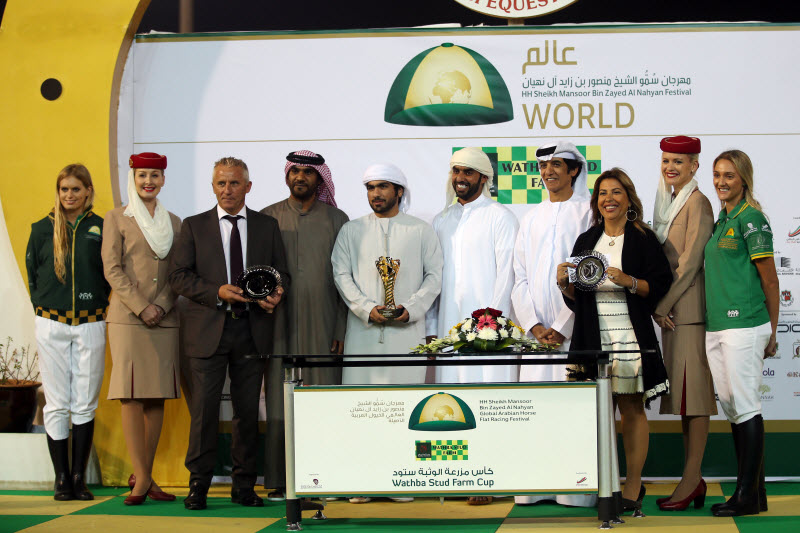 After a slow start, Ain Jaloot went wide at the home turn, but soon settled and raced from the centre of the track to prevail by six lengths with Vernet under Wayne Smith running in second and Major under Jose Santiago in third place.

The winning jockey Gerald Avranche was delighted and said. “My horse has started from the wide draw No. 10, but he settled well after the home turn and produced high speed when I urged him for that extra effort in the final two furlongs.”

French handler Eric Lemartinel added: “He’s a big, honest horse who has seldom run a bad race. He has finished in the money in seven of his nine starts including this race which marked his second career win.”

The five-year-old son of Amer is bred and owned by Mansour Al Yaqoub at the Al Yaqoub Arabians Farm Stud.

“The Wathba Stud Farm Cup races became a legitimate target for all owners thanks to the strong support of HH Sheikh Mansoor bin Zayed Al Nahyan and the festival. We have now enough races for our horses and that’s great,” the winning owner said.

Adnan Sultan, Director General of the Abu Dhabi equestrian Club said: “The Wathba Stud Farm Cup races provided a very good opportunity for the private owners to compete among themselves where there’s a big room for all to visit the winners enclosure more than once. The numbers of races have increased and the prize-money for the owners and breeders motivated many people to own and breed Arabian horses and this is the main objective of the competition.” 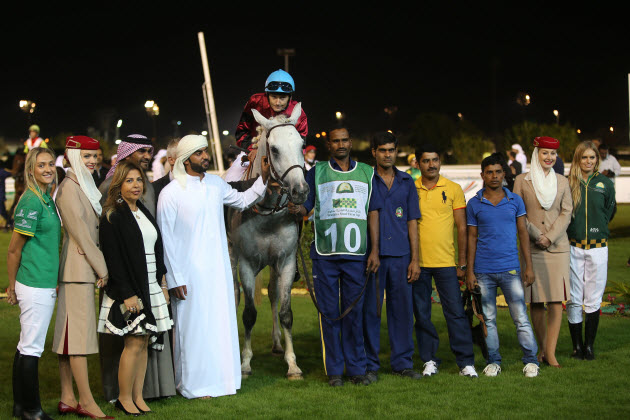 “This Wathba Stud Farm Cup series in very popular both here and in the rest of the world where it is organised. IT gives opportunities for the smaller breeders and owners to compete against each other and encourages them to further the cause of Purebred Arabian horses,” she said.

“On January 3, 2015 an international press conference will be staged to announce the calendar of the 2015 international activities of the festival as well,” Ms Sawaya said.