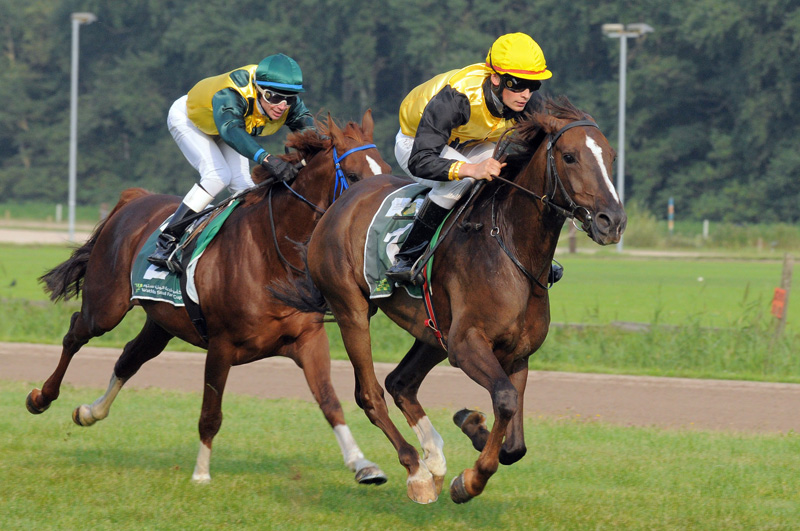 Jockey Roy van Eck led Shrek OA to a fine win with Parmant under Miquel Lopez and Sadiq under Bart de Konnick finishing in that order.

Eight horses took part in the 2000-metre turf race held at the Duindigt race course in The Netherlands on Sunday, August 25.

This is Shrek OA’s second win in the Wathba Stud Farm Cup as the five-year-old had also won last year’s 8th race in the 10-race series held in 2012.

“Equestrianism in general, and Purebred Arabian racing in particular, has been a part of the life and spirit of every Emirati and by promoting this sport globally the Festival seeks to enhance the status of Arabian racing,” he added.

“Under the directives and support of His Highness Sheikh Mansoor bin Zayed Al Nahyan, Deputy Prime Minister and Minister of Presidential Affairs and Her Highness Sheikha Fatima bint Mubarak, Chairwoman of the General Women’s Union, Supreme President of the Family Development Foundation (FDF) and Head of the Supreme Council for Motherhood and Childhood, the Festival has achieved tremendous success and we intend to continue and build on this,” Al Muhairi said.

Curtain comes down on Madrid edition